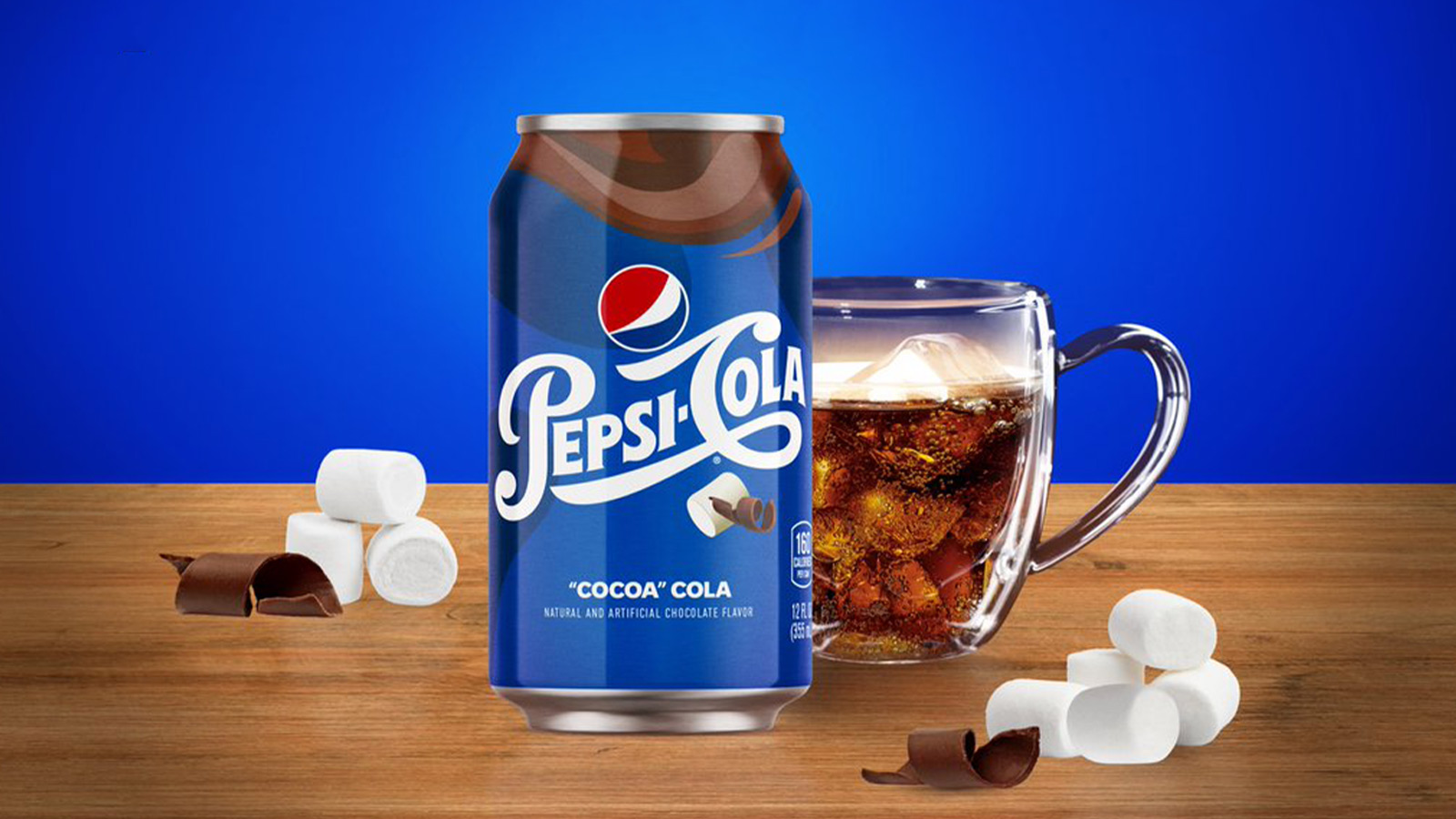 What is more comforting than relaxing with a hot cup of cocoa in hand on a blustery winter’s day? Well, Pepsi is betting that its new offering, Pepsi ‘Cocoa’ Cola, will give this time-honored favorite a run for its money. Pepsi describes its new cola as having “the delicious taste of a Pepsi with the delicious, wintry taste of chocolate and marshmallow.” The company playfully teased its Pepsi ‘Cocoa’ Cola in a tweet stating that, if their announcement for the new cola reached 2,021 retweets, it would release a batch. Needless to say, the goal was reached, and fans can expect to sample this new flavor in the near future.

Pepsi “Cocoa” Cola follows its limited-edition flavor, Pepsi Apple Pie, which was released last month ahead of Thanksgiving. According to the company, that iteration of its carbonated cola is designed to taste and smell like a sweet and comforting apple pie, complete with warm notes of cinnamon, crisp apples, and buttery pastry crust. With the release of Pepsi “Cocoa” Cola, there is speculation that this new offering may signal a return to the cola wars of the 70s and 80s in the new year. Time will tell. In the meantime, Pepsi fans can look forward to partaking in Pepsi “Cocoa” Cola sometime in early 2021.