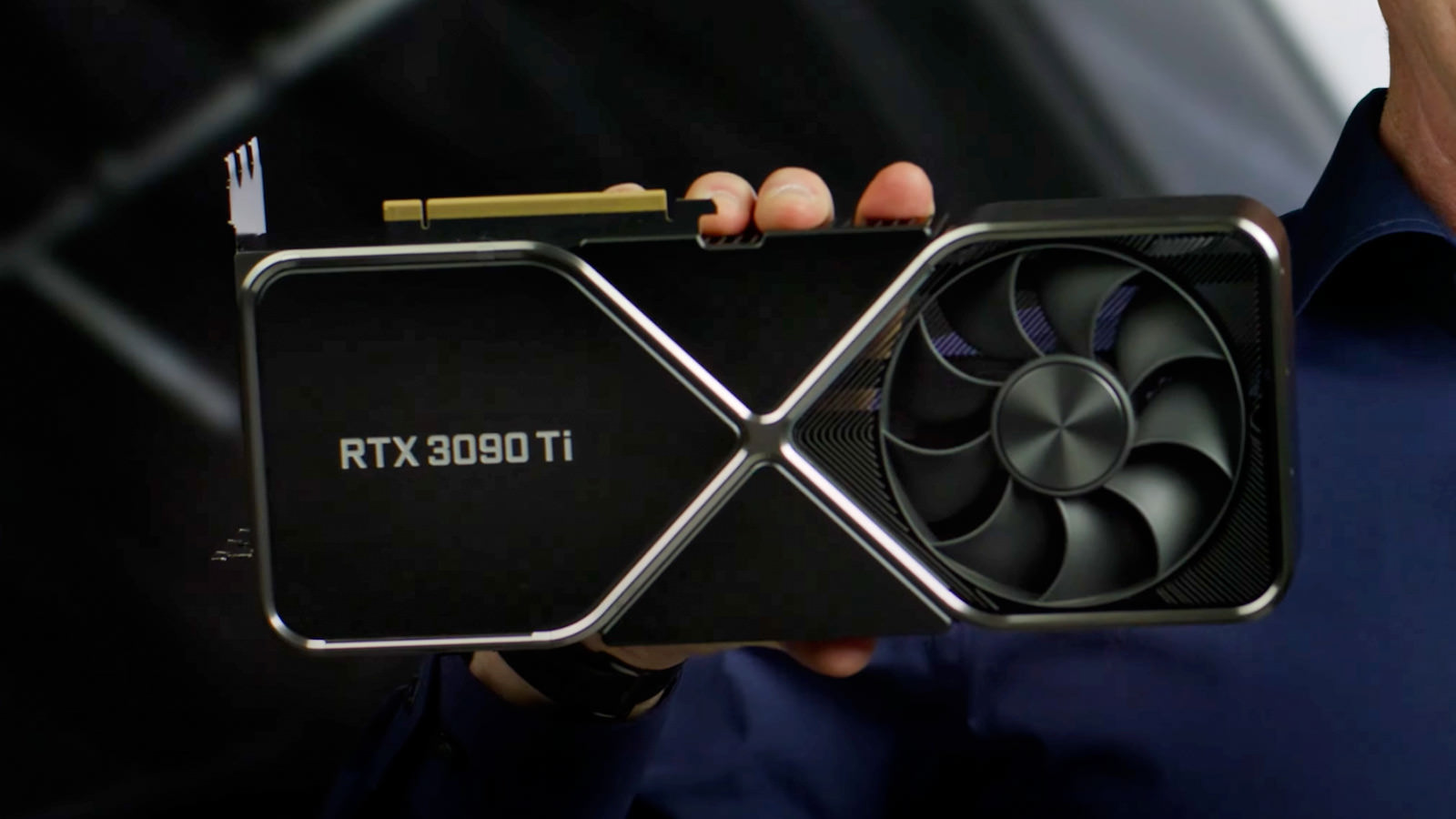 Nvidia is expanding its RTX technology wider with the unveiling of a number of new graphics cards including the RTX 3090 Ti. Nvidia made this announcement in a virtual event at the CES 2022 tech trade show in Las Vegas. The company said that more than a whopping 160 gaming and Nvidia Studio laptops are being unveiled at the show, as well.

Nvidia currently has the RTX 3090 at the top of its line, with the RTX 3080 Ti close behind and the RTX 3080 as the mainstream flagship. All three are based on the same GA102 chip, with the number of active cores, clock speeds, and memory configurations being the key differentiators. The newly-announced RTX 3090 Ti will usurp the 3090 as the ultra-high-end GPU outside of its creator line. Like the 3090, the 3090 Ti will have 24GB of GDDR6X memory, except it will be running at 21Gbit/s, the fastest memory ever, as opposed to the 19.5Gbit/s of the 3090’s memory. The GPU will operate at 40 teraflops for shaders, 78 teraflops for ray tracing, and 320 teraflops for AI computing. More details, including pricing, will be coming later this month.