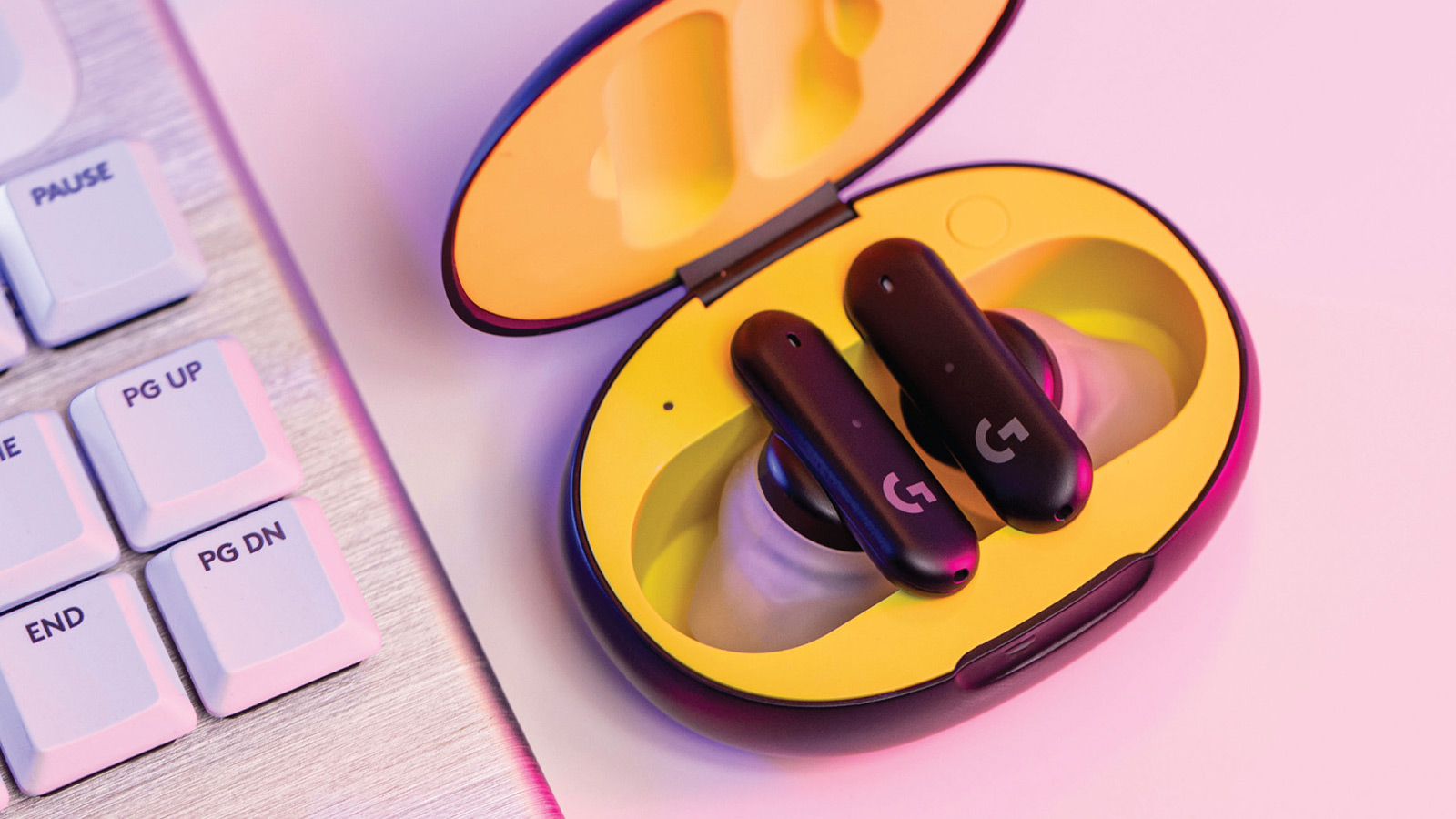 Logitech just announced their first built-for-gaming G FITS premium sound earbuds. They feature 10mm drivers and Lightform technology that shapes according to the user’s ear shape in sixty seconds. “This is the industry’s first custom-fit earbud for gaming,” said Ujesh Desai, Logitech vice president and general manager of Logitech Gaming. “Simply press a button, and our Lightform technology will give you a bud that molds perfectly in your ear. We combine this with our LIGHTSPEED wireless dongle to give you a wireless earbud with true gaming-grade performance.”

The earbuds boast three connection types – a USB dongle that connects wirelessly for precision timed audio, Game-Mode Bluetooth that reduces audio latency when gaming, and battery-saving standard Bluetooth connectivity for use with a mobile device or when precision isn’t a priority. Each earbud contains two built-in beamforming microphones for crystal clear conversations when playing with friends, streaming, talking on the phone, or during a Zoom meeting.

The G FITS features 15 hours of battery life with the charging case using the Lightspeed wireless USB dongle and 22 hours when using Bluetooth. They are also Certified Carbon Neutral due to Logitech’s investment in carbon offsetting projects. The Logitech G FITS True Wireless Gaming Earbuds will be launching in October, are available in black or white, and are priced at $230. Pre-ordering is now available from Logitech.

For more from the gaming space, check out the Corsair Xeneon Flex Gaming Monitor.