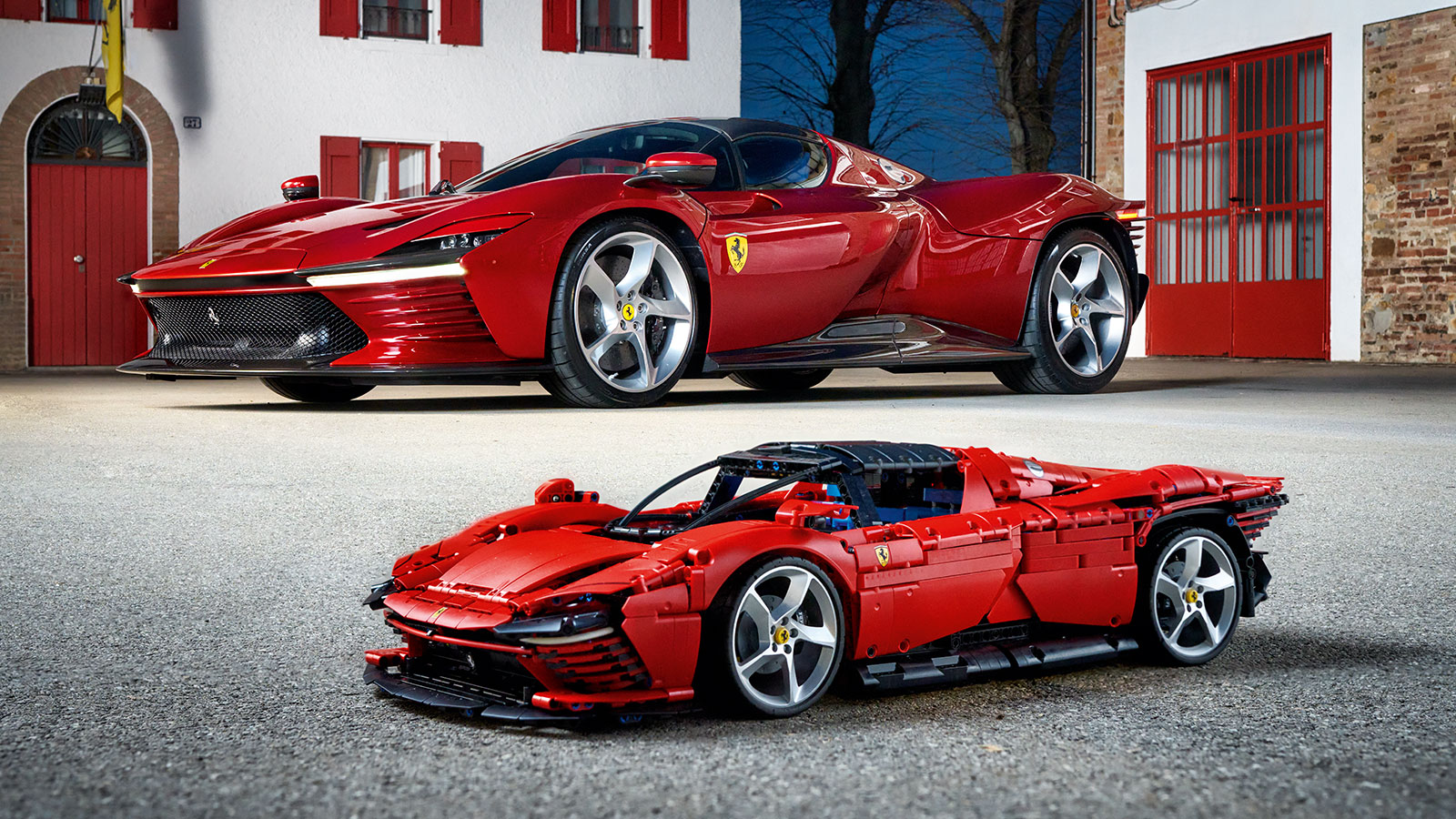 The LEGO Technic Ferrari Daytona SP3 incorporates a pair of working butterfly doors that open to unveil the sleek interior with a perfectly recreated cockpit with the prancing horse logo resplendent on the steering wheel, adding the final touches to this visionary model. Flavio Manzoni, Chief Design Officer at Ferrari, said of the new model: “Thanks to this outstanding recreation with LEGO elements, Ferrari and LEGO fans can now build this car piece-by-piece and feel like they are participants in the assembly process, with the opportunity to display the final model in their own homes, where they will be able to appreciate its beauty”.

In addition to the model, Ferrari and the LEGO Group will be offering a sneak peek behind the scenes of the Daytona SP3 design in an exclusive coffee table style book called LEGO Technic Daytona SP3, The Sense of Perfection. The book takes a deep dive into the innovation and engineering excellence that connects both brands and takes a closer look at the collaborative process of conceptualizing, designing, and producing the model. The book features interviews with LEGO Group and Ferrari designers and third-generation LEGO Group owner Kjeld Kirk Kristiansen on why the model means so much to him. LEGO Technic Daytona SP3, The Sense of Perfection will be available globally from June 1st in an exclusive print run of 5,000 copies. The LEGO Technic Ferrari Daytona SP3 will be available from June 1st exclusively from LEGO Stores globally, then in many retailers worldwide from August 1st.