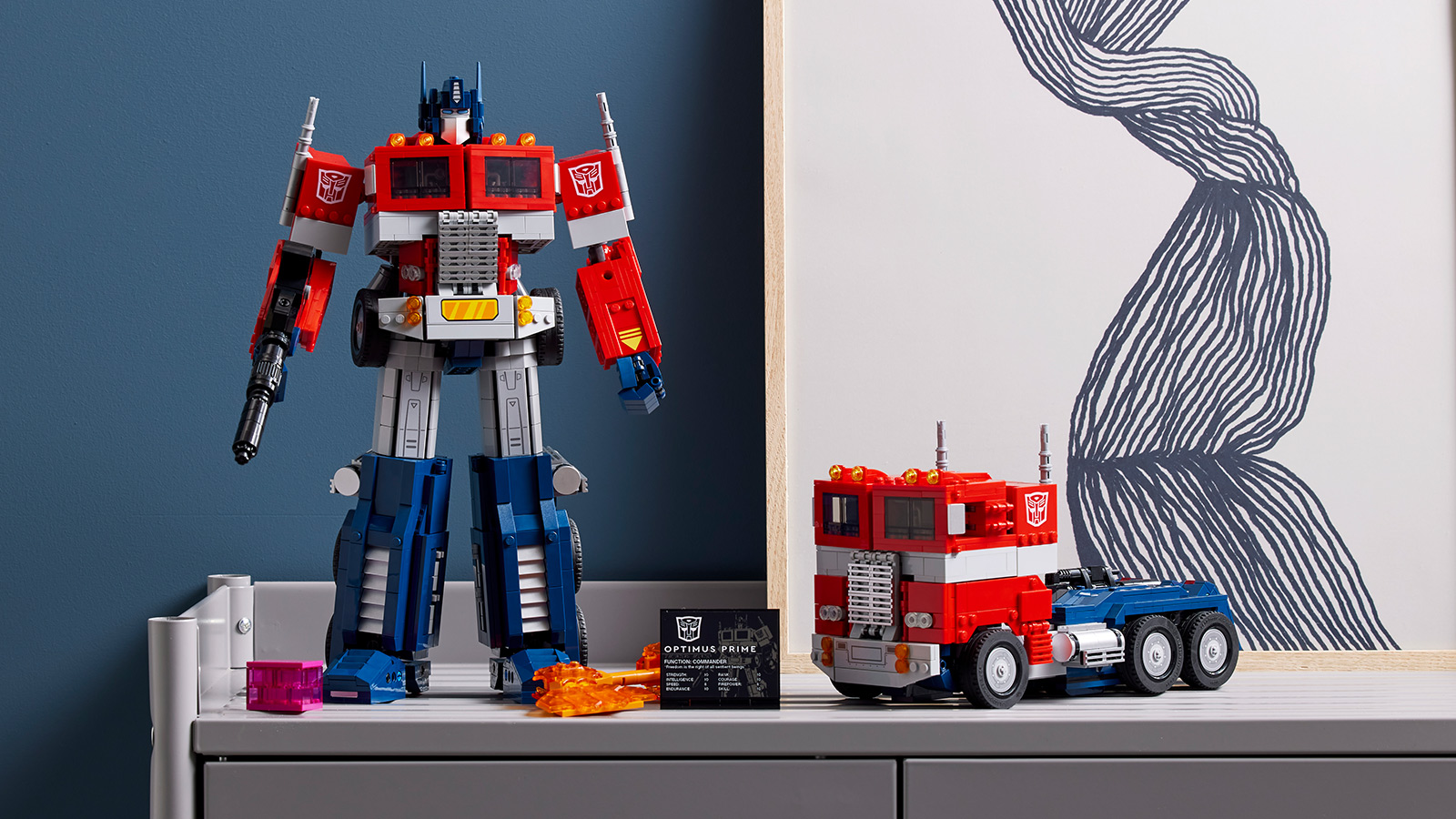 Two leading global toy companies, LEGO and Hasbro, have partnered for the very first time to introduce the LEGO Transformers Optimus Prime. Just like the original, this is one of the few LEGO sets that converts between two different models – a robot to a truck and back again, all without removing a single piece. Comprised of over 1,500 pieces, the massive set measures over 5.5-inches high, 10.5-inches long, and 4.5-inches wide in truck mode. In robot mode, the model stands over 13.5-inches tall. Once assembled, the figure features 19 points of articulation that allow builders to convert from robot to truck alt mode and back again.

The new LEGO Transformers Optimus Prime is based on the original Transformers animated TV series from 1984 and the original toy line. This new LEGO set includes remarkable attention to detail and features items such as the ion blaster, Energon axe, an Energon Cube, and the Autobot Matrix of Leadership which can be stored in the chest chamber. Senior Designer at the LEGO group, Joseph Patrick Kyde, comments, “Optimus Prime has become a pop-culture symbol of courage, selflessness, and great leadership as well as an awesome toy that embodies the problem-solving and creativity skills that both companies value so much.” Starting June 1st, the LEGO Transformers Optimus Prime will be available for purchase.