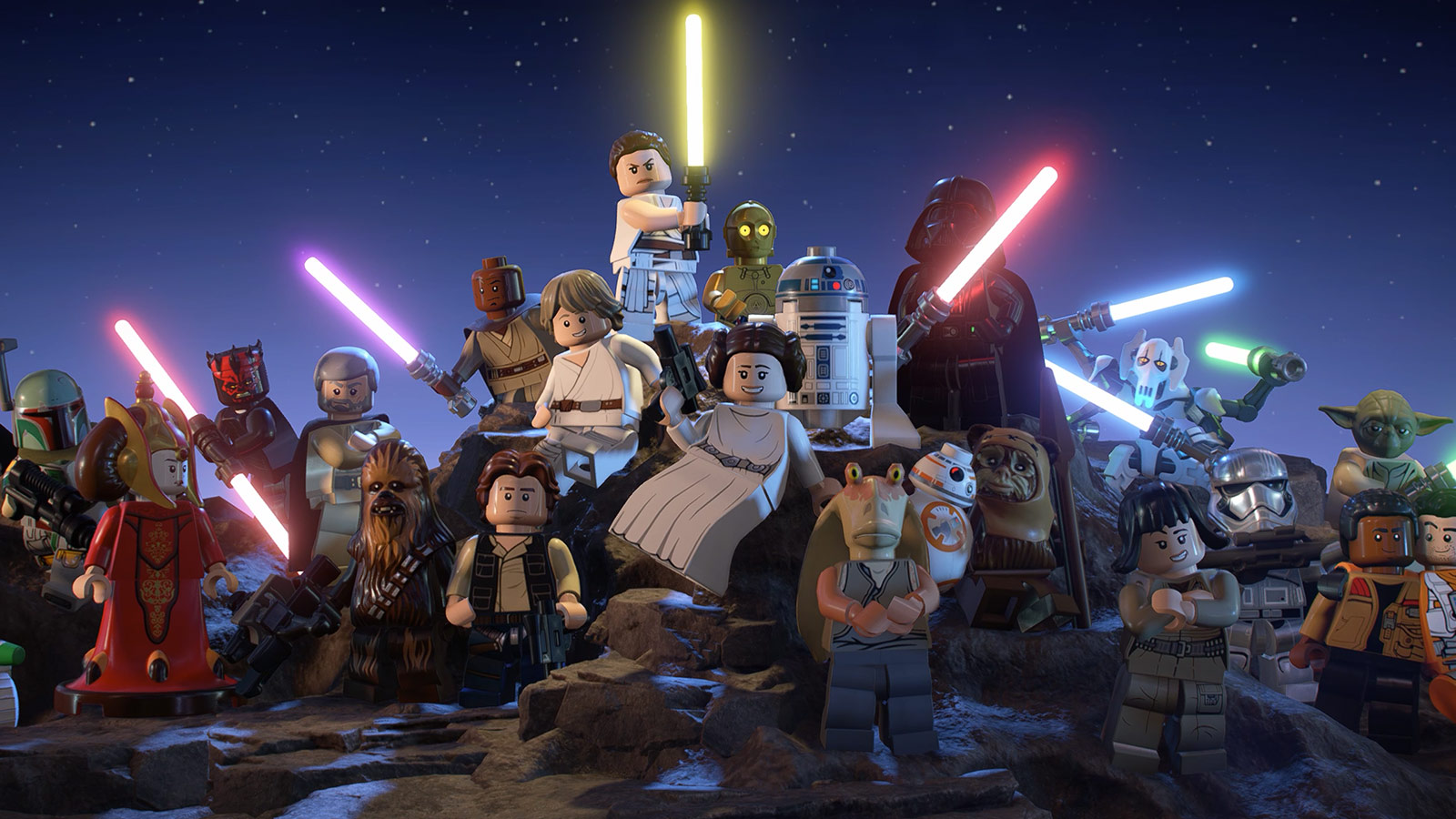 This week, the LEGO Group Warner Bros. Games, TT Games, and Lucasfilm Games dropped the LEGO Star Wars: The Skywalker Saga. LEGO says it is their most expansive video game featuring a massive roster of LEGO Star Wars characters and vehicles. This robust game allows fans to play through all nine films comprising the Star Wars franchise. The Skywalker Saga features hundreds of playable characters from throughout the galaxy. Jump to light speed in the Millennium Falcon, fly the T-47 Airspeeder and battle TIE fighters in Resistance X-wings… it is truly the ultimate LEGO Star Wars experience.

The Skywalker Saga is available for Xbox, PlayStation, Nintendo Switch, and PC. Additionally, there are immersive combat mechanics and planets to explore, and players can start at the beginning of The Phantom Menace, A New Hope, or The Force Awakens. Sean McEvoy, Head of LEGO Games, The LEGO Group comments, “It is a fun and accessible entry point to the Star Wars galaxy where kids and families can join forces and explore together.”

LEGO Star Wars: The Skywalker Saga Standard Edition is available for $60. The LEGO Star Wars: The Skywalker Saga Deluxe Edition is available for $70 and includes the base game, Character Collection (Season Pass), and physical retail versions will include an exclusive LEGO Star Wars minifigure, Luke Skywalker with Blue Milk. The Character Collection contains seven downloadable content (DLC) packs with playable characters from across the galaxy including many from outside the nine saga films. The DLC packs include The Mandalorian Season 1, Solo: A Star Wars Story, The Classic Characters, The Trooper Pack, Rogue One: A Star Wars Story, The Mandalorian Season 2, and The Bad Batch.

For more from LEGO, check out the LEGO Star Wars Building Sets.