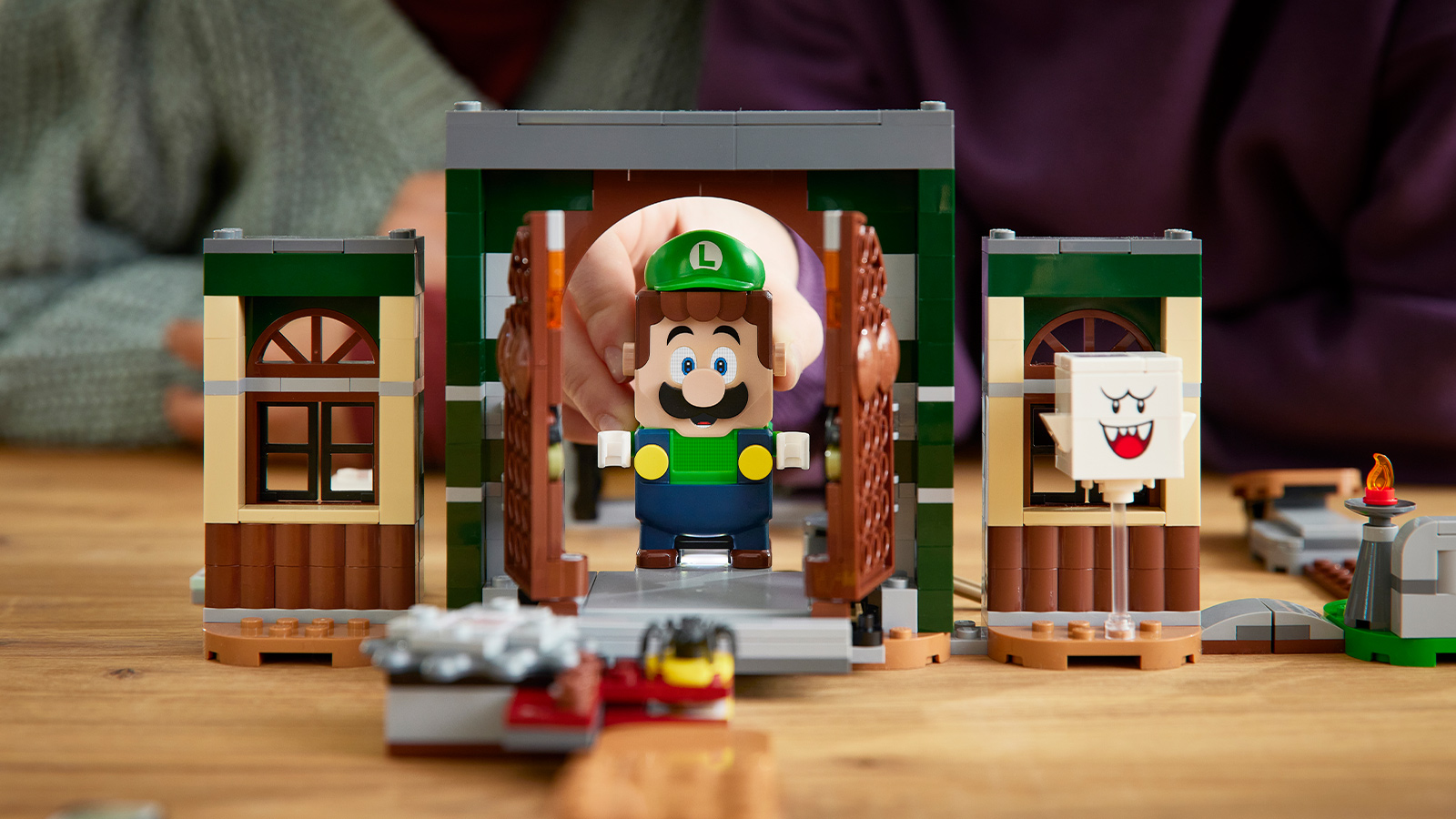 Fans who played the old Super Mario games on Nintendo, or even play the updated games available on the newest Nintendo Switch OLED Model game console will be excited to learn about one of LEGO’s newest releases: The LEGO Super Mario Luigi’s Mansion Sets.  These sets are based on the Luigi’s Mansion game that first came out in 2001, but has had quite a few incarnations since then. There are three new sets being offered as part of the series featuring Luigi’s Mansion. They include the Lab and Poltergeist Expansion Set, the Entryway Expansion Set, and the Haunt-and-Seek Expansion Set.

The Haunt-and-Seek Expansion Set, which consists of 877 bricks, enables builders to create a gem-hunting, ghost-battling Super Mario level, which features a brand new start plate and rotating hallway to access each room. Add a brick-built mansion entrance and cemetery with the 504-piece LEGO’s Entryway Expansion Set. This set also features the new start plate as well as a gate, and a shadow ball to knock over Bogmire. There is a rotating platform and a digital Golden Bone to collect for Polterpup inside the mansion’s entrance. The Luigi’s Mansion Lab and Poltergeist Expansion Set brings a ghost-catching challenge to the LEGO Super Mario Universe. This 179-piece set includes a lab machine that offers digital coin rewards and also a start plate that triggers different background music, a lab table with buildable potions, and a toolbox. The idea, of course, is to collect all three sets and connect them for an ultimate style Luigi’s Mansion universe. LEGO Super Mario Luigi’s Mansion Sets will be on shelves as of January 1, 2022.