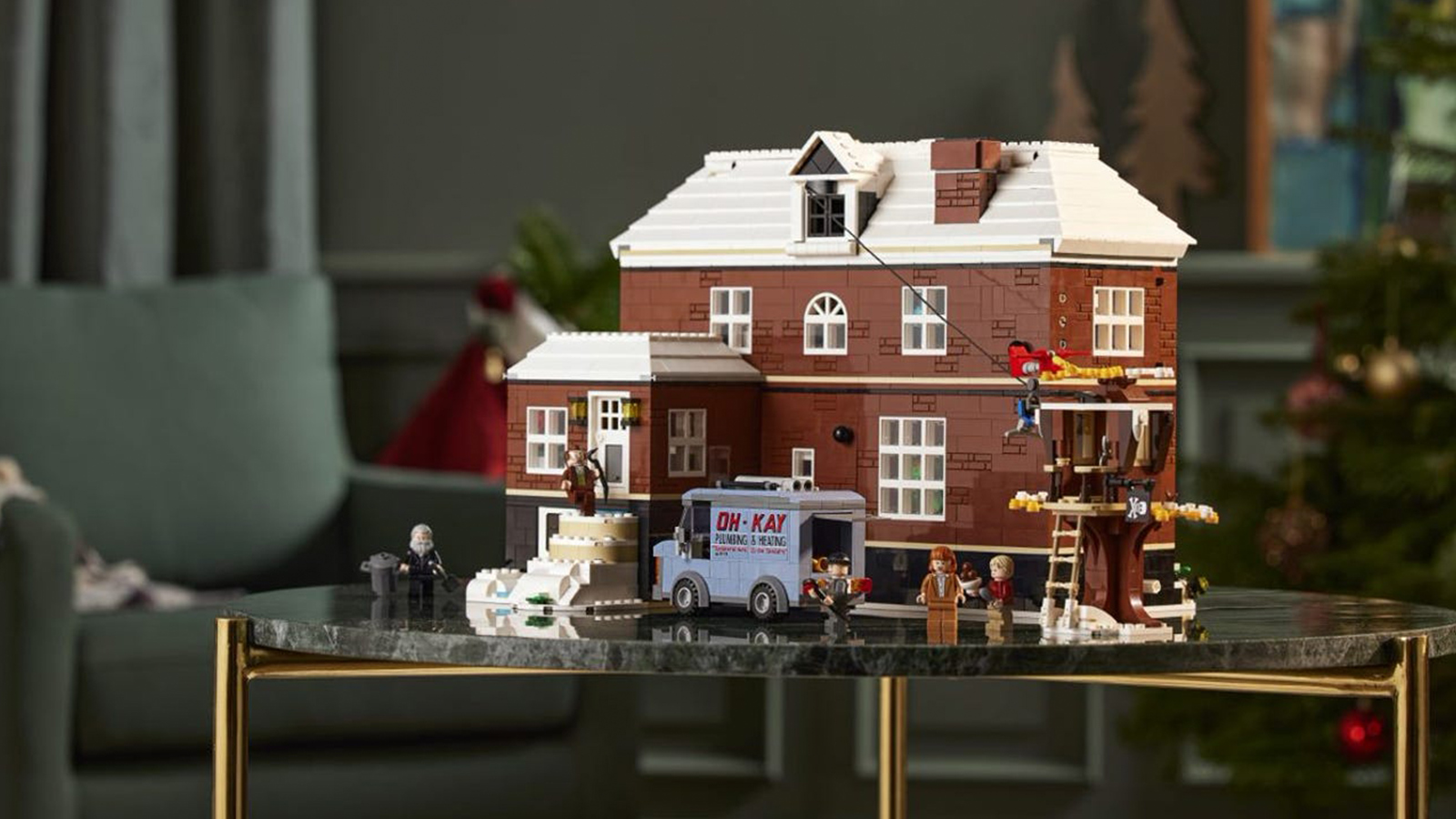 Thanks to LEGO fan Alex Storozhuk from Ukraine, LEGO Ideas has announced the upcoming release of its new Home Alone Set. Alex submitted his design for an incredibly detailed recreation of the McCallister family home from the beloved Home Alone movie, and LEGO Ideas transformed it into an impressive 3,995 piece set. Representing the largest set created from a LEGO Ideas concept, Home Alone accurately captures not only the home but also the features that tell the story of Kevin McCallister’s crazy antics while home alone over Christmas vacation.

As fans know, the 1990 classic film is about Kevin, the rambunctious eight-year-old boy played by Macaulay Culkin, who is accidentally left home alone by his family during Christmas vacation. On top of that, he also finds himself protecting his house from two burglars Harry, played by Joe Pesci, and Marv, played by Daniel Stern. Both the house’s interior and exterior layouts are true to the movie and include the ground and first floor, kitchen, basement, and attic. LEGO has incorporated a new opening mechanism that enables the house to be opened up. While the walls separate in the middle to open sideways to reveal the interior, the roof also opens upwards.

Each room in the Home Alone set is chock full of details from the movie, including the after-shave lotion from “The Scream” bathroom scene, Buzz’s pet tarantula, the robbers’ van, the paint cans used to knock them out, and the treehouse with the zipline. Builders will find other features including the fireplace, Christmas tree, a toy train, grandfather clock, dining table, and a record player. To top it all off, the set comes with the main characters of the movie in LEGO Minifigure form, including; Kevin, robbers Harry and Marv, the old man Marley, and Kevin’s mom, Kate. The fully-built set measures 11-inches high, 14-inches wide, and 15-inches deep.  LEGO will release the Home Alone set starting on November 1st.

For another soon-to-be-released set, check out the LEGO Batman-Batmobile.