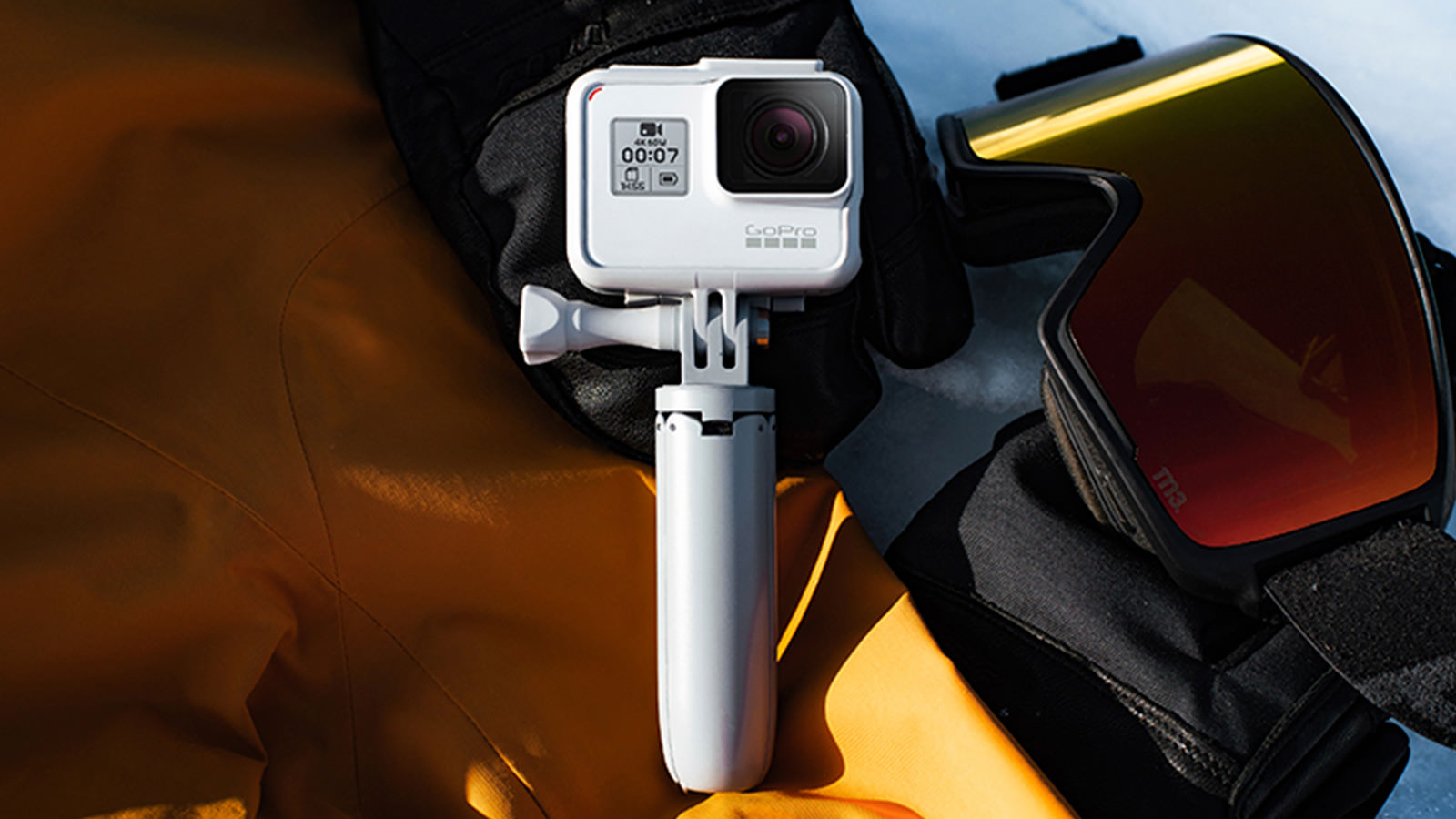 Kleenex. Band-Aid. ChapStick. As a testament to their extreme originality, quality, and ubiquity, certain brands have become synonymous with the product that they (and even their competitors!) produce. It’s a tricky feat to be sure, but GoPro has managed to pull it off when it comes to portable action cameras.

GoPro isn’t content to rest on its laurels, however, as the company has continued to push technology forward over the past 17 years. GoPro has taken a giant step forward with the HERO7 Black and its standout HyperSmooth video stabilization system. Providing “gimbal-like stabilization without the gimbal,” HyperSmooth automatically smooths out shaky video – kind of a key feature to have, really, when you’re strapping your GoPro to your helmet before tackling that bumpy mountain bike trail. And this camera? The Black Dusk White edition is a limited colorway of the flagship HERO7 Black. The extremely rugged and completely waterproof GoPro HERO7 also offers intuitive voice control and live streaming capabilities.