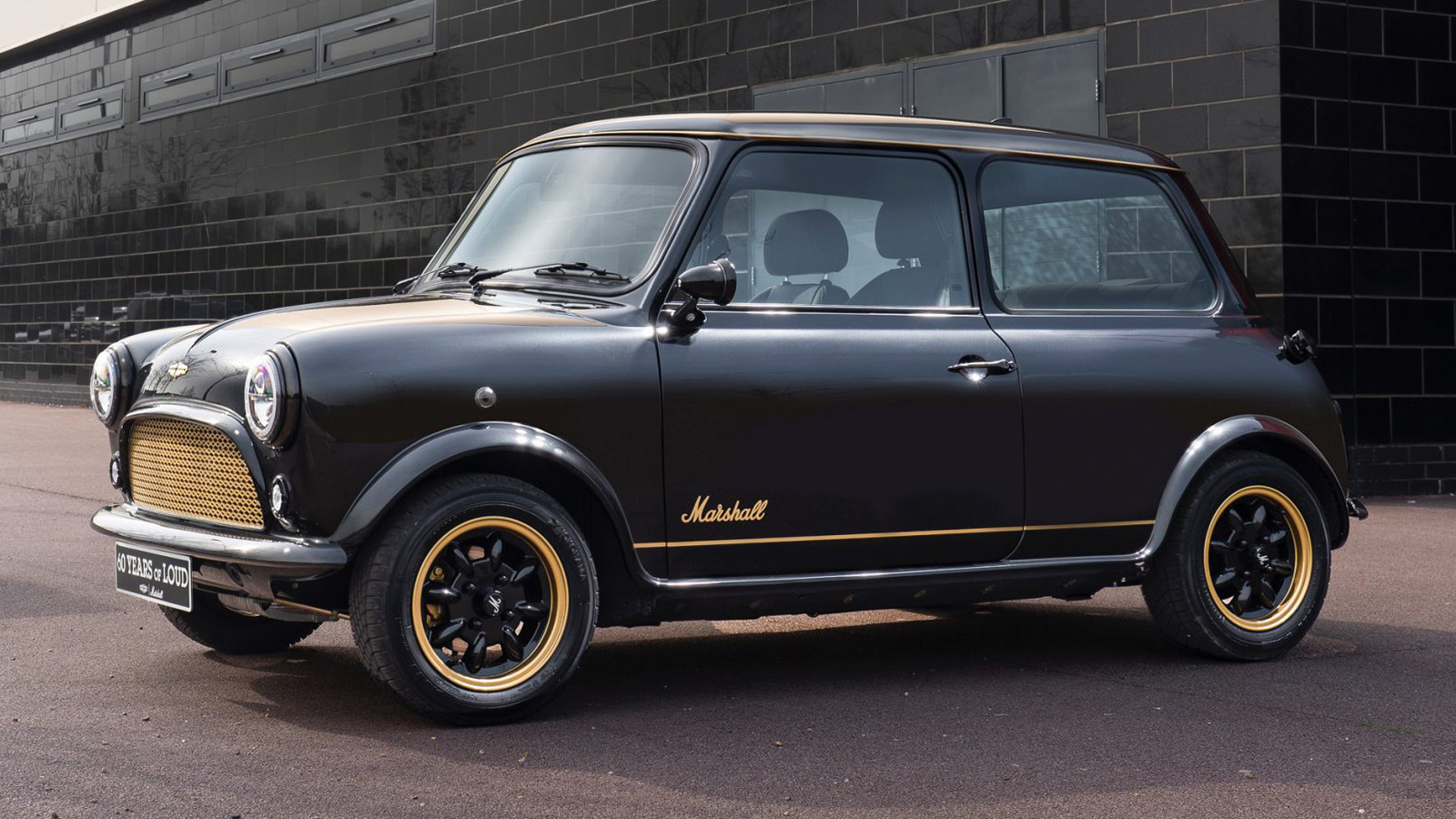 David Brown Automotive (DBA) has earned a reputation for restoring original MINI Coopers into posh restomods with bespoke themes. DBA’s latest four-wheeled work of art is the MINI Remastered Marshall Edition. The theme for this old MINI with new tricks is a rock-and-rolling celebration in honor of Marshall’s 60th anniversary. Being a renowned audio company, the engineers at Marshall worked with DBA to give the MINI a functional amplifier in the trunk.

Besides the ready-to-rock junk in the trunk, the DBA MINI Remastered Marshall Edition hosts a series of bespoke details. The Marshall Edition MINI is dressed in an exclusive shade of Marshall Black matte-finish paint with gold-painted accents and custom emblems. The car’s front grille is gold mesh to match the amplifier. Moreover, the MINI rolls on 12-inch black wheels with gold-painted brake calipers.

Inside the restored DBA MINI, the Marshall amplifier is housed in a custom leather-lined cargo area. As one would expect, the MINI Remastered Marshall Edition features an upgraded audio system. It has dashboard-mounted twitters, extra speakers in the doors, and a Bluetooth speaker. Under the hood, buyers will find a 1.33-liter A-Series four-banger with a five-speed transmission.

David Brown Automotive announced it would only build 60 examples of the Marshall Edition MINI Cooper. Among the limited-production, customers can choose between left or right-hand drive configurations. Pricing has not been announced, but expect it to be high, considering each MINI Remastered Marshall Edition is hand-built. However, one comforting thought is part of each sale will be donated to the Music Venue Trust – a charity for independent artists in the UK.

For more news from MINI, check out the MINI Strip, a collaboration between MINI and designer Sir Paul Smith. 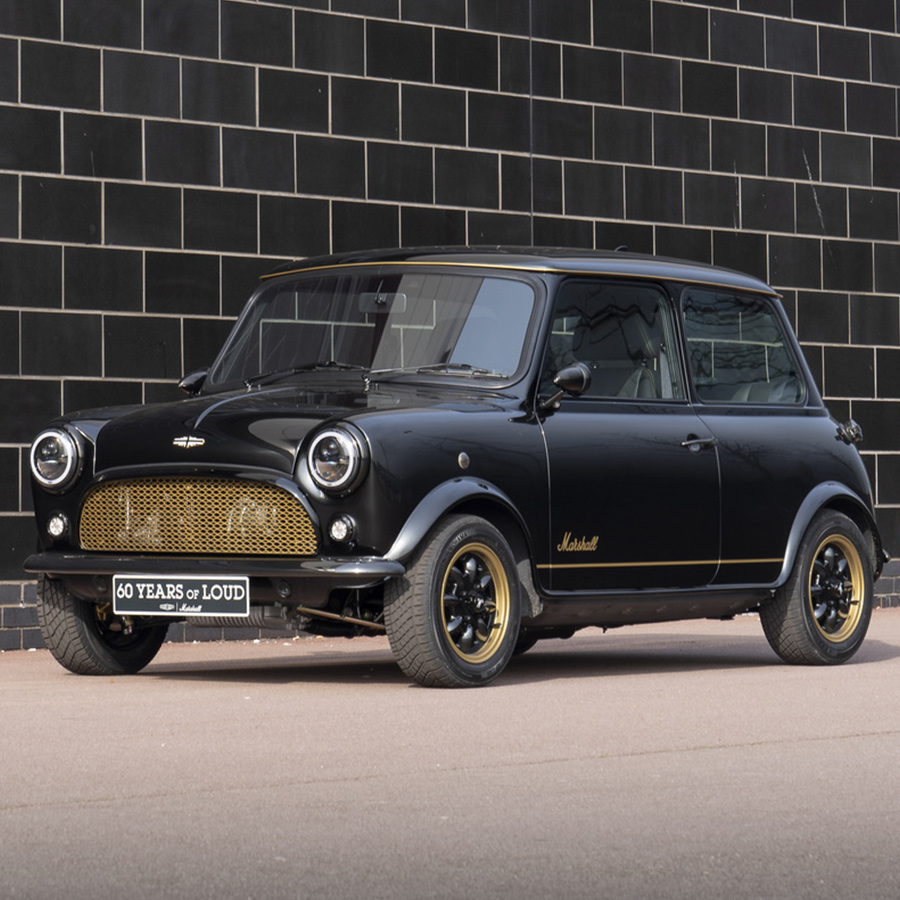