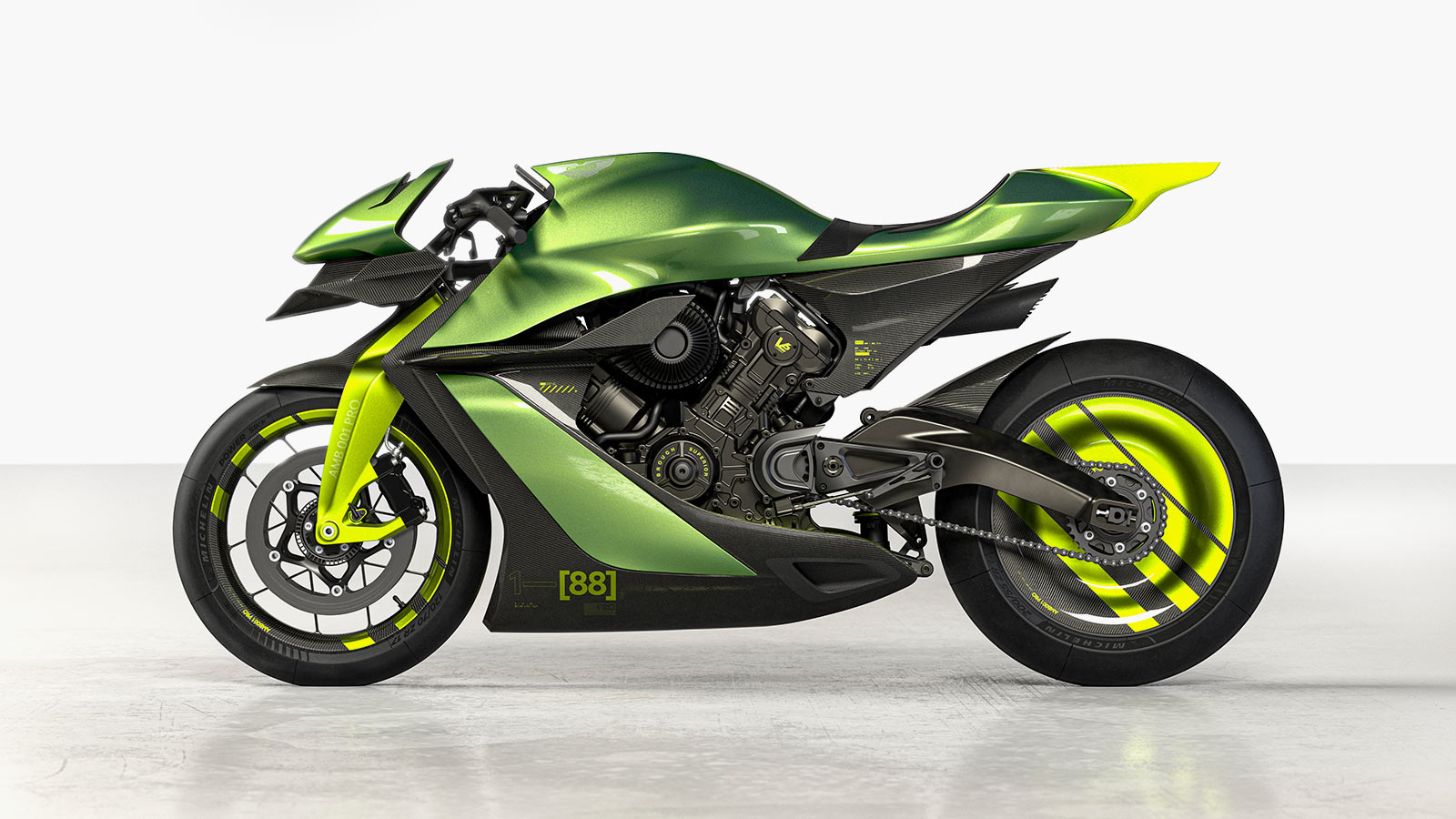 In 2019, Aston Martin unveiled its first motorcycle, the AMB 001, in collaboration with Brough Superior at the EICMA Milan Motorcycle Show. Now, it’s introducing its second two-wheel collaboration dubbed the AMB 001 Pro, which picks up where its predecessor left off by adding more power.

This track-only superbike reportedly has 25 percent more power than the AMB 001. Its 997cc engine now produces 225 hp, offering a power-to-weight ratio on par with a Formula 1 race car. The engineering involved constructing the dual-cylinder engine from Al 5000 solid billet. It also features a new cylinder design with wet cylinder liners for improved cooling.

The Aston Martin Brough Superior AMB 001 Pro features increased downforce using a front spoiler and side wings. In addition, the bike’s front cowl is now fixed to the bodywork to add downforce at the front of the motorcycle. Aerodynamically, the air blade helps direct passing air over the rider at speed. Moreover, airflow is channeled through the bike’s large integrated intake into the front wing, through the front cowl, and then deflected through the windshield. At the rear, a fin with an aero stabilizer helps keep the rear wheel on the ground.

Only 88 examples of the AMB 001 Pro are available. Each superbike features a racing livery with a bespoke, lightweight Aston Martin lacewing badge. According to Aston Martin, this badge is a whopping 99.4% lighter than standard and is displayed on the bike’s nose cowl and gas tank.

In other motorcycle news, check out the 2023 Ducati Monster SP Superbike. 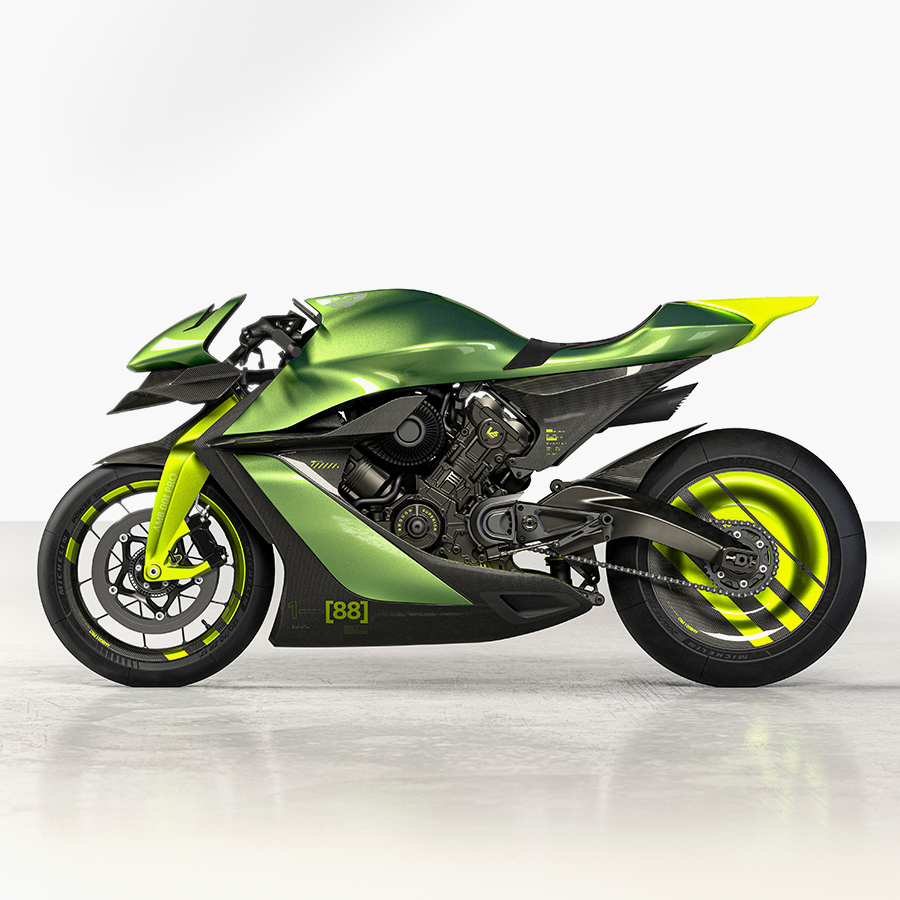