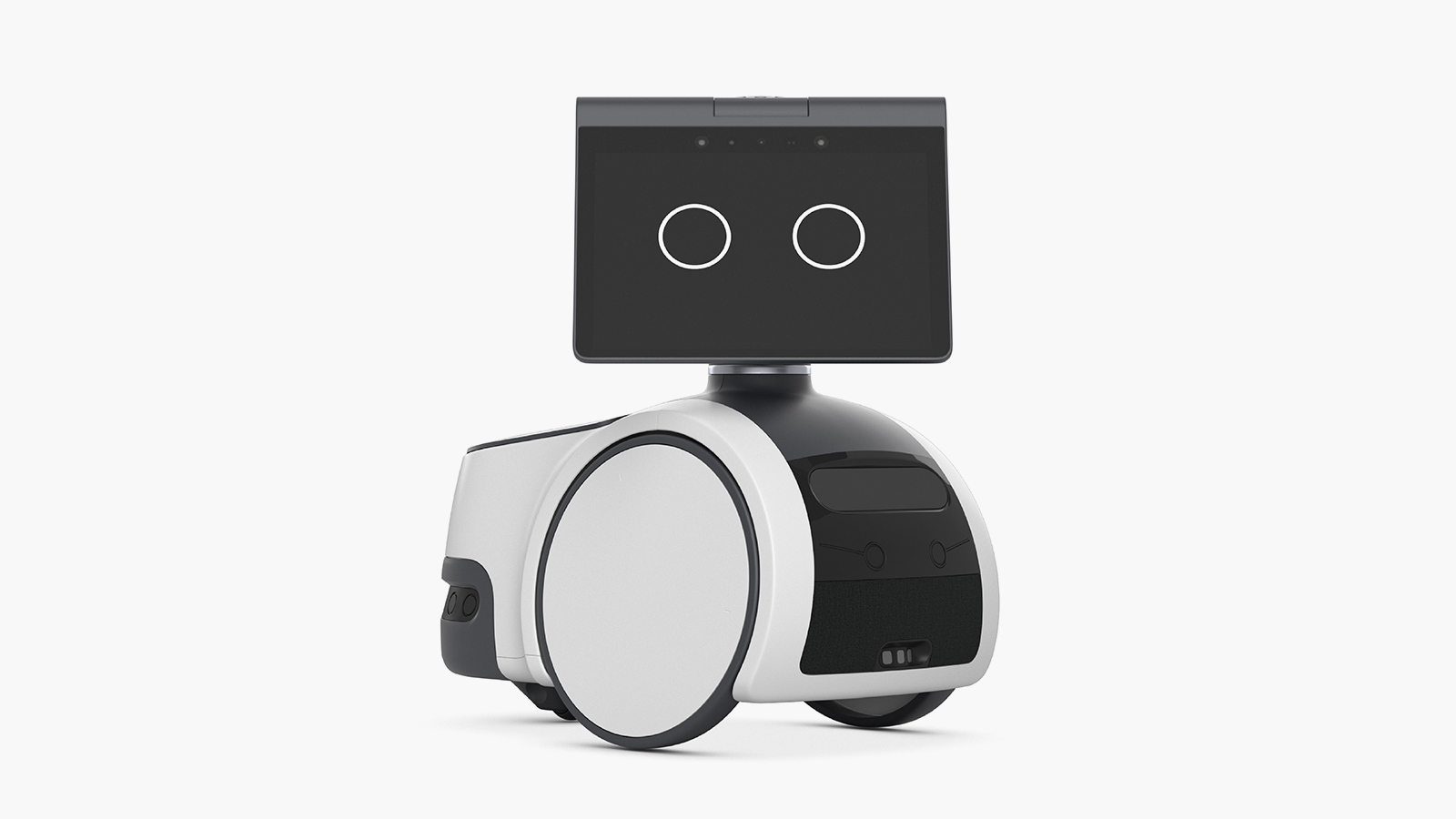 This week, Amazon literally rolled out its new home robot called Astro, which is a 20-pound, squat, wheeled device with a 10-inch touchscreen on the front sporting circles that look like eyes.  Amazon promises Astro will be able to patrol your home while you are away, carry small objects from room to room (as long as a human places the object in its storage compartment), follow a person around with its periscope camera while on a video call, play music, and play games with children, as well as carry out a bevy of other small tasks. Amazon devices czar Dave Limp, who has had one of these bots bopping around his home for almost a year, said the most useful features for him are the eyes and ears on different areas of the home. “It’s surprisingly delightful to be away from your house on a holiday and have this thing go to waypoints throughout your house, and you kind of get a dog’s eye view of the world of your home,” he said.

Amazon promises efficient navigation through the home with Astro as is it equipped with SLAM (simultaneous localization and mapping) navigation technology. SLAM technology allows Astro to pick up on walls and obstacles in front of it, even those that were not there moments before. The ability to detect new items and dodge around them means Astro can be used in a child’s playroom. Even scattered toys won’t interfere with its navigation. The robot has both active and passive braking capabilities. If a pet runs in front of Astro, it will stop without being told. This fast response is not just a safety feature — it speaks to how quickly Astro can process information and respond to obstacles.

Amazon’s Astro is being made in small quantities to start, as the brand figures out exactly what the robot will be capable of ultimately, so it is starting it off as an invite-only product. The Alexa-enabled assistant robot will ultimately cost $1,450.00, but it is available as part of Amazon’s Day 1 Editions program for $1,000 and comes bundled with a six-month trial of Ring Protect Pro service. Those interested can submit invite requests on Amazon, and the company has indicated that it will begin granting invitations and shipping Astro devices to US customers “later this year.

For more on Amazon, check out its new Kindle Paperwhite and New Paperwhite Signature Edition.