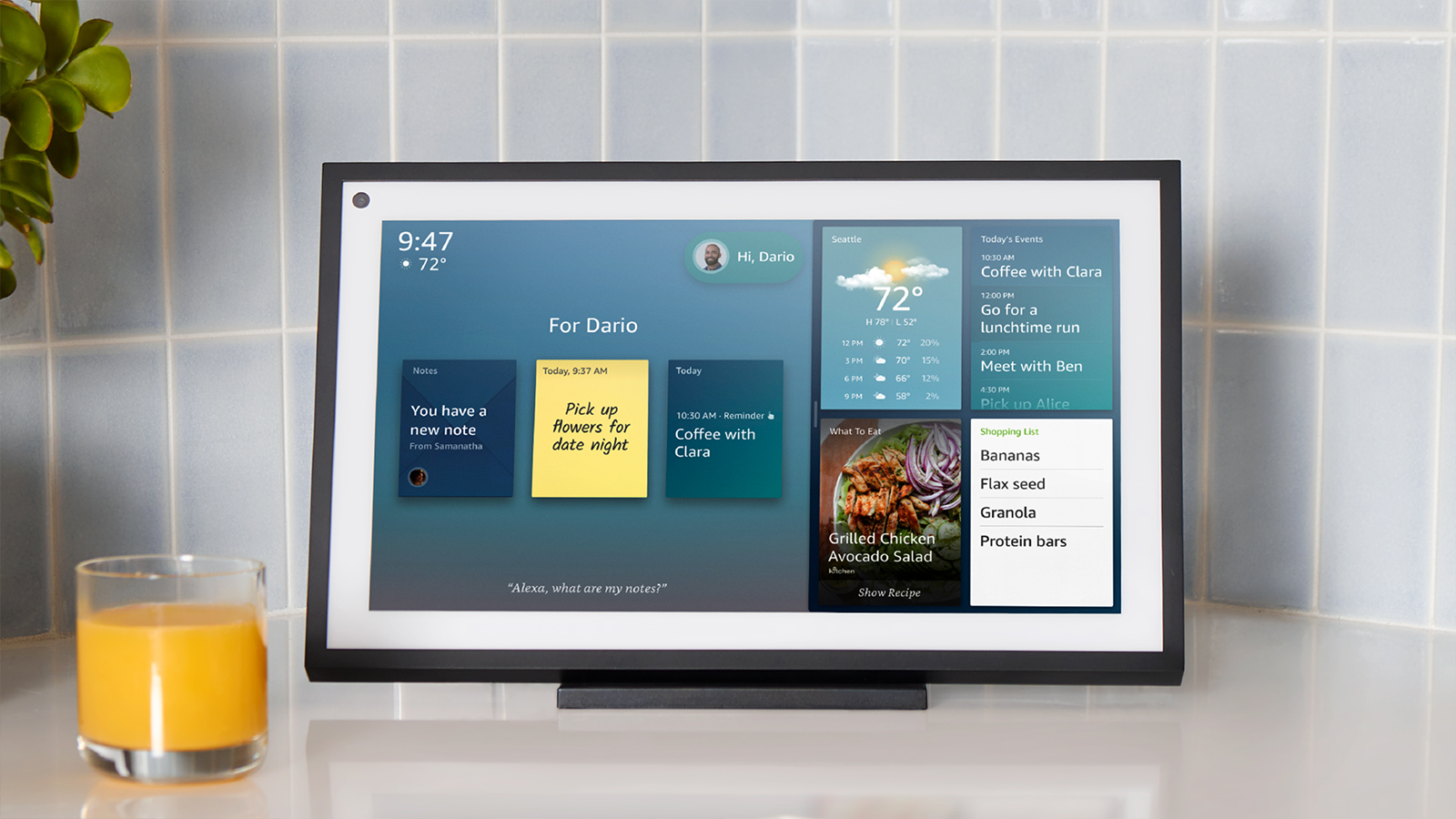 With a different design from Amazon’s prior models, and with the largest smart display ever, we will soon be able to purchase the new 15.6-inch Amazon Echo Show 15. Instead of being a touchscreen attached to a bulky speaker, the Echo Show 15 is flat and can be hung on the wall. Amazon is positioning the device to be a shared hub for families to view things like upcoming calendar appointments, to-dos, sticky note reminders, and shopping lists. It envisions it being placed in communal spaces — a living room, a frequently accessed hallway, and, of course, the kitchen. The Echo Show 15 is capable of all the things prior Echo Show smart displays could do, such as playing music, showing weather reports, streaming video, controlling smart home gadgets, and all the other things users can ask Alexa for.

Its larger screen also comes into play with Amazon’s new picture-in-picture feature, which allows you to view a security camera feed or video doorbell while also looking at other content. For those times when it seems like you haven’t seen a family member in person for ages, the Echo Show 15 can also help relay messages. The sticky notes widgets let you leave notes for a specific person that will only show up when Alexa recognizes that person’s face in front of its 5MP camera. Scheduled to be released sometime this year, the device is the first Echo Show to support full HD resolution streaming from Netflix, Amazon Prime Video, Hulu, and others. Amazon also announced that TikTok and Sling TV support is coming to its entire line of smart displays.

Also in Amazon news, check out the brand’s first robot – the Amazon Astro.