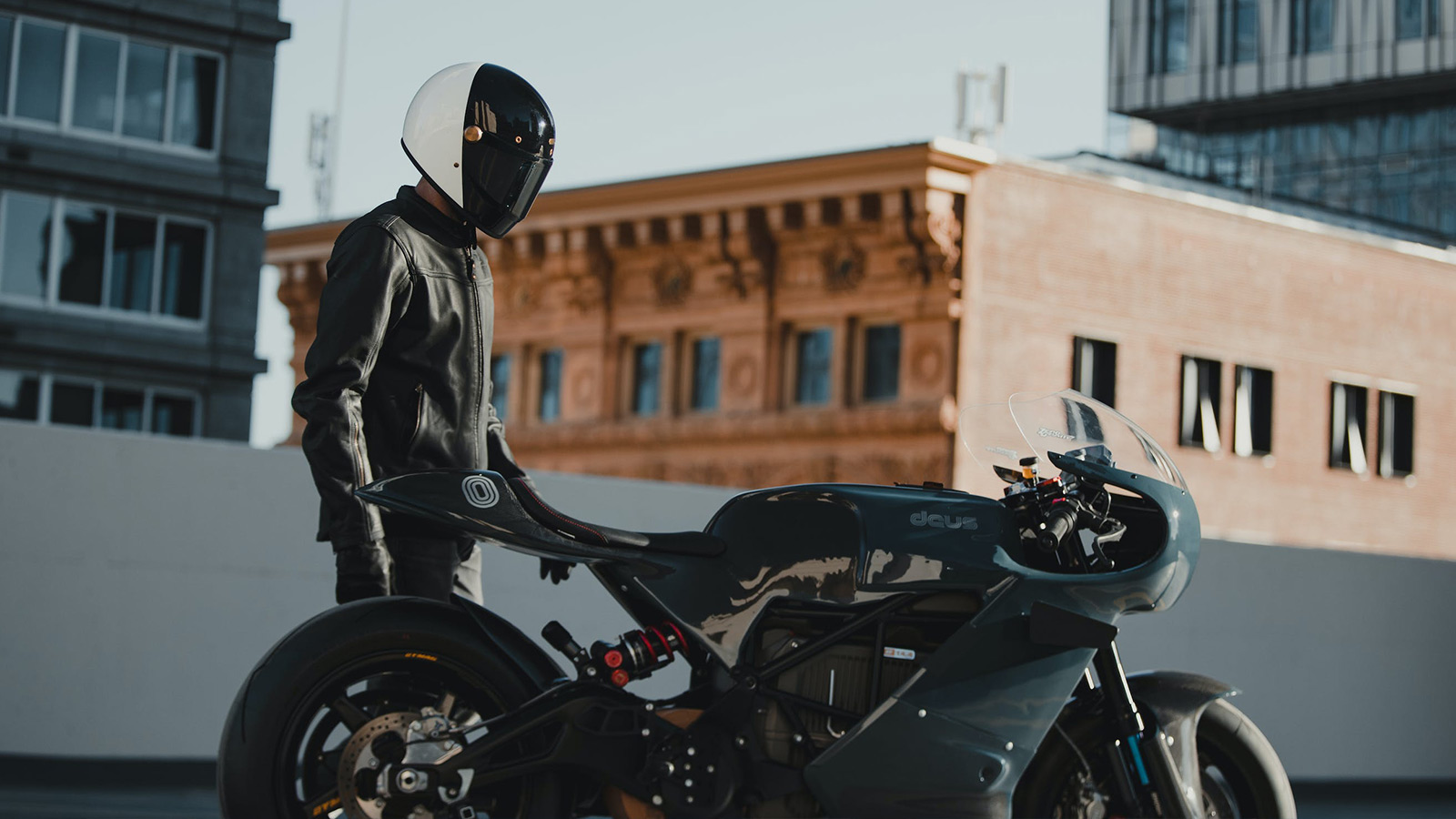 The Zero SR/S is a fully electric sports motorcycle born at an intersection of beginnings and endings. This bike’s build came about from a collaboration between Zero Motorcycles and Deus ex Machina led by custom fabricator Michael “Woolie” Woolaway. The SR/S is the first electric bike for both Deus and Woolie, and it is also the last motorcycle he will be building under Deus as he moves on to the next chapter in his career. The Zero SR/S is a swan song in the dawn of a new era. This carbon fiber electric sports bike’s vision was seen through rose-tinted glasses of the past and machined with the latest technology of the foreshadowing present.

One critical detail about the Zero SR/S is that it does not have any foot controls. Instead of a foot brake, the SR/S features a custom thumb brake. Woolie states this is not a traditional motorcycle. The bike’s design is heavily inspired by competition racing motorcycles of the 1970s. A unique design feature added by Woolie is a set of wings adapted from a Formula One race car’s front winglet that was cut and stuck on to the side of the bike. Looking down the SR/S’s face, you can see the wings stick out like ears.

Powering the SR/S is a 900 amp electric motor with a Z-Force Li-Ion intelligent integrated battery pack capable of 14.4 kWh. This set up allows the SR/S to deliver 110 horsepower and 140 pound-feet of instantaneous torque using a clutchless direct drive system. That’s enough to push the bike to a top speed of 124 miles per hour, and Zero stats the SR/S has a 200-mile range battery tank with 161 miles of range in the city. This motorcycle burrs the line between race and street legal using competition suspension components for added performance. It gives the 505-pound electric motorcycle everything it needs to excite experienced riders and intimidate those who have never ridden lightning on two wheels. In terms of music, this motorcycle is AC/DC’s 1976 album High Voltage – ready to rock.