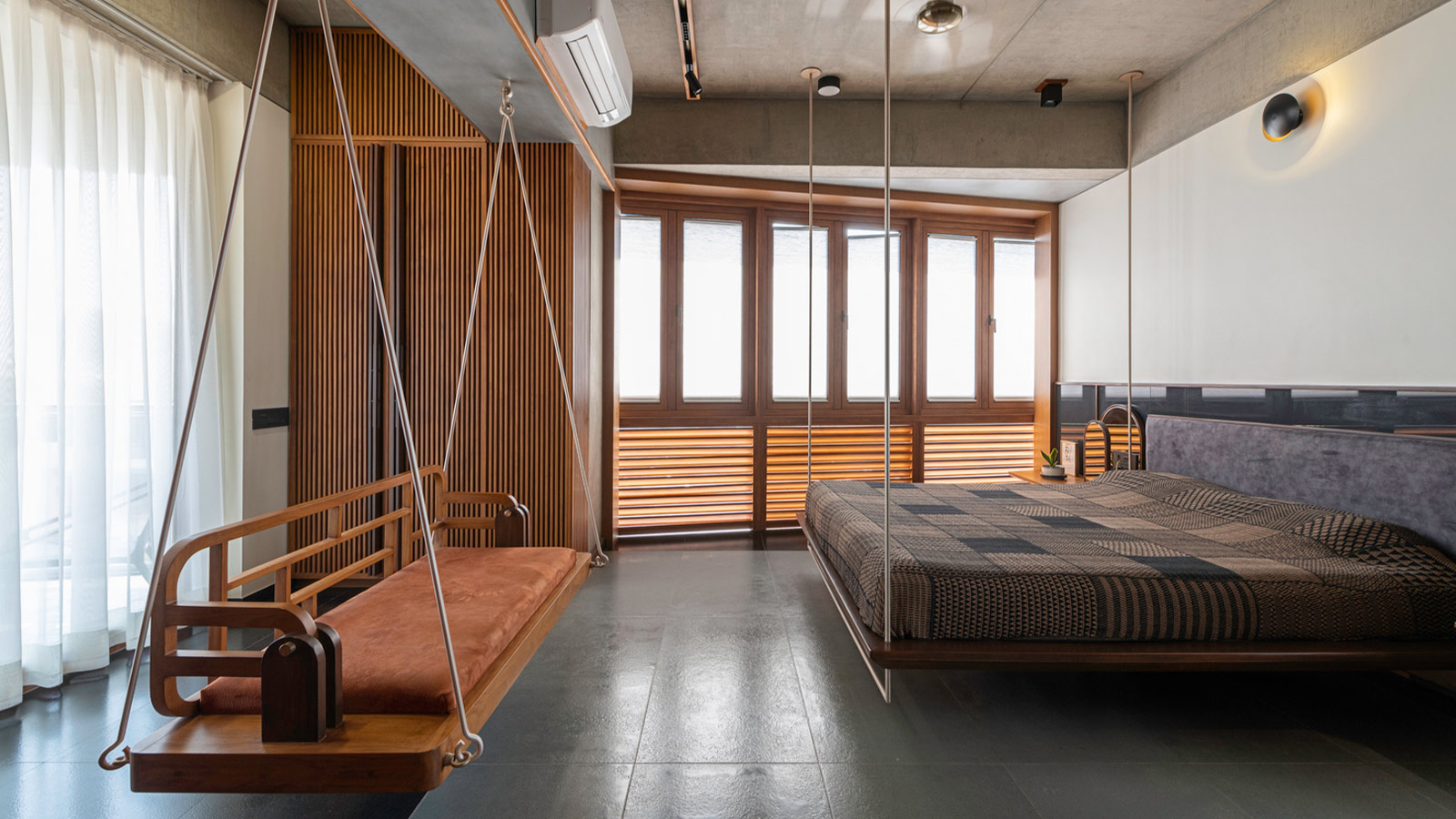 Home to three generations, Ahmedabad’s Play House, a UA Design project, melds the intangible spirit of an old city house with a spirited, modern expression. The clients had resided in the old city of Ahmedabad, India’s first UNESCO heritage city, for many years and did not want to move from the area. Rather than relocating, the clients opted to raze the existing house and rebuild it from scratch. Given the multiple members and generations to be residing in the house, privacy for the inhabitants became a driving force in the design scheme provided by architects UA Design. Equally important was the need to establish community spaces where the family members could gather. “Our role as architects was fortunately very clear from the beginning,” Umang Goswami, principal architect and founder, UA Design, said. “We knew we had to build them a modern house, yet one that embodied the old city spirit. However, we were careful to recreate the intangible spirit of an old city house and not a photogenic collage of its vintage charm.”

This approach plays out on the structure’s elevation through the elaborately detailed window system on the south façade that is directly borrowed from the city’s vernacular expression. “It helped us plant the house in its context, like a newborn in its family,” adds the architect. The idea was to build a modern house that belonged, not an alien ship. Also, from the beginning, a spirit of playfulness was subconsciously at the heart of the design.” The 3,600 square foot four-story house was conceived as a stack of shifting floor plates that enjoy a playful chemistry with each other. The ground serves as a shared space with a living area, a dining room, a kitchen, and an open-to-sky terrace. The three floors above function as private and independent units for the residents.

From a tiny green buffer separating it from the street outside, the house opens up into a welcoming double-height space as soon as one enters. The living room walls stretch up to the lintel level to form horizontal strip windows, right under the first-floor ceiling. These windows capture the lush green crowns of trees outside, while the foliage helps to screen the residence from the street. A sense of “seamlessness and an illusion of largeness” is thus created, according to the architects at UADesign. Throughout the interior of Play House, the architects used steel, exposed concrete, local Kota stone, and teak wood to adorn various surfaces. The whimsical use of glazed ceramic tiles in bright colors in various rooms serves as a playful contrast to the extensive use of concrete.

Modern interpretations of vernacular elements in the house’s interiors, including a suspended bed, Indian diwan seating, and a suspended swing within the bedroom are references to a bygone era of simpler homes and communal living. “What differentiates big from small, is when every corner, every moment, and every act can become an act of play in the house,” says the architects on what defines the very spirit of Play House.

If this interested you, check out India’s House Under Shadows by Zero Energy Design Lab.