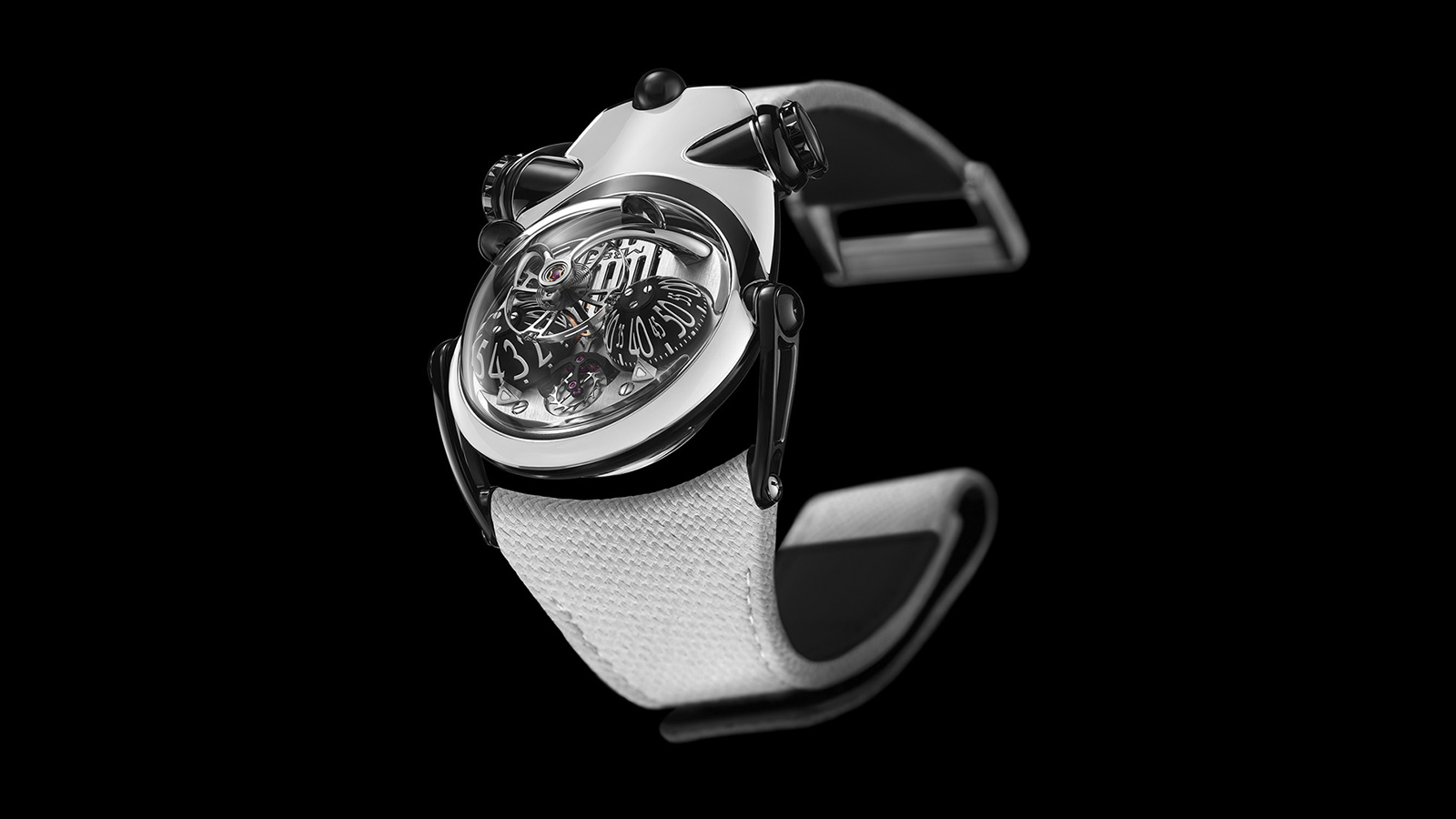 2021 marks the ninth edition of ONLY Watch, a biennial charity auction of one-of-a-kind timepieces where 99 percent of proceeds go to fund research into Duchenne Muscular Dystrophy, a genetic disorder characterized by progressive muscle degeneration primarily affecting young boys. This is the sixth time MB&F has contributed one of its timepieces to ONLY Watch with the innovative Horological Machine No.10 Panda. For its contribution, MB&F has transformed its HM10 — also known as HM10 Bulldog — into a panda bear, one of the world’s most beloved animals.

To create the panda’s black and white color scheme, MB&F recreated the body of the watch in stainless steel so that it could be coated with black and white lacquer. Other unique features include two black titanium panda ears, added atop the sapphire crystal dome, and a ceramic tail crafted from machined Grade 5 silicon nitride. Two black aluminum time-display domes, representing the panda’s eyes, dominate the face of the watch —a nod to the other use of the word ‘panda’ in the watchmaking world, where white watch dials with black counters are fondly called panda dials. Other panda bear features created by MB&F include stout yet flexible “legs” that wrap firmly around your wrist and those important panda teeth that are constantly munching on bamboo shoots. Interestingly, the teeth act as a power reserve indicator. When the panda’s mouth is fully closed, he is exhausted and needs a little poke in the tail to wake him up again — it is enough to make one smile, if not laugh at this playful addition.

The dimensions of the MB&F HM10 Panda are not trivial, measuring 45mm across and 54mm “nose-to-tail.” Yet, by virtue of those flexible legs, it is quite comfortable on the wrist. Beneath the black and white lacquer that covers the stainless steel exterior of the MB&F HM10 Panda, there is 18,000vph in-house movement that comprises 301 components. It is a manually-wound movement, driven by a single barrel that imparts 45-hours of power reserve to the mechanism. The MB&F HM10 Panda for ONLY Watch will be auctioned on Saturday, November 6th in Geneva, and is estimated to bring between $100,000 – $168,000.

For another MB&F creation, check out the MB&F and L’Epée 1839 Balthazar Table Clock.