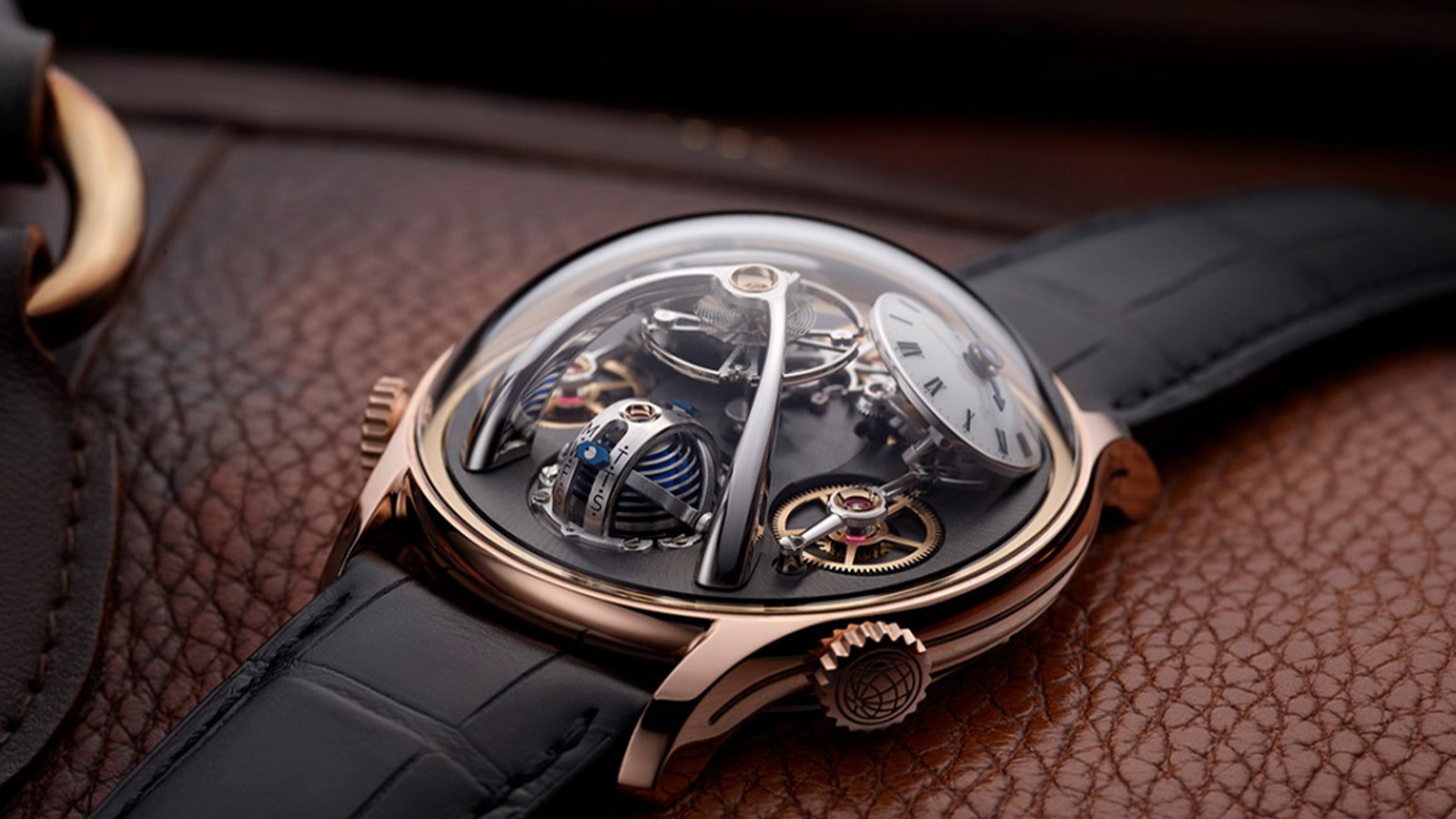 Commemorating 10 years of MB&F’s Legacy Machines, the newly released MB&F LMX echoes traits of the initial Legacy Machine 1 produced in 2011, but practically everything has been reshuffled. LM1 fans will note that the two crowns have been moved from the original position at the bottom of the case to the top of the case. What is new is the floating balance wheel, the two dials for the independent time zones are now tilted at an angle, more of the mechanics are exposed on the dial, and the vertical power reserve indicator has been redesigned and the autonomy boosted to 168 hours. The only thing that has not changed position on the MB&F LMX is the balance wheel. Placed in the center of the dial, the enormous floating balance wheel runs at a sedate 18,000vph.

Inspired by architectural elements of the Eiffel Tower is the beautiful V-shaped arched bridge rising above the dial. The bridge on the LMX is solid and rounded, different from the skeletonized bridge of the first Legacy Machine M1. The lines of the LMX’s 44mm case are streamlined and refined, with a hollowed-out area running along the caseband. The MB&F LMX will have a limited release consisting of only 18 pieces in 18k red gold with 33 additional pieces being available in grade 5 titanium. These two different versions of the timepiece offer an exclusive number of collectors an opportunity to purchase the latest offering by MB&F.

If you liked this, check out the Greubel Forsey GMT Quadruple Tourbillon in Titanium. 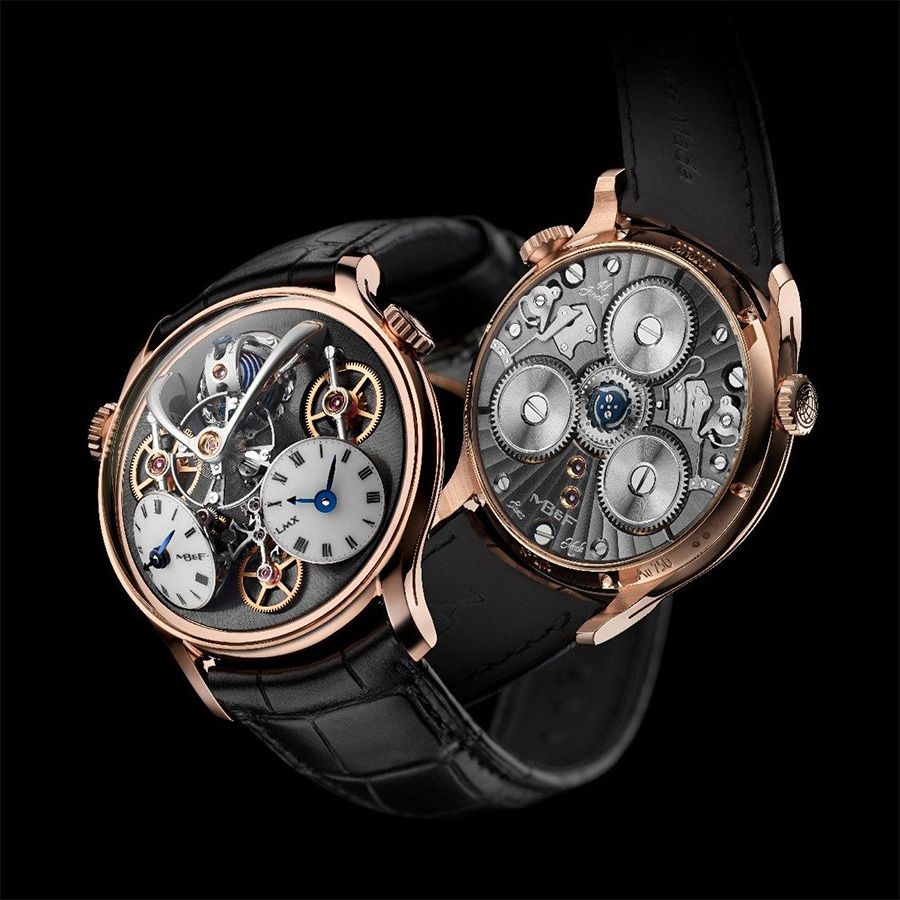