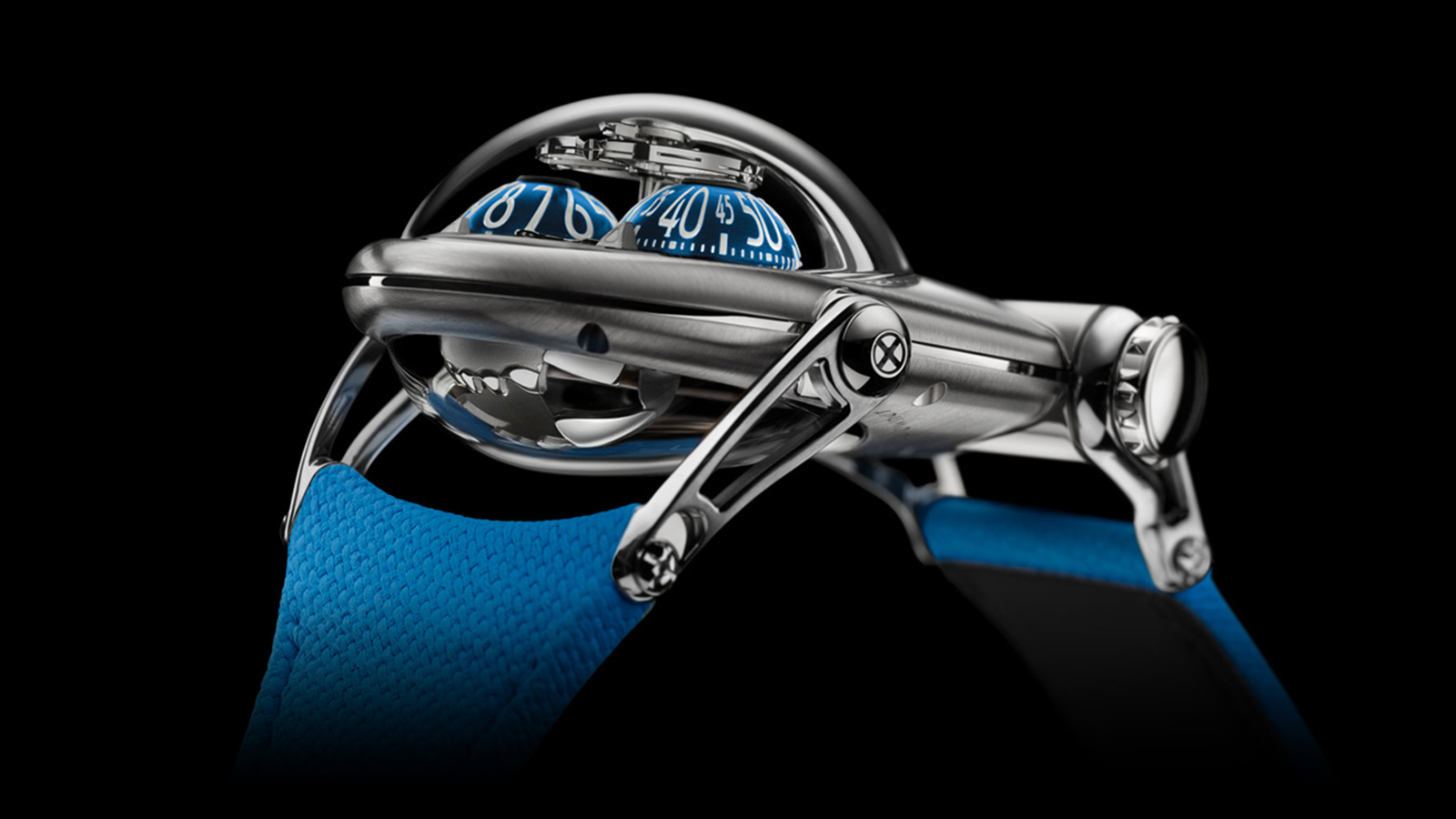 One point of contention is at the core of a fierce debate between horologists. Some believe that the first wristwatch was created in 1810 by Abraham Louis-Breguet. Others attest its advent didn’t occur until Patek Phillippe created its first model in 1868. Regardless of its origin —  MB&F pushes this age-old craft into entirely uncharted territory with its latest release.

The MB&F HM10 Bulldog is a far cry from whatever Louis-Breguet or Patek Phillippe envisioned in the 19th century. Dubbed a horology machine by MB&F, the unique mechanism of this wristwatch is built within a titanium or red gold case measuring at 54mm by 45mm by 24mm. A bold domed sapphire crystal encapsulates rotating indicators chronicling the passing hours and minutes.

This unmistakable sapphire crystal is mounted atop a 14mm flying balance wheel, which serves as the hub of a manual-winding movement that MB&F makes in-house. 301 different components, including 34 jewels, are incorporated into the avant-garde design of this timepiece. The 45-hour power reserve is measured by a unique indicator calibrated to conserve energy, with a jaws-like mechanism closing upon the conclusion of each cycle. Utterly bucking tradition with reckless abandon, MB&F’s unique vision perfectly illustrates how far the craft of horology has come.