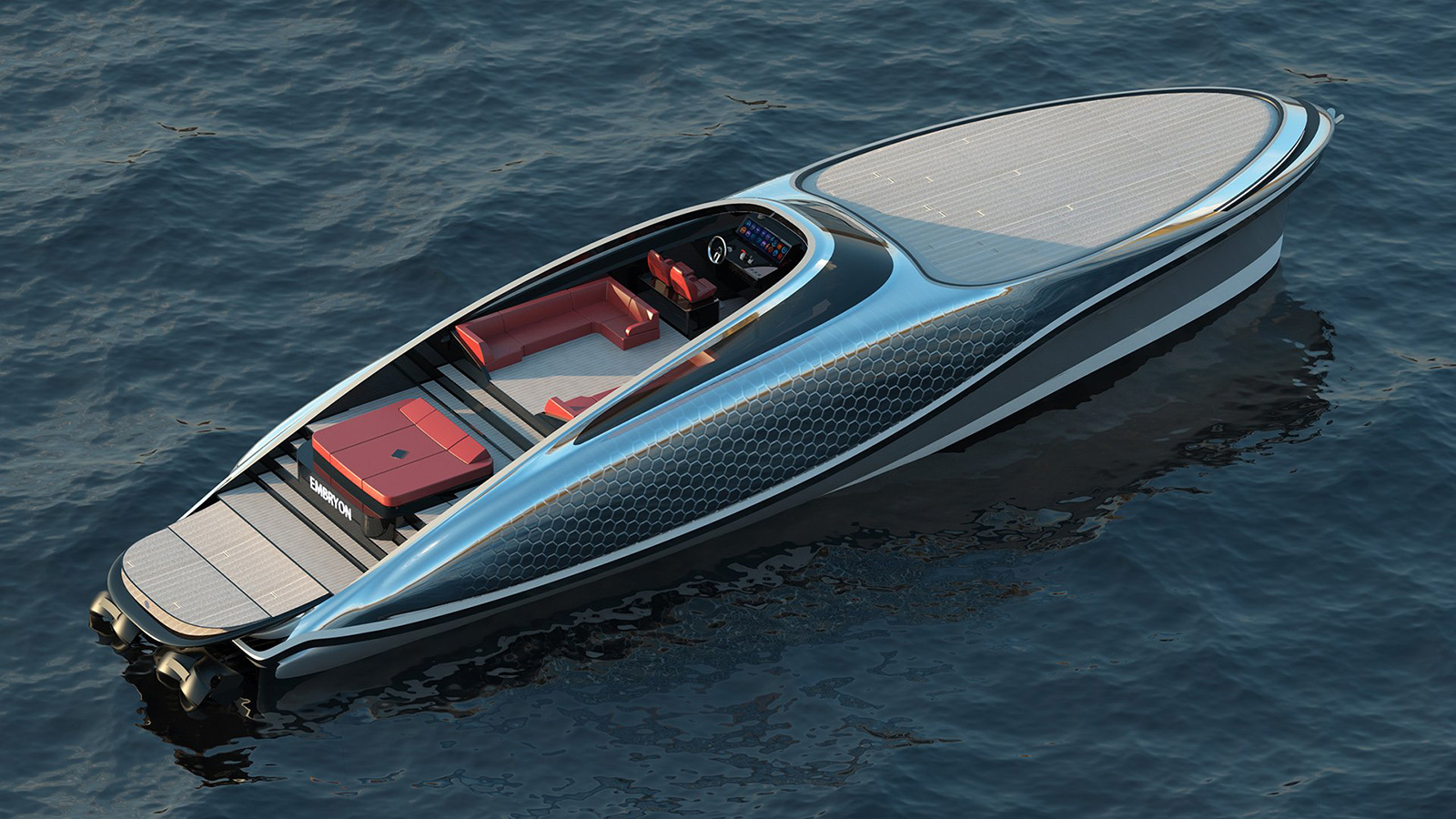 Lazzarini Design Studio has released a concept design to solve that problem for those who own a yacht but feel that not enough people see them on it. From the mind of Italian designer Pierpaolo Lazzarini comes the Embryon, the carbon fiber see-through yacht. This sleek and radical watercraft offers a hull made entirely from carbon fiber and is translucent. As a result, people riding inside will have a full-time view of the passionate dance between sky and sea. Plus, anyone looking out at the Lazzarini Embryon will have no trouble seeing that you are, indeed, living a better life than they are.

While the Lazzarini Embryon is a concept design, the studio has released specs to paint a complete picture of a finished product. Lazzarini Design states that the Embryon’s carbon fiber hull is 30 percent lighter than other watercraft measuring 79-feet in length. Propulsion comes from a set of MAN V-12 diesel engines, each producing 2000-hp, matched with a 1,260-hp electric motor. The top speed on the Embryon is 65-knots. It can run using only the electric motor at speeds up to 22 knots with a two-hour range, which doubles to four hours at speeds fewer than 10 knots. This see-through yacht can also be fitted to run only on electricity. This spec ditches the diesel in favor of three hydrogen-powered electric motors. The Lazzarini Embryon yacht offers comfortable amenities with three double suites, two lounges, a sundeck with a swim platform, and room for ten. This is a vessel with the potential to start a new trend in transparent, electric luxury watercraft. It can be the ultimate flex at the yacht club.

How about a watch made from parts of a yacht? Check out the Panerai Luminor Luna Rossa GMT.