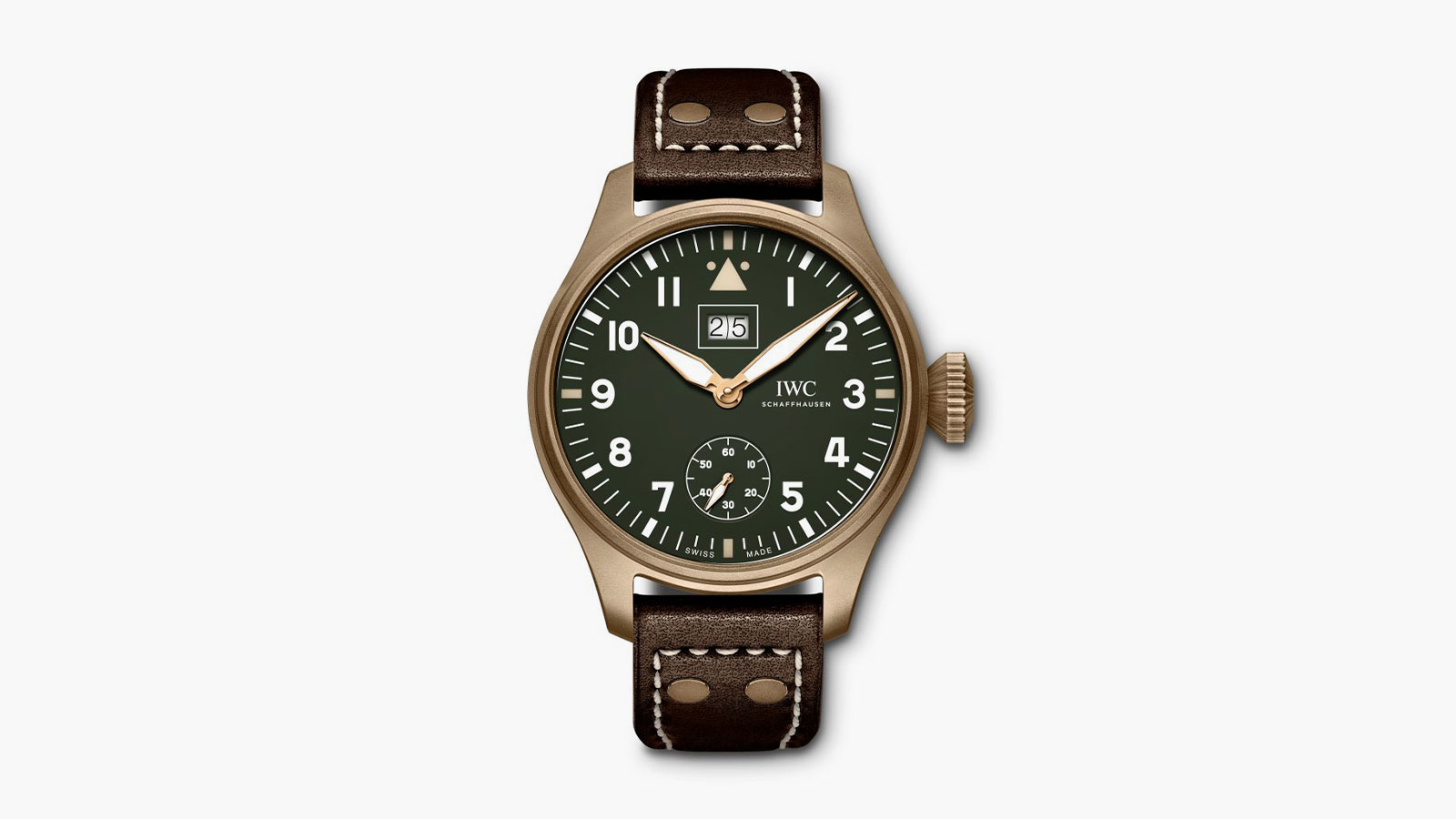 In 2019, two British pilots — Steve Brooks and Matt Jones — flew around the world in a restored 1943 Spitfire in a feat of aerial exploration that would make Charles Lindbergh green with envy. The legendary Royal Air Force fighter plane they flew earned immortality in the dogfights of World War II. Its iconic silver-chrome finish made it a symbol of those aerial battles so integral to the Allied Victory in Europe. Swiss watchmaker IWC Schauffhausen supported the pilot’s journey, which passed through more than 20 countries in four months over some 27,000 miles.

Their circumnavigating flight is now commemorated in the exclusive IWC Big Pilot’s Watch Big Date Spitfire Edition “Mission Accomplished”, a mere 500 of which are being issued. This luxury watch is encased in bronze with a green dial and a manual 59235-caliber movement with an eight-day power-reserve. Each piece includes an engraving of the “Silver Spitfire” on its caseback, making it quite the collector’s item for both aviation and history buffs with a horological bent.