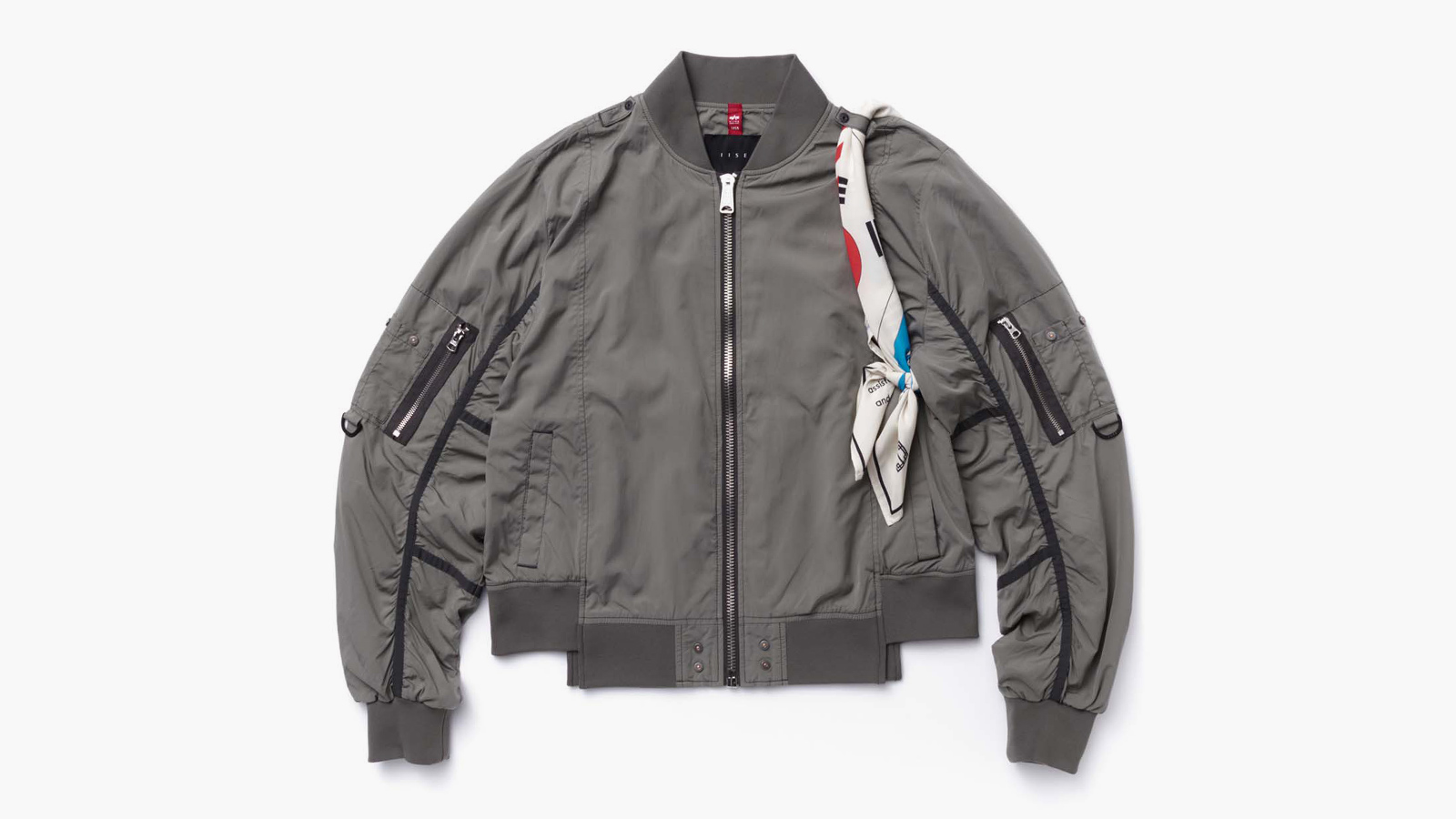 Apparel brands IISE of South Korea and American Alpha Industries have partnered to produce a F/W 2021 Collection of military outerwear. One of the items in the capsule is the new IISE x Alpha L-2B Blood Chit Bomber Jacket, which taps into Korean history. The jacket includes a reworked “blood chit,” a type of survival aid frequently sewn into the inside of flight jackets for pilots shot down over enemy territory during the Korean War. The blood chits contained messages in various languages requesting help in avoiding capture and safe return back to U.S. Forces in exchange for a reward. Alpha Industries is the perfect partner for IISE as the brand specializes in American military style and fashion apparel. In fact, Alpha Industries has made jackets for the U.S. military, such as the renowned M65 Field Jacket, for over half a century. For its part, IISE, which translates to “second generation,” is a brand dedicated to creating products with a distinct interpretation of both modern and traditional Korean culture.

On the L-2B Blood Chit Bomber Jacket, the blood chit notice is printed across a bandana that sits tied across the left shoulder. Elsewhere on the 100 percent polyester jacket, we see a variety of functional and military-inspired zip details across the exterior of the garment, including a full zip front closure. There is a utility pocket on each sleeve, as well as two inset side pockets. It is also interesting to note that the hem of the L-2B Jacket is inspired by the asymmetric pattern used in hanok (traditional Korean house) architecture.