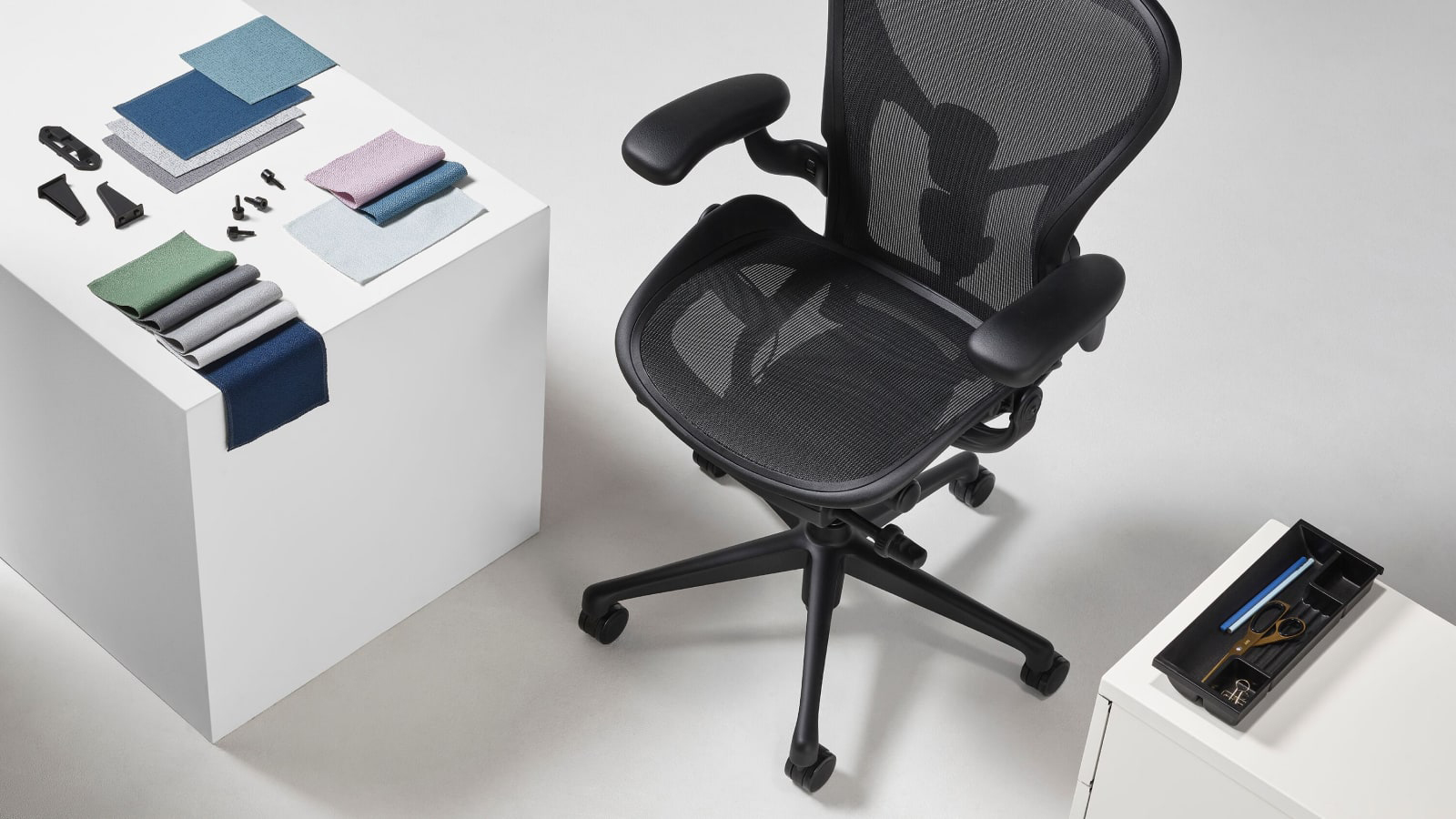 The name Herman Miller became synonymous with modern furniture in the 20th Century as the company produced pieces that would become industry classics with legendary designers such as George Nelson and Charles and Ray Eames. The brand’s Aeron Chair, designed by Don Chadwick and Bill Stumpf in 1994, was dubbed “America’s best-selling chair” in 2010. Now, Herman Miller has announced the release of its Ocean Plastic Aeron Chair, which incorporates mismanaged plastic waste found near waterways. In its sustainability efforts, the company has committed to using 50 percent recycled content in all products by 2030.

The Herman Miller Ocean Plastic Aeron Chair, available this month in the Onyx Ultra Matte colorway, is an example of just such a product. The new Onyx Ultra Matte Aeron chair contains the highest amount of ocean-bound plastic at almost 2.5 pounds per chair. All chairs within the Aeron Portfolio are up to 90 percent recyclable and composed of over 50 percent recycled content. The brand added ocean-bound plastic to the chair body’s design without compromising all the attributes that make it such a popular office chair. With the entire portfolio of Aeron Chairs slated to soon contain ocean-bound plastic waste, it is projected to save the ocean over 136 tons of plastic, which equates to about 15 million single-use plastic water bottles.

The Aeron line is just the latest in the ever-growing list of products that Herman Miller has re-engineered to utilize ocean-bound plastic in its designs. Gabe Wing, Sustainability Director for Herman Miller said the following about the detrimental effect plastic waste has on the health of the world’s oceans: “Every year, an estimated eight million tons of plastic enter the ocean. This is roughly equivalent to dumping a garbage truck full of plastic into the ocean every minute.” All Aeron chair colors and configurations will soon be updated to contain ocean-bound plastic and will be available to order in the near future.