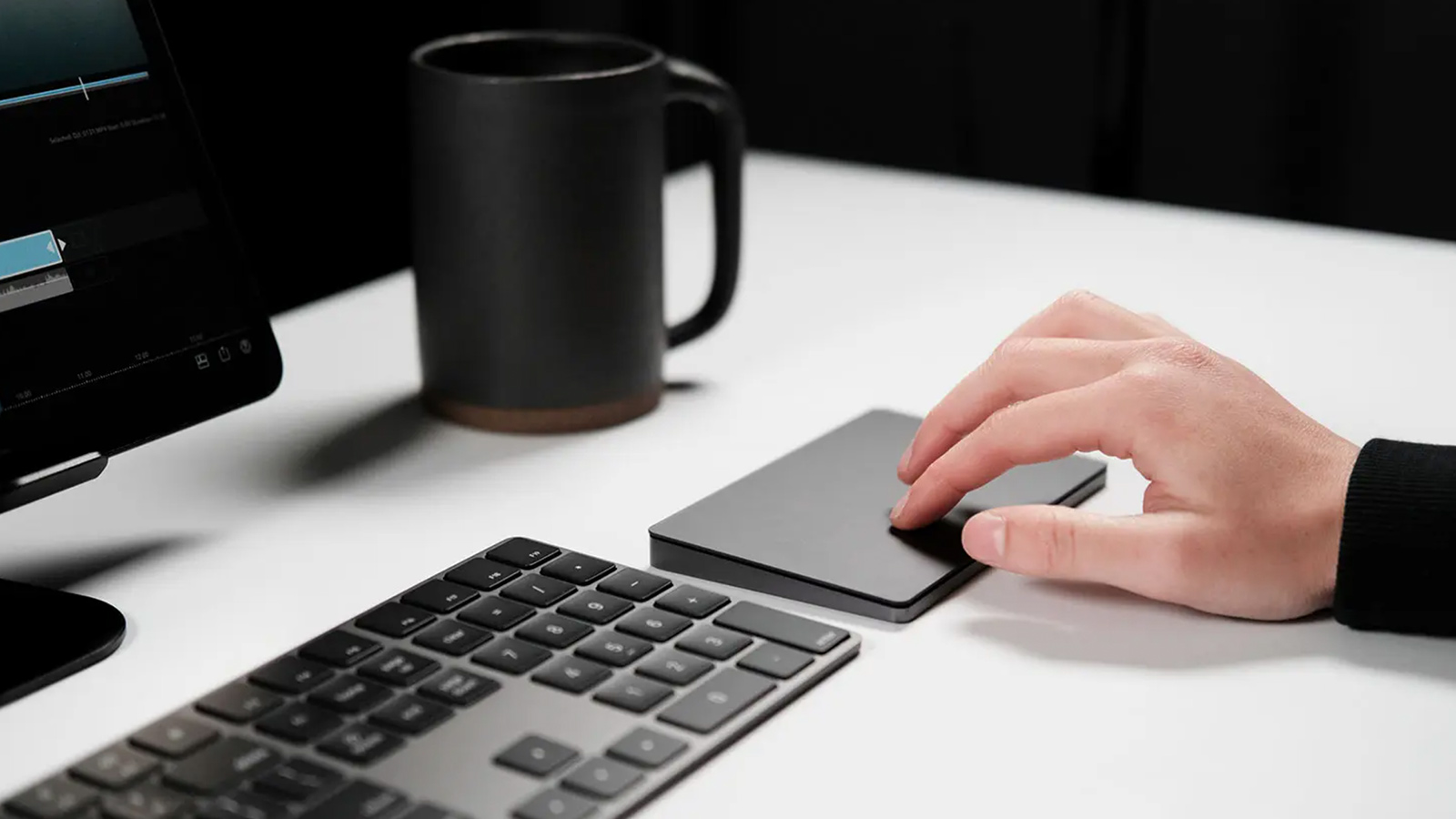 Developments in tablet technology mean that people no longer need to choose between using a laptop or a desktop computer for work. The processor in a modern tablet is strong enough to make it a viable alternative for most business tasks. But an iPad right out of the box isn’t meant for the kind of complicated workflows used with traditional computers. That’s where the Brydge iTrack comes in handy. The Brydge iTrack is described as a “standalone desktop trackpad for iPadOS.” Its design is similar to Apple’s own Magic Trackpad with a glass and aluminum design in space gray. There’s also a USB-C port for charging, and you can expect “up to six months” of battery life “at two hours use per day,” according to the company.

The touch area is 5.5 inches by 3.3 inches, making it suitable for use in an environment where desktops are traditionally deployed. It features “instant-on” connectivity via wireless Bluetooth and has a multi-touch trackpad that enables a user to do things like work with a spreadsheet, copy and paste text, and switch from one application to another using just the trackpad. Users can expect a high degree of precision because Brydge’s engineers’ built-in sensors pick up on slight differences in pressure when an individual taps, scrolls, and swipes. This makes for a more comfortable interface. Brydge has only produced 500 units of the iTrack, which is compatible for use with all iPads that can run iPadOS 14.5 or newer.

If this interested you, check out Satechi’s Foldable Aluminum Stand & Hub for IPad Pro.