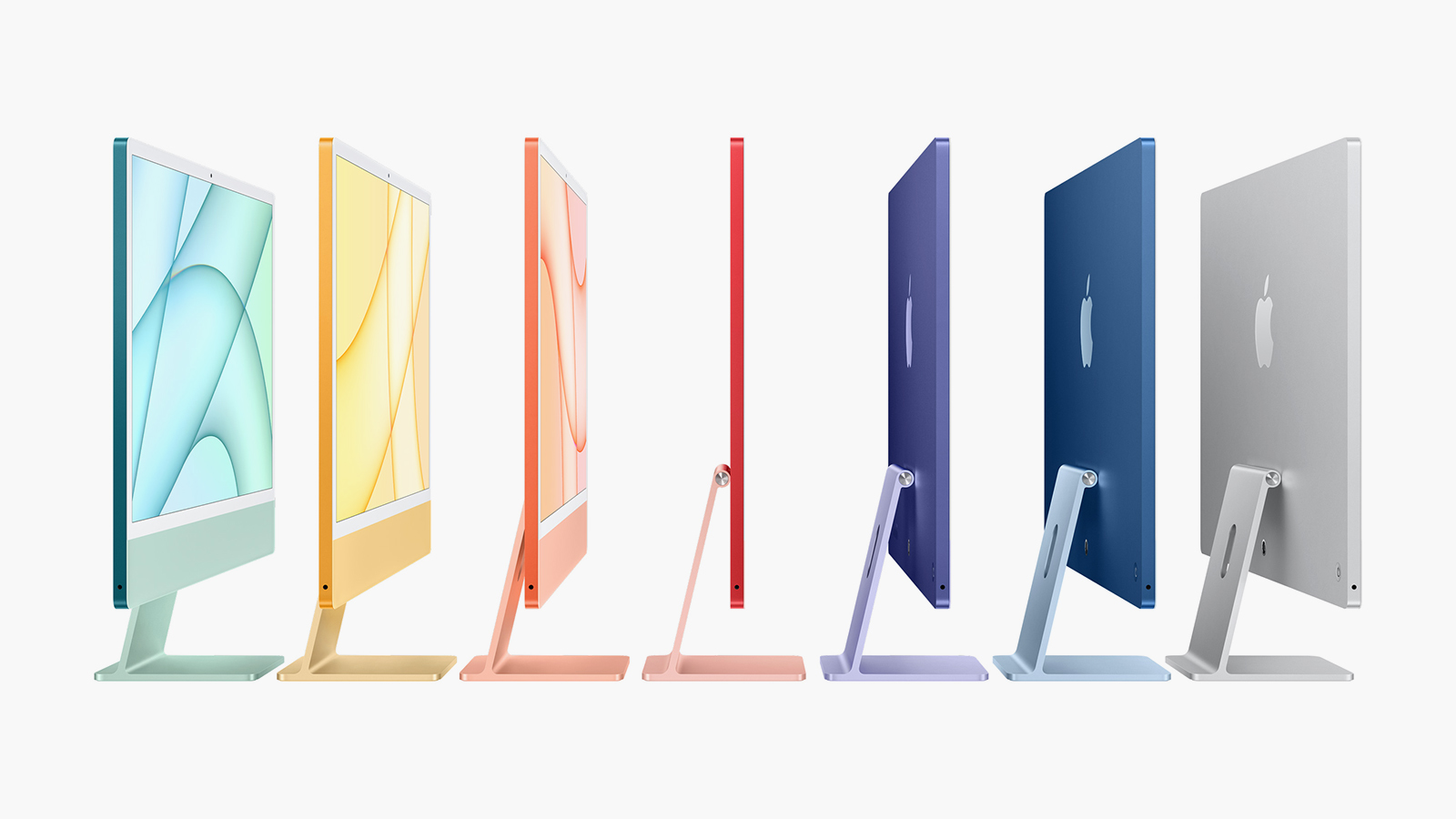 Today, at Apple’s Spring Loaded event, we learned that the brand just introduced its new, redesigned iMac featuring a much more compact and remarkably thin design, enabled by the M1 chip. Offering powerful performance, the new iMac is just 11.5 millimeters thin and has a striking side profile that virtually disappears. With a 24-inch, 4.5K display with 11.3 million pixels, 500 nits of brightness, and over a billion colors, the new iMac delivers a brilliant and vivid viewing experience. Sporting narrower borders around the top and sides as compared to its predecessor, the iMac’s back is now flat instead of curved and Apple says that the volume has been reduced by over 50 percent.

Apple has promised a much-needed update to the iMac’s camera and mics and the company has delivered! The new iMac includes a 1080p FaceTime HD camera, studio-quality mics, and a six-speaker sound system — the best camera and audio ever in a Mac. Also, Touch ID comes to iMac for the first time, making it easier than ever to securely log in, make purchases with Apple Pay, or switch user profiles with the touch of a finger. This is the first iMac to switch to Apple Silicon, the chips that Apple has been designing in-house. The company first added an Apple Silicon chip to the MacBook Air, MacBook Pro, and Mac Mini in November of 2020. Apple plans to eventually roll out these Arm-based chips to its entire Mac line.

Available in an array of vibrant colors to match a user’s personal style, the new iMac starts at $1,299 with the base model having 8GB of RAM and a 256GB SSD. It can, however, be upgraded to include up to 16GB of RAM and 2TB of storage. It will be available in the second half of May with orders being accepted starting on April 30th.