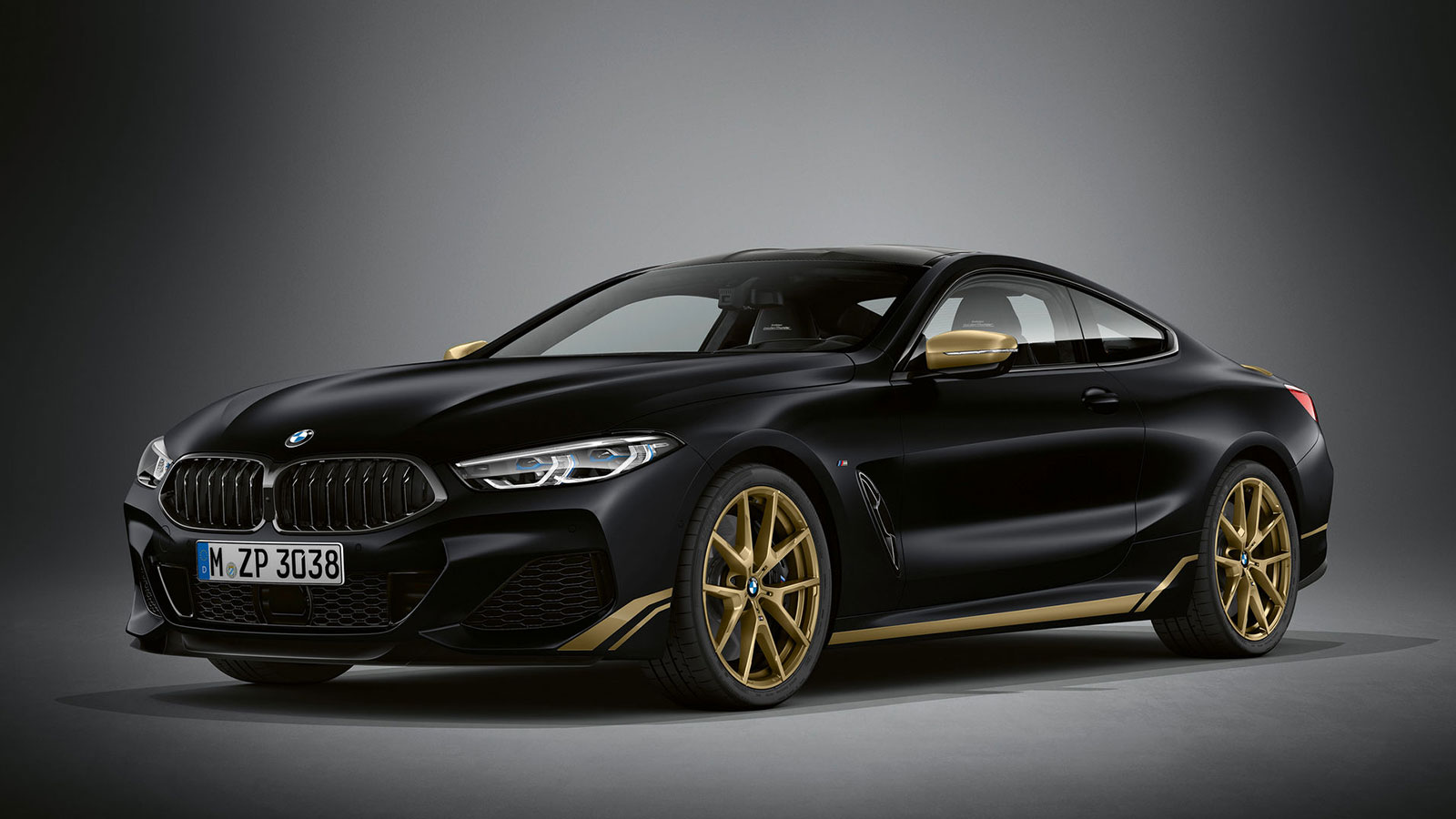 BMW has introduced a special edition for the 8 series and it’s anything but subtle. It’s called the Golden Thunder and is available in all variants of the BMW 8 series: Coupe, Convertible and Grand Coupe. It sounds like a title for a James Bond movie from the early 1970s. The BMW 8 Series Golden Thunder is hard to miss thanks to its Sapphire Black metallic, or Frozen Black, paint with gold colored accents. The entire bottom half of the 8 Series is treated with a gold color accent. In addition, the wing mirror caps, M spoiler, and 20 inch M Light alloy wheels are also painted gold.

It’s refreshing to see a manufacturer special edition that is more than just an appearance package. Every Golden Thunder 8 Series comes with the M sports package as standard. The interior has also been touched by King Midas with gold accents on the center console. The headrests announce to passengers that this premium German GT car is “Edition Golden Thunder”. The seats are finished in black Merino leather with the rest of the interior treated with gold aluminum mesh accents. Cherry on top is each of these cars is fitted with a Bowers & Wilkins Diamond surround sound audio system.

BMW will start building the Golden Thunder 8 Series in September 2020 but pricing has yet to be announced as of now.