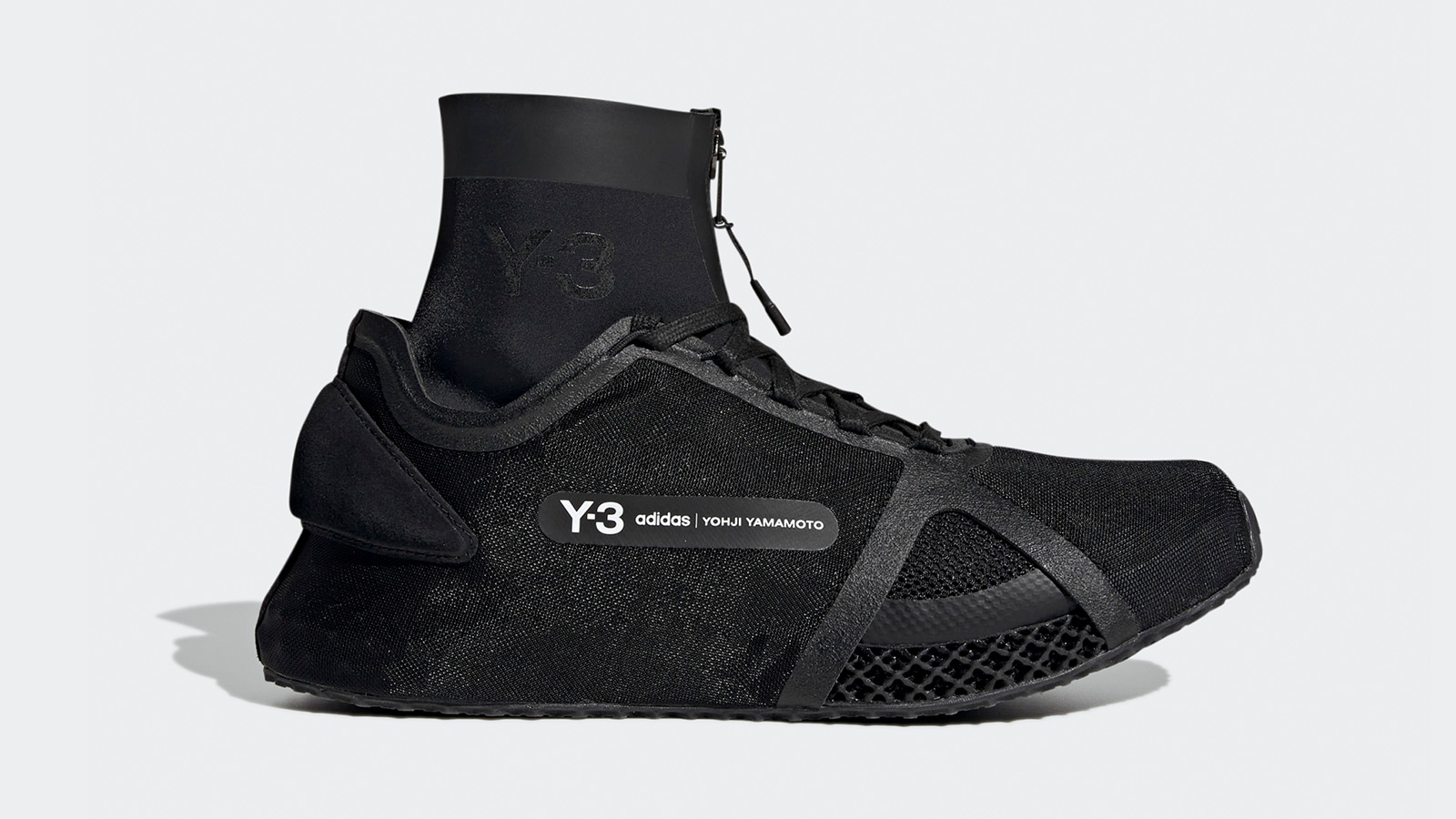 As part of its new Yohji Yamamoto Y-3 line, adidas has released the Y-3 Runner 4D IOW. Dressed primarily in a lightweight and breathable mesh fabric, a synthetic overlay runs the length of the shoe while a suede panel is situated on the heel for additional support. More co-branding can be seen on the lateral side of the sneaker with the mesh covering most of the 4D midsole outside of the forefoot area. Produced to give extra stability in high-performance zones, the 4D printed midsole can be seen revealed through a mid-foot cut-out. Continental rubber is used on the outsole and finishes off the adidas sneaker.

Perhaps its most unique selling point and where the adidas 4D IOW Runner truly starts to come into its own is its capability to quickly and easily change its shape depending on the wearer’s desired finish. Coming with two interchangeable neoprene inserts, the adidas sneakers can be deployed in a more classic low-top running-inspired makeup or, should wearers require further protection, a mid-top complete with zipped ankle collar and tonal logo callout.

For news on another adidas release, check out the adidas 4DFWD.