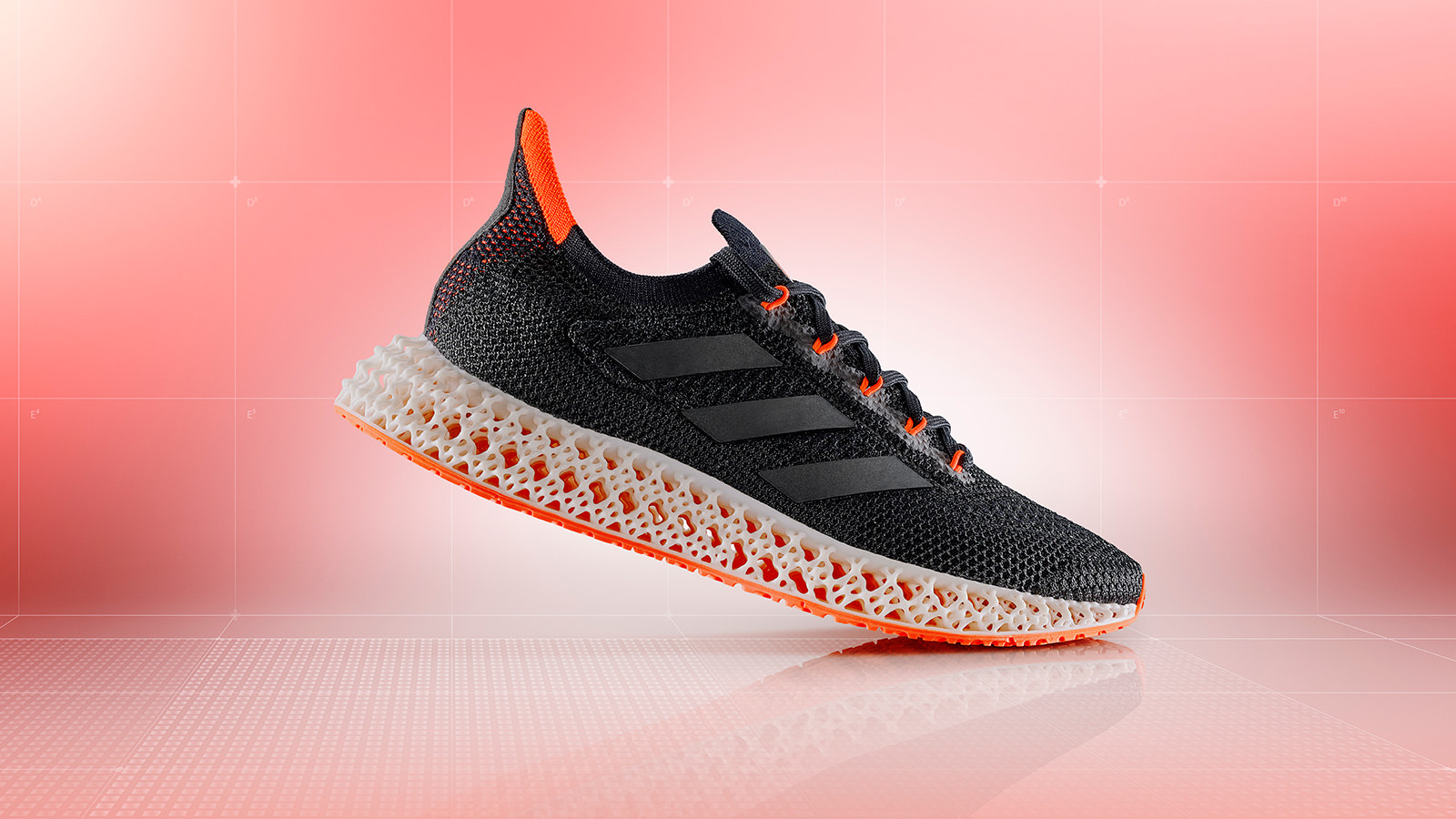 adidas has unveiled the 4DFWD, the latest model from its high-tech running division, created in partnership with the 3D printing company Carbon. The shoes feature a 3D-printed midsole with a distinct “4D” bowtie-lattice pattern designed to convert a runner’s vertical forces into forward motion. According to the brand, the 4DFWD midsole was identified from one of five million possible lattice structures and is made of 39% bio-based material. adidas claims that the 4DFWD generated three times the forward motion under vertical loading mechanical testing conditions compared to prior 4D midsole generations, resulting in the reduction of peak braking force by an average of 15%. This, the company said, allows for running economy comparable to that of Ultraboost midsoles under lab conditions.

adidas Running VP of Design Sam Handy said in a statement, “4D technology provides us with the opportunity to design in a way that conventional foam midsoles do not allow. We took inspiration from the first-generation 4D lattice midsole and set ourselves the challenge to take it to the next level, coding millions of potential lattice structures to see if we could specifically design to counter negative mechanical forces experienced during running.”

The adidas 4DFWD running shoe, which will feature lightweight Primeknit+ uppers made partially with recycled polyester that offers a seamless sock-like fit, and a rubber outsole created with top-tier traction in mind and made to work with the 4DFWD midsole. The first adidas 4DFWD to drop is a core black and solar red colorway and will available in limited quantities on May 15th. After the first release, adidas will then deliver a special Tokyo collection sneaker — the podium shoe for athletes in Tokyo this summer — on July 1st, with a worldwide drop slated for August 12th.

For another of adidas’ latest releases, check out the adidas and LEGO ZX 8000 ’Bricks’ Collection.