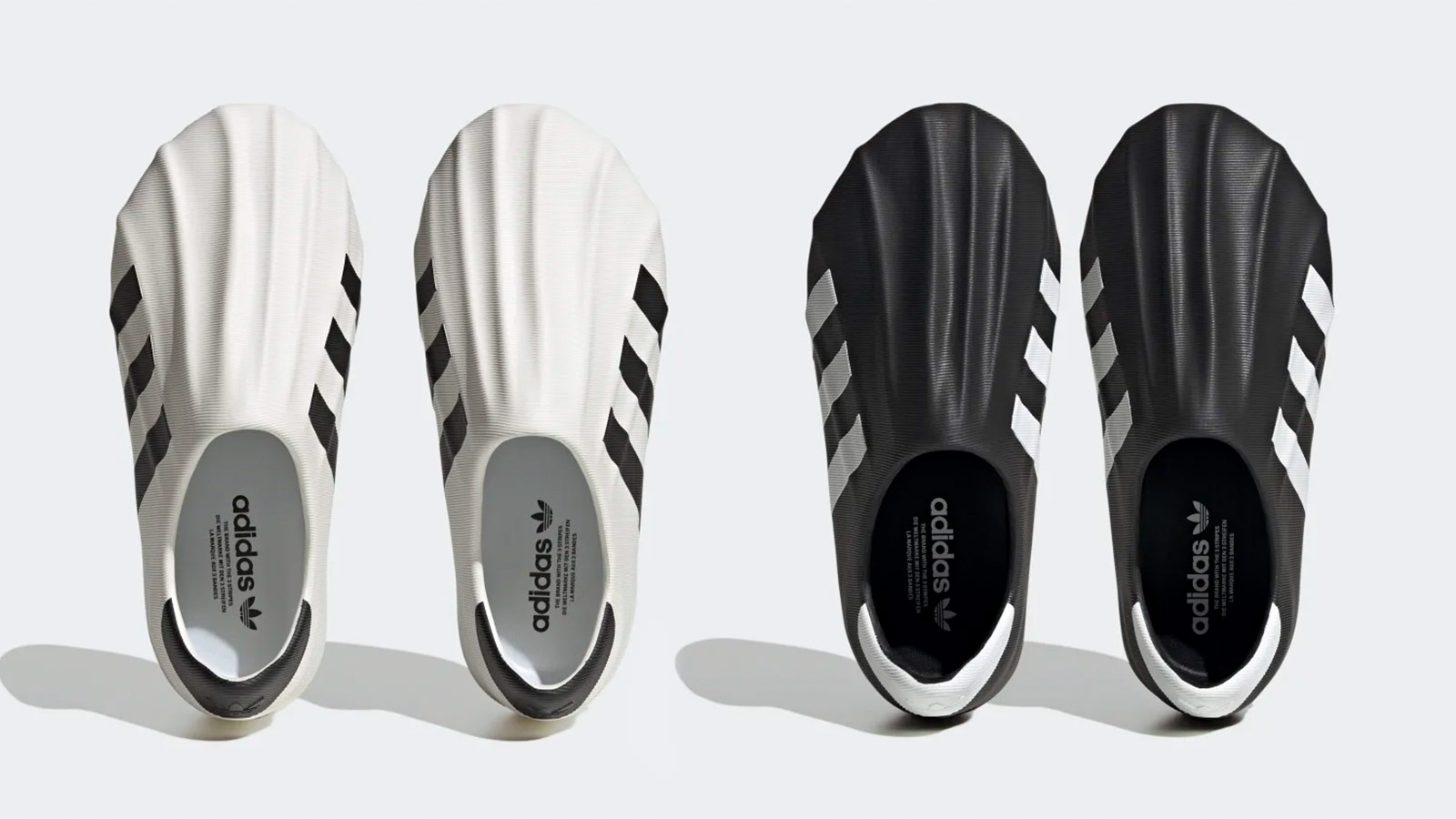 adidas just released its much-anticipated AdiFom Superstar shoe overseas, and the clog-like silhouette embodies futuristic footwear. The German athleticwear mega-player has not yet released the shoes stateside. The foam slip-on was popularized by the Yeezy Slide and Foam RNNR, and the AdiFom is the latest iteration of the iconic style. Forgoing laces and embracing the slip-on style, the newest AdiFom model rides the wave of hip-hop-inspired footwear.

The AdiFom Superstar model comes just a few months after adidas’s original “AdiFom Q” debut in September and features two black-and-white color schemes. (Of course, the footwear features the company’s signature three stripes and clover logo.) The chunky sneaker has a one-piece body and features a “shell toe” for a one-of-a-kind design. Perforations along the side encourage breathability, and the herringbone-patterned outsole helps with maximum traction.

At least 50% of the shoe is constructed with natural and renewable materials, including a foam slip-on upper made partially with sugarcane. The entire construction of the shoe’s materials is part of the company’s “journey to design out finite resources and help end plastic waste.” Look for a wider AdiFom Superstar release from select retailers in 2023, when the shoe will be available in men’s sizing at the retail price of $109.