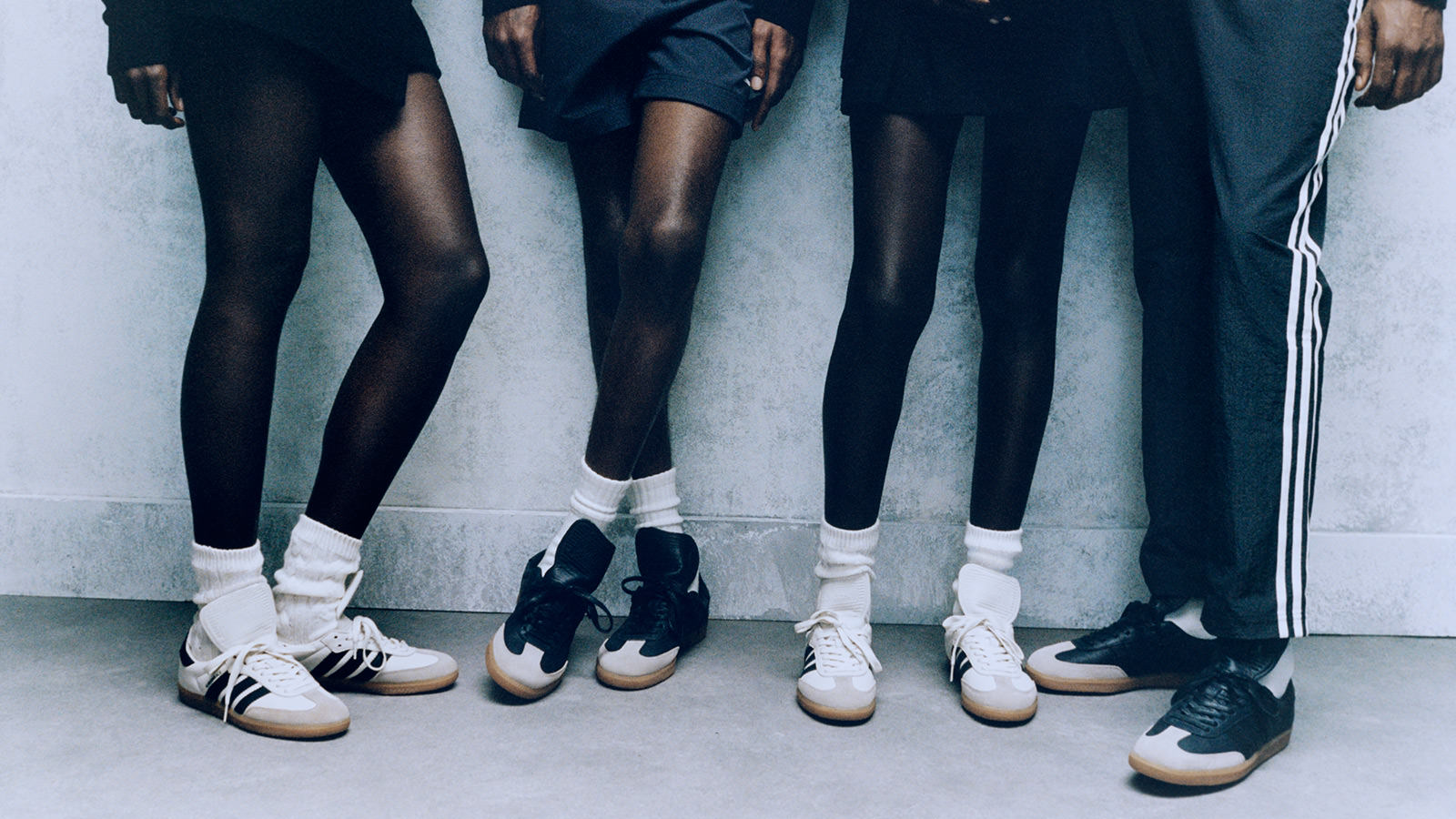 This isn’t Pharrell’s first time designing a shoe for adidas. However, this variation on the Samba may be one of his most personal designs, as the producer-cum-multihyphenate personally chose the shoe to re-imagine through the lens of his Humanrace brand.

Of course, calling it a mere shoe seems somewhat reductive, especially during a World Cup year. The original Samba, released in 1949, was designed for footballers (soccer players, for pigskin-POV’ed American readers) who had to train indoors on hard courts. It’s one of adidas’ most iconic silhouettes, and for the second-largest sportswear manufacturer in the world, that’s saying something.

Pharrell previewed his redesigned shoe at his Mighty Dream Forum event, showcasing the signature elongated tongue he’s incorporated into the design. The standard Samba text on the laterals has been replaced with Samba and Humanrace co-branding, though adidas’ Three Stripes are, of course, intact.

The adidas Originals x Pharrell Williams Humanrace Capsule Collection also includes knit jerseys, woven shorts, and ripstop jackets, all of which incorporate elements from adidas’ historical association with football and elevate classic styles through a minimalistic approach. Prices vary on the clothing, but sneakerheads can snag a pair of Pharrell’s kicks in various colorways for $120 (unless the scalpers get to them first, that is).

For more style news, check out the Vollebak Waterfallproof Puffer.