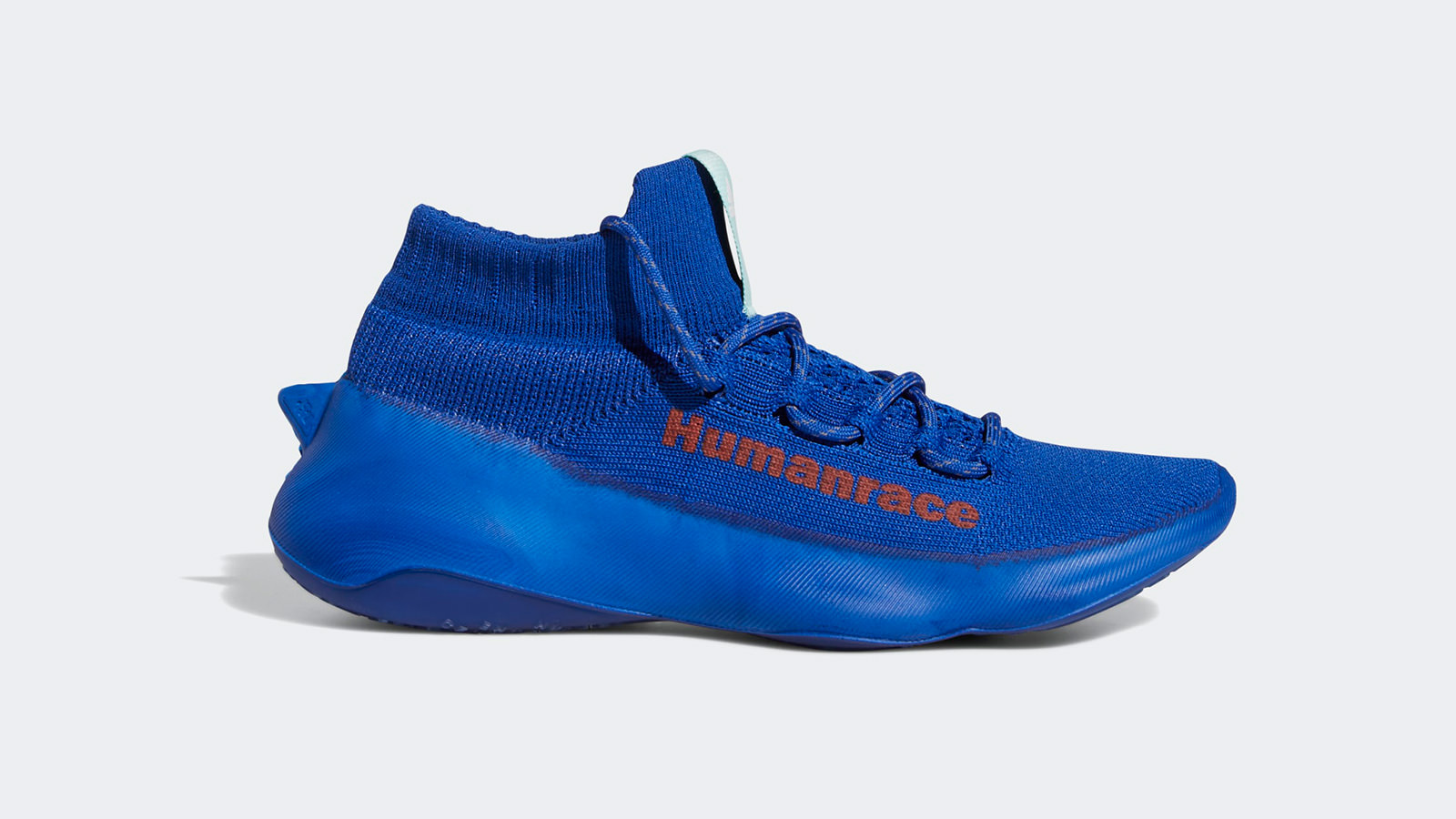 adidas and Pharrell Williams have collaborated yet again with a new addition to their popular Humanrace line, dubbed the Humanrace Sichona Shoes. This lifestyle shoe has been designed to make wearers feel like they are walking barefoot. According to adidas, this release celebrates Williams’ long-standing friendship with members of the Dakota tribe as the Sichona name references the indigenous phrase “Connecting to the earth,” which is the Dakota way of saying “barefoot.”

The adidas x Pharrell Williams Humanrace Sichona Shoes features a mid-cut Primeknit upper with ‘Humanrace’ branding embroidered on the lateral side. The midsole features adidas’ Futurenatural technology that is crafted with direct-inject casting to enable wearers the ability to move their foot freely by removing elements that would normally be restricted with other forms of cushioning. Rounding out the design is a rubber outsole featuring an all-over Humanrace typographic pattern. “I chased the experience I remember feeling as a kid when I walked barefoot on grass, sand, and rocks. Feeling the texture, the temperature, the moisture… that primal sense of freedom was a north star objective with this project,” Williams said about the Sichona shoe.

Ahead of the shoe’s global launch on August 27th, adidas is releasing the Humanrace Sichona early via its Members Week event taking place between Aug. 23 to Aug. 27. The week-long event will include the return of the Golden Ticket on the Confirmed app that guarantees raffle wins for the duration of Members Week including the Sichona.

For another Pharrell and adidas collab, check out the Pharrell x adidas NMD Hu ‘Cream’.