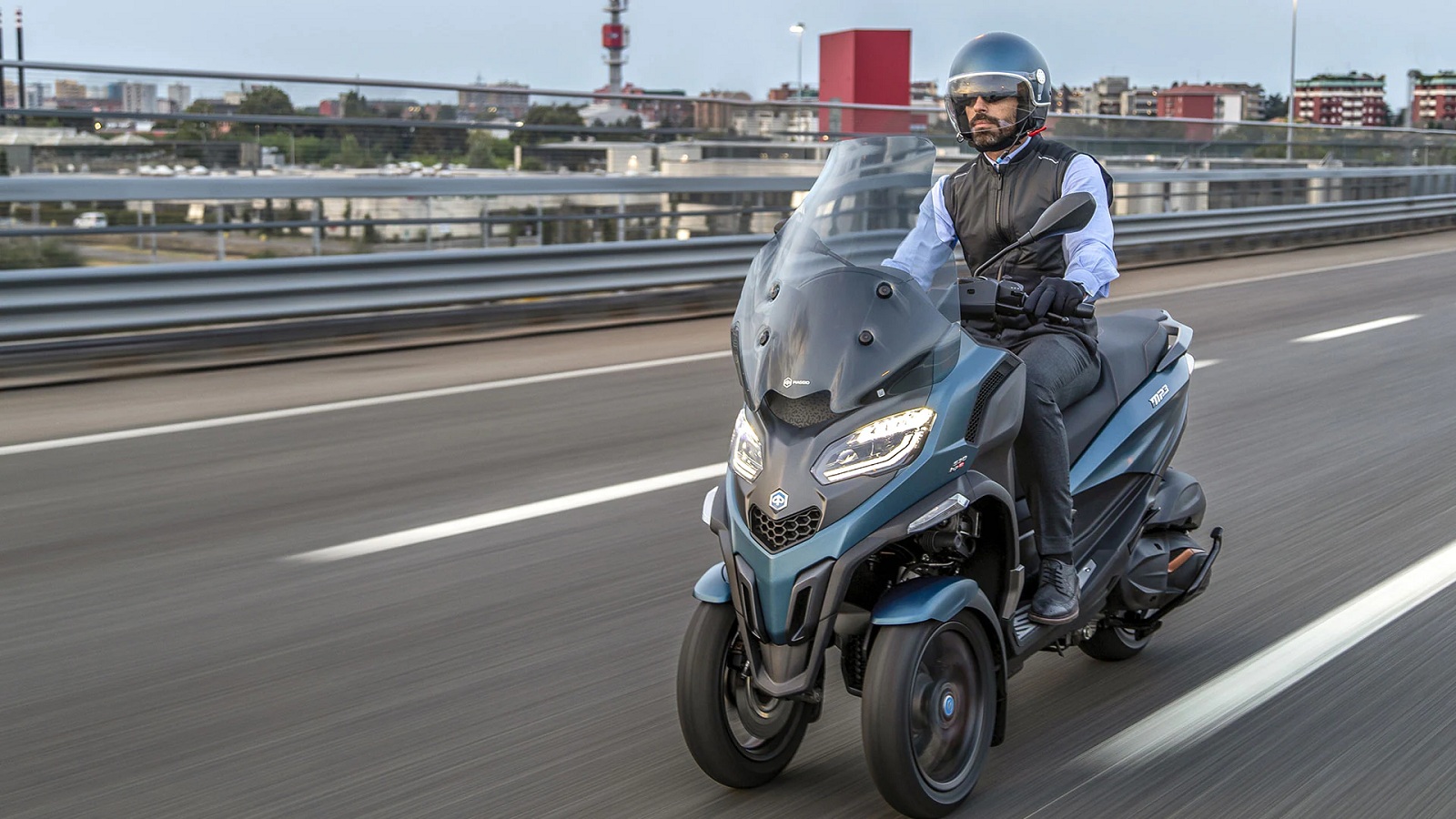 The Piaggio three-wheeled scooter is a visually peculiar vehicle when seen for the first time. Its side-by-side front wheels and the single rear wheel make for a unique but functional design aesthetic. Piaggio has unveiled its latest generation of this three-wheeled scooter for 2022, dubbed the MP3 530 HPE. This new model is being called the “most advanced three-wheeler ever produced” by Piaggio, featuring more performance and less weight.

Starting with the Piaggio MP3 530 HPE engine, it’s a 530cc single-cylinder four-stroke. Specifications rate the 530cc engine producing 44-hp and 36.9 lb.-ft of torque. The scooter’s engine features a new cylinder head, a new camshaft, larger valves, and combustion chamber shape as the former 493cc bored to 530cc. Besides the narrow front wheels, the MP3 is known for being heavyweight. The new 2022 Piaggio MP3 530 HPE manages to drop 15-pounds off its curb weight. However, in its running weight, the MP3 530 HPE still tips the scales at slightly over 610-pounds. But its large size means it offers a 52-liter top box for storage.

The three-wheel configuration on the Piaggio MP3 530 HPE allows riders to lean through the corners like a traditional motorcycle. In addition, the MP3 530 can be locked upright at a standstill removing the need to hold the bike up with your feet. Technically, the MP3 530 HPE is classified as a trike, so it does not require a motorcycle license. Standard features on the 2022 Piaggio MP3 530 HPE include heated grips, cruise control, reverse gear, a blind spot information system, and rear camera function. Information is promptly displayed on a seven-inch color dash featuring new switchgear and a joystick.

In other bike news, check out the Ducati V21L Racing Prototype for MotoE. 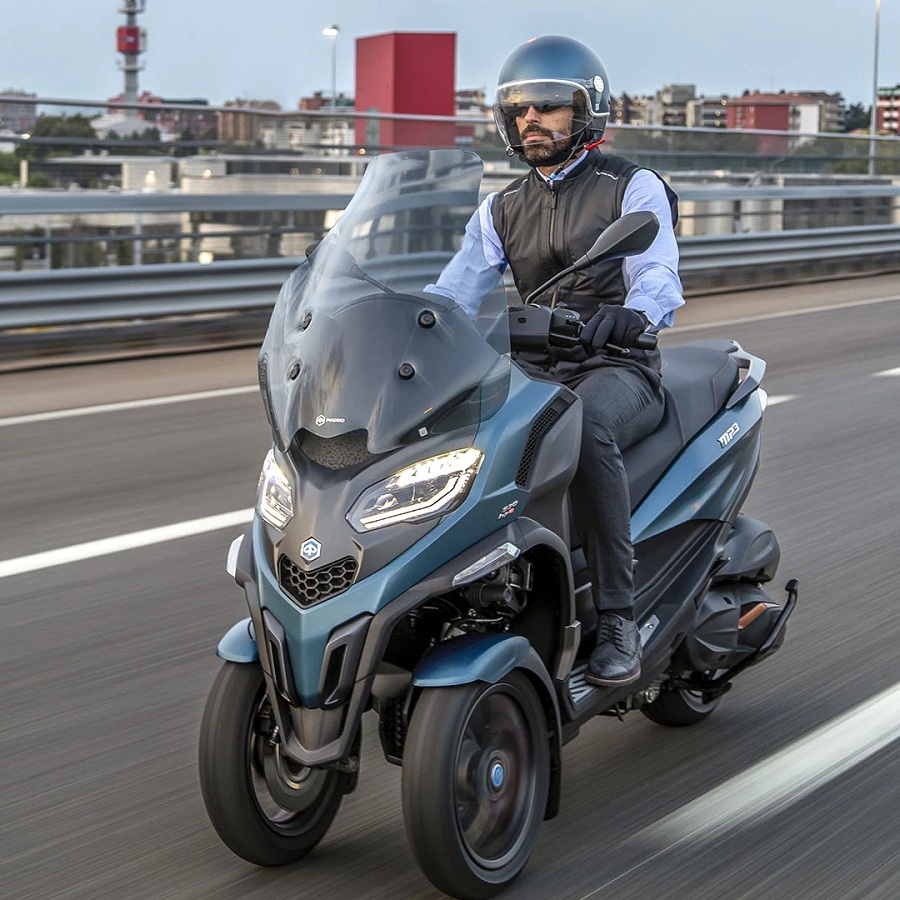