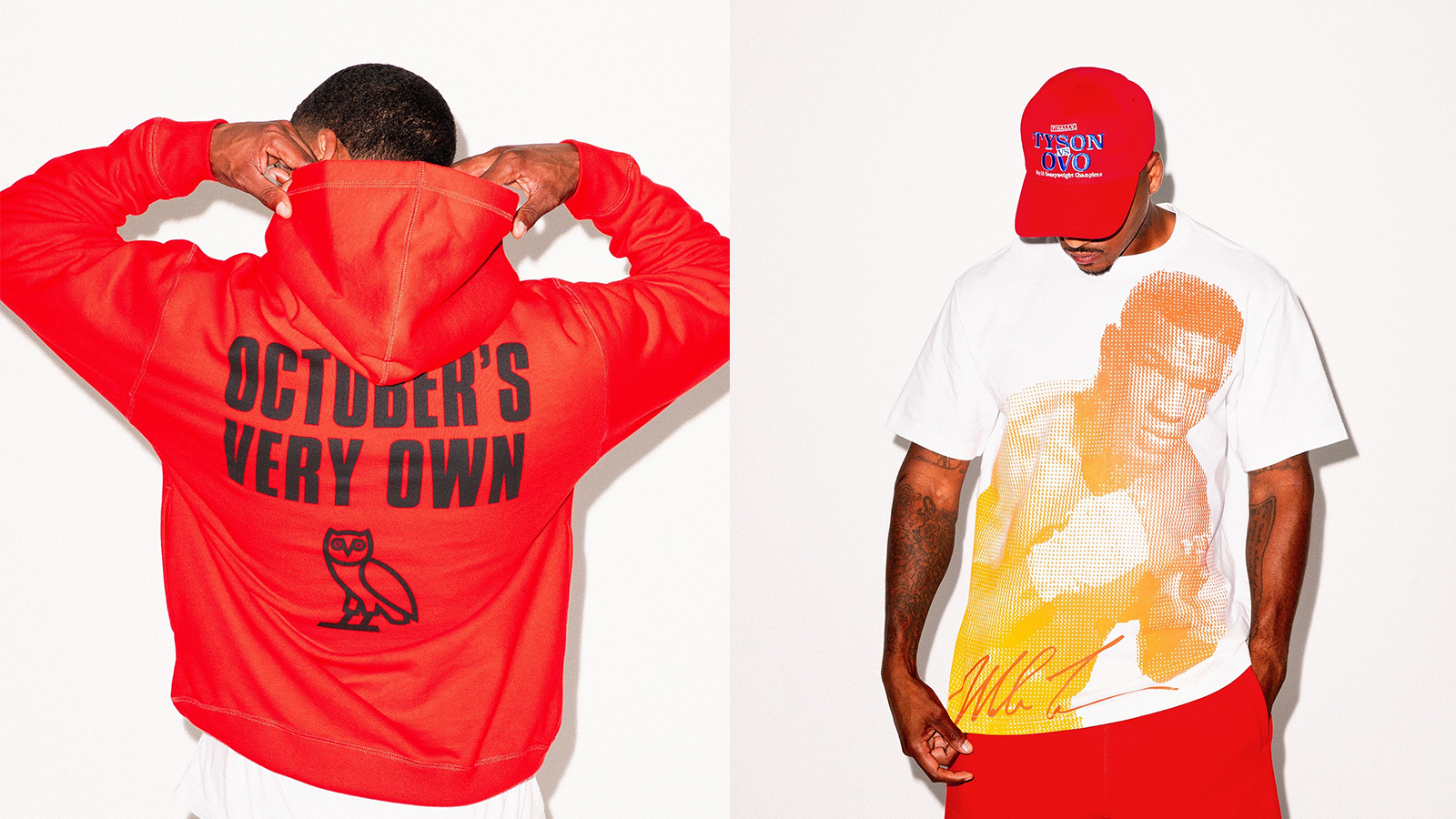 Drake launched the OVO brand in 2008 as his record label “OVO Sound.” Now it has grown to include luxury/hype clothing that is, as of this week, fusing together professional boxing with luxury streetwear. The OVO x Mike Tyson capsule collection features co-branded graphic tees, a coaches’ jacket, shorts, and red, white, and black hats, featuring the aforementioned monogram, a cartoon version of Tyson wearing an OVO champion belt, and a graphic of a young Tyson (with hair!). Tyson’s autograph appears on several ‘signature collection’ items. After all, Tyson once (badly) covered Drake’s song “Hotline Bling” on the late-night talk show “The Tonight Show starring Jimmy Fallon” back in 2015. It just makes sense that Drake and Tyson would team up to create some bling of their own.

For another style partnership, check out the Reigning Champ x Prince Collaboration.