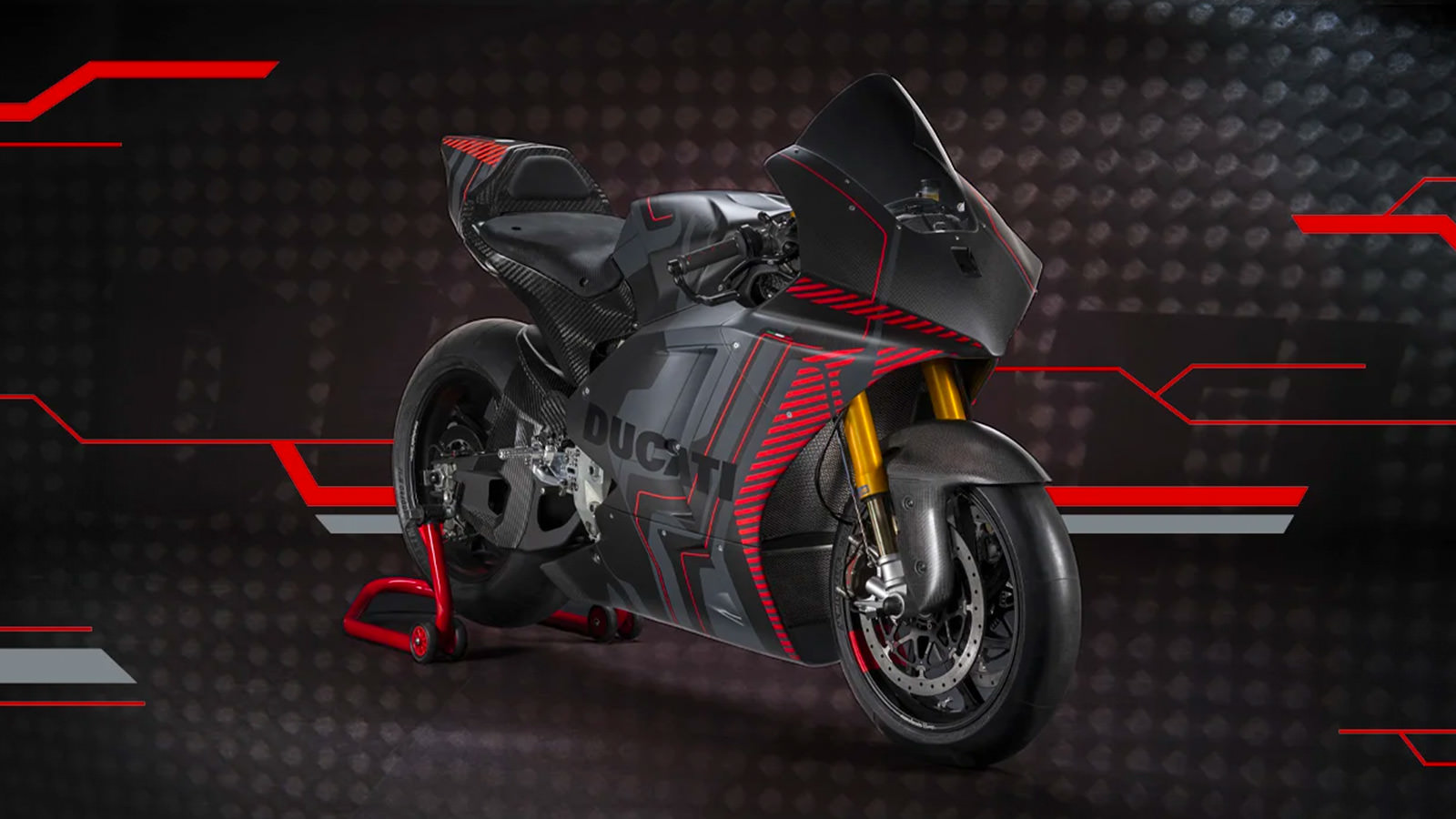 Ducati Motor announced it would be the sole manufacturer of electric motorcycles for the 2023 FIM Enel MotoE™ World Cup. This racing series is the electric class of the MotoGP™ World Championship. Leading up to the start of the season, Ducati released details on its MotoE prototype dubbed the V21L.

The specs on the Ducati V21L MotoE prototype describe a 110-kW electric motor powered by an 18-kWh battery pack. The motor provides a maximum rate of 18,000 RPM to produce 103 lb.-ft of torque and achieve a top speed of 170 mph. Moreover, the battery and electric drive system is managed by an 800-volt system. The battery pack makes up nearly half the bike’s weight, tipping the scales at 242.5-pounds, while the electric motors weigh under 50 pounds. The 2023 Ducati V21L MotoE prototype has a curb weight of 496-pounds.

To help keep the weight down, the V21L features many carbon fiber components. The housing for the V21L’s battery pack and the rear subframe is made from carbon fiber. At the front, the electric Ducati’s front frame and swingarm are made from aluminum. Ohlins provide the suspension with specifically designed brakes by Brembo. In addition, the 2023 Ducati V21L MotoE prototype features a sophisticated dual-circuit fluid liquid cooling system to manage the high demand of full-throttle load on the battery pack.

Ducati’s MotoE bikes aim to achieve lap times on par with the gasoline Moto3 and Moto2 racing series. Ducati claims the V21L prototype can charge 80 percent battery life within 45 minutes. In addition, its newly designed cooling system should allow for faster charging times at the pits. The Ducati V21L debuts next year with 18 bikes on the racing grid at the start of the MotoE 2023 season.

For more from Ducati, check out the 2023 Ducati Panigale V4 SP2. 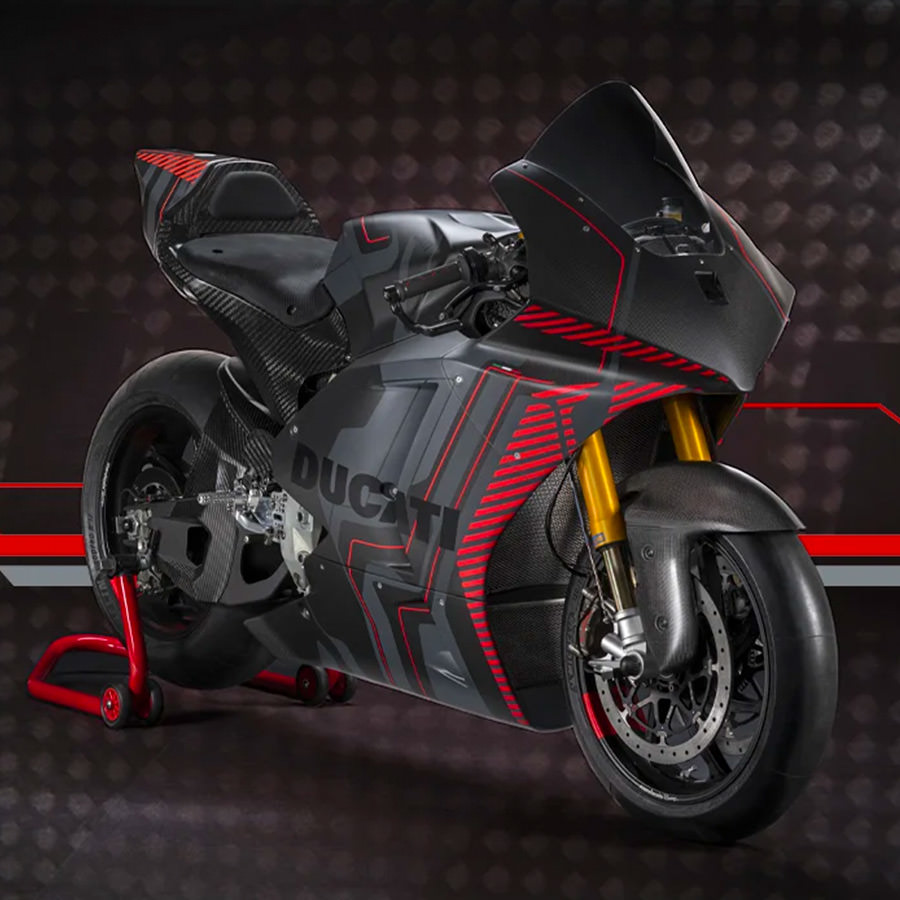