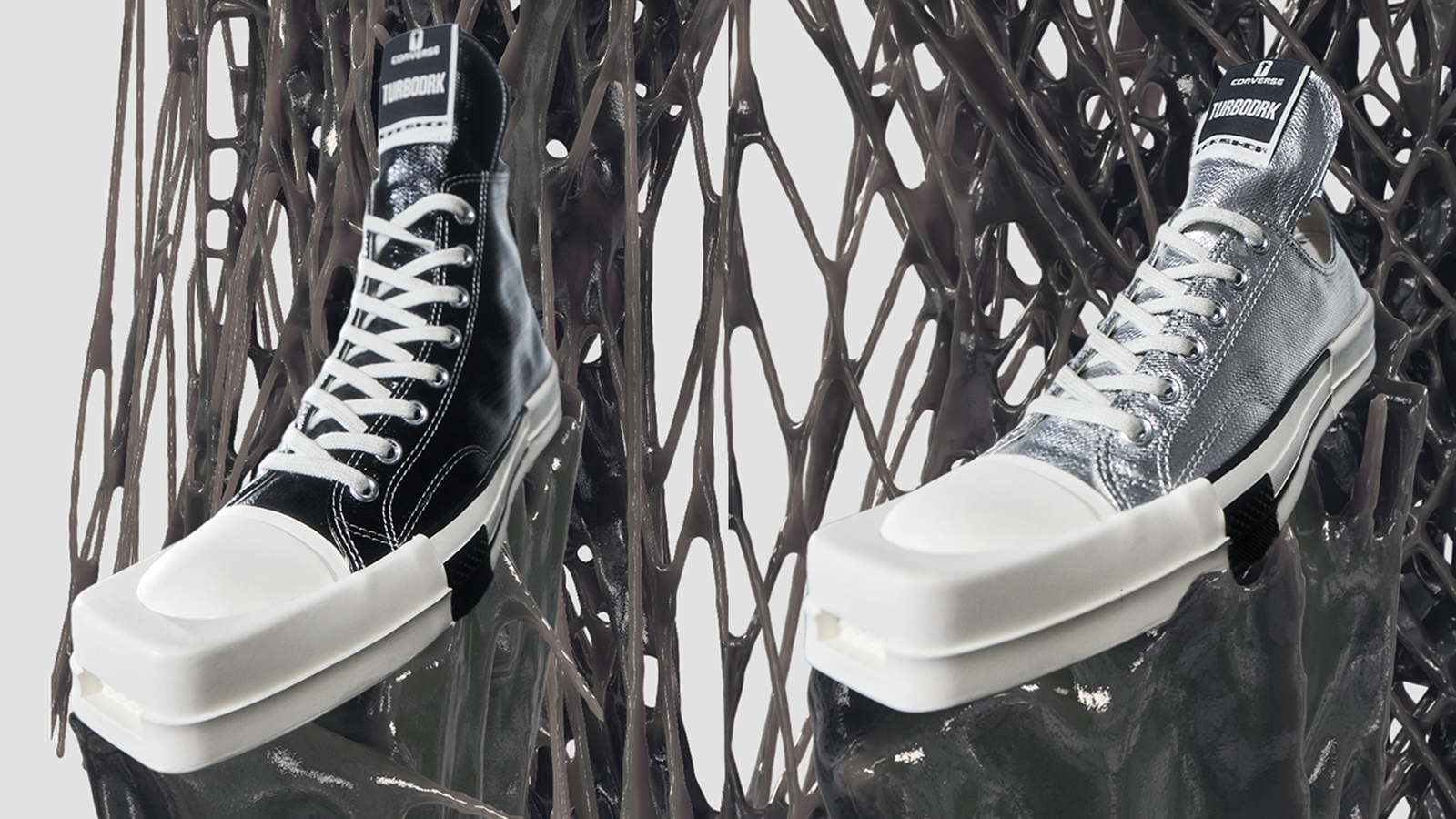 The color schemes reflect Owens’s use of a Gothic aesthetic in his designs, featuring silver in the Chuck 70 Ox low-top sneakers and black in the Chuck 70 Hi hi-tops. The designer has sometimes been referred to as the “lord of darkness”, mixing high-quality fabrics and plush texture. Both designs are co-branded on the tongue tag and feature white shoelaces. Owens has frequently remixed lavish footwear into new styles such as the Rick Owens x Moncler Amber Canvas-Trimmed Leather Snow Boots. Also included in the collaboration is a Mini Backpack that features Owens’ signature color palette and DRKSHDW details.

What started as a galoshes company in 1908, Converse has grown to become an American icon in shoe design and functionality. Beyond the earlier Converse x Owens Chuck 70 TURBODRK collaboration, Converse has regularly partnered with the world’s leading designers and creatives including Todd Snyder, Kim Jones, and Shawn Stussy. They have also upcycled the Chuck Taylor 70 design throughout the years. The new silver Chuck 70 Ox and black Chuck 70 Hi will be released on the Rick Owens and Converse online stores on July 12.

In other style news, check out the OVO x Mike Tyson capsule collection.