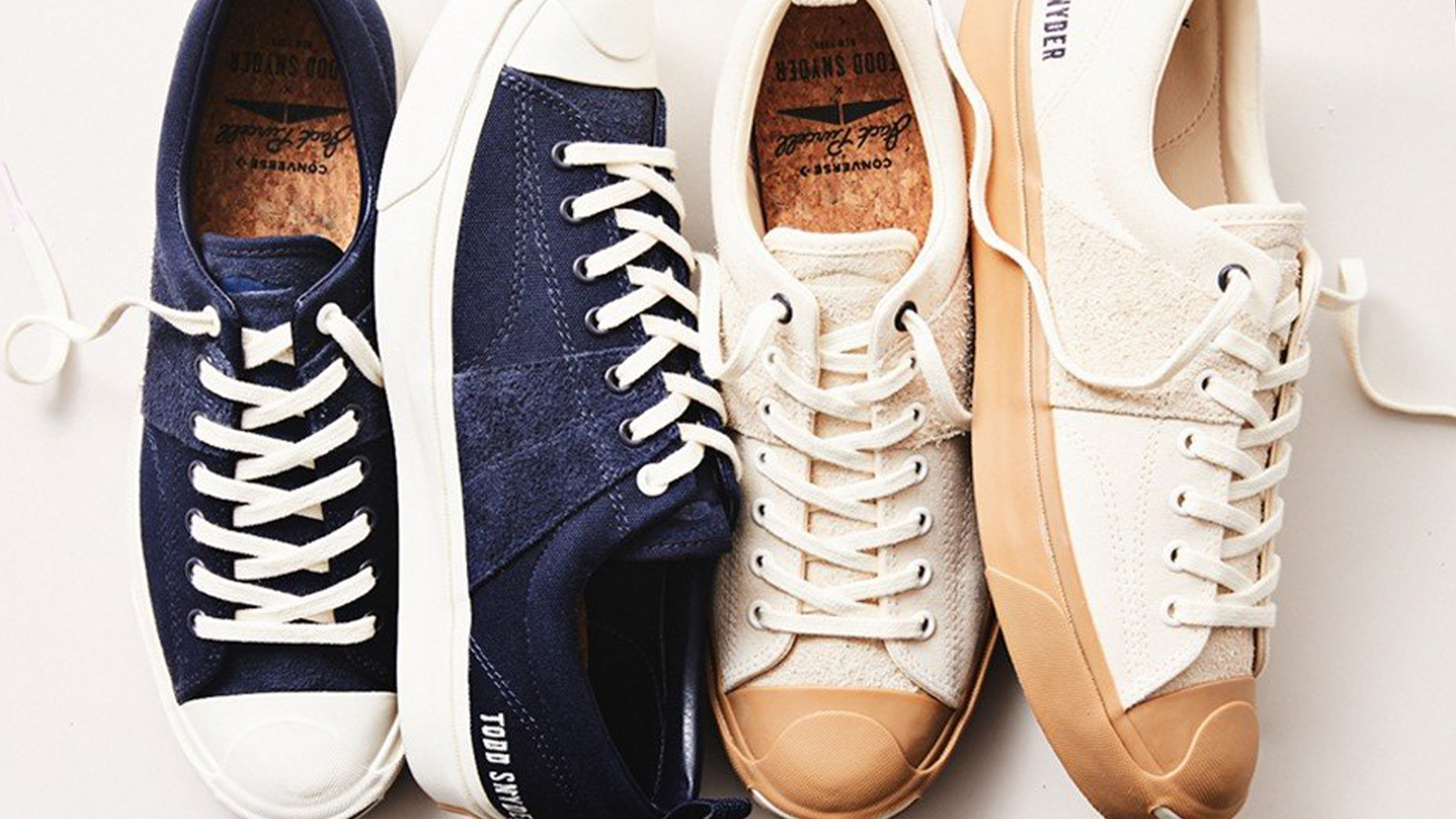 Inspired by the legacy of one of the brand’s most popular shoes, Converse is joining forces with beloved designer Todd Snyder to create a collection based on the one and only Jack Purcell. The Todd Snyder x Converse Jack Purcell Collection will include two colorways of the shoes, along with an extensive array of apparel options, all of which are based on the “vintage sartorial codes of racquet sports.” The Jack Purcell is a shoe that was originally a badminton sneaker designed in 1935 by Purcell, a Canadian badminton champion. The shoes were originally known as PF Flyers. In 1972, Converse purchased PF Flyers along with the trademark rights of Jack Purcell sneakers. Classic Purcell tennis sneakers are unchanged in appearance from their heyday in the 1950s and 1960s. Naturally, the highlight of and inspiration for this Collection is the updated Jack Purcell sneaker. Snyder’s take on the shoe is offered in two colors: navy and egret off-white with rich suede details. The shoes will also feature an embroidered Todd Snyder logo with hidden hints of pink, paying homage to the preppy oxford look. In addition to the new embellishments, both Converse shoe options will feature the signature trim mid-soles and “smile” on the toe cap.

The Collection includes a hat, tracksuits, polos, sweaters, rugby shirts, and joggers. Snyder has imagined a modern-day reinvention of the racquet sports aesthetic, offering a tracksuit in blue plaid that rivals your favorite oxford and a soft, ivory crewneck with a “Jack Purcell Racquet Club” logo emblazoned on the front alongside two badminton racquet clubs. Taking his design cues from Purcell and the country club aesthetic of yesteryear, Snyder and Converse have taken Purcell’s classic club style and mixed it with a decided rebel attitude.

For another Converse collab, check out the Converse x Kim Jones Collection.