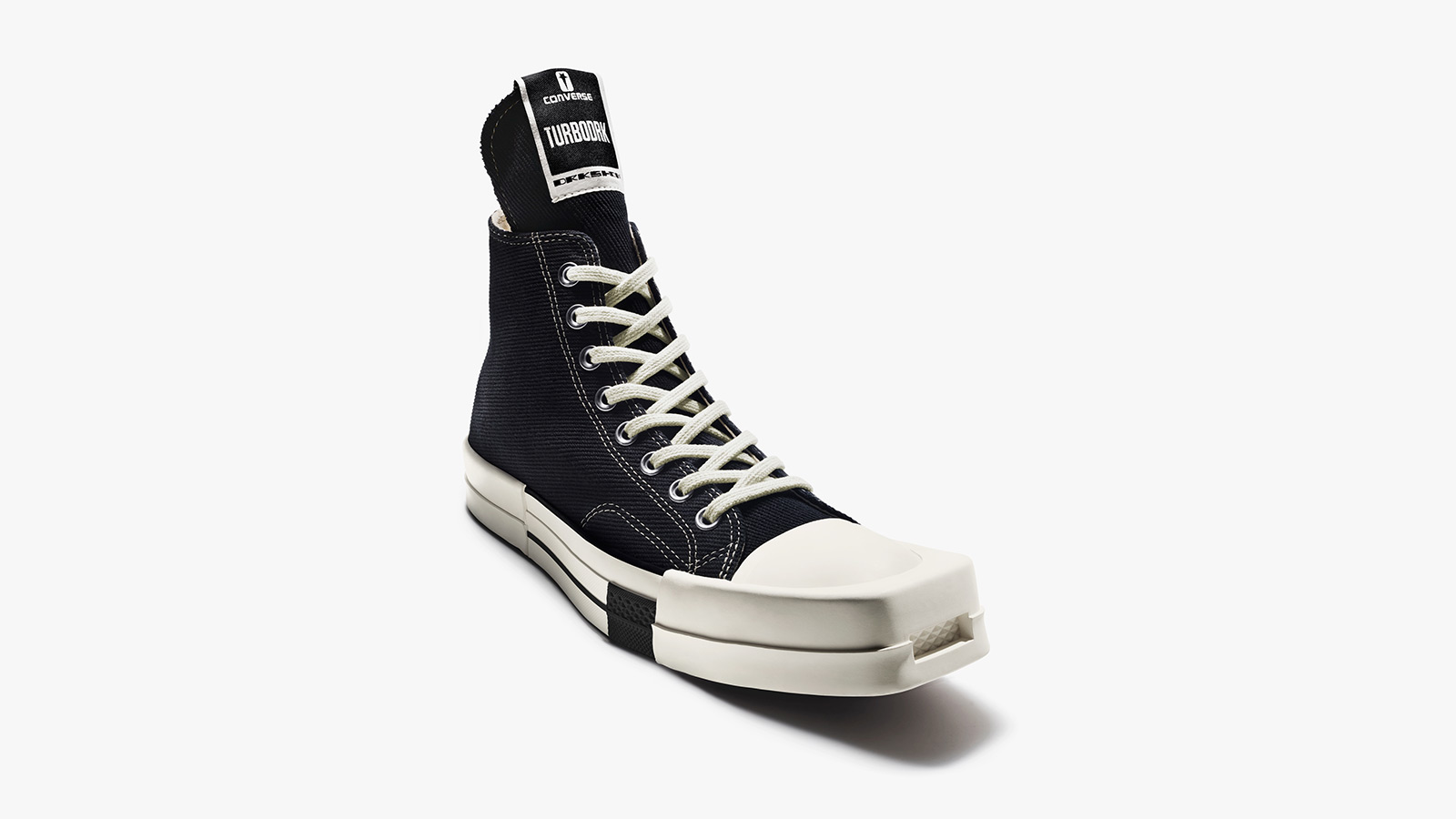 The canvas footwear style that Converse made famous with its original Chuck Taylor All-Star line gets a new look as the company pairs with iconoclastic fashion maven Rick Owens to introduce the Converse x Rick Owens DRKSHDW Collaboration. People know Owens’ work for his emphasis on luxurious, modern minimalism, and his independent spirit. A fan of Chuck Taylors, Owens states “people wear Chuck Taylors to align themselves with a generation that prizes experimentation.” It is a footwear subculture that he sees as dynamic and confident. That’s the mindset that inspired and went into the aesthetic choices involved in Owens and Converse working together.

The partnership’s first design is the TURBODRK Chuck 70 which features a sneaker that has been bent and reshaped by extending the tongue and then squaring off its toe. This is the first time Converse has altered its classic lines after a century in the industry. Owens says he likes to distort things when he sees them in widespread use, chalking it up to an after-effect of typical adolescent rage. But in this case, mixing things up in the culture has far-reaching effects, since Owens and Converse are taking the new collaboration to the mass market. No word yet on when the shoe will be available, but the release will include two TURBODRK Chuck 70s, initially in black, with lily white to follow.

You may also want to check out Converse: The Story Behind the All-American Brand.