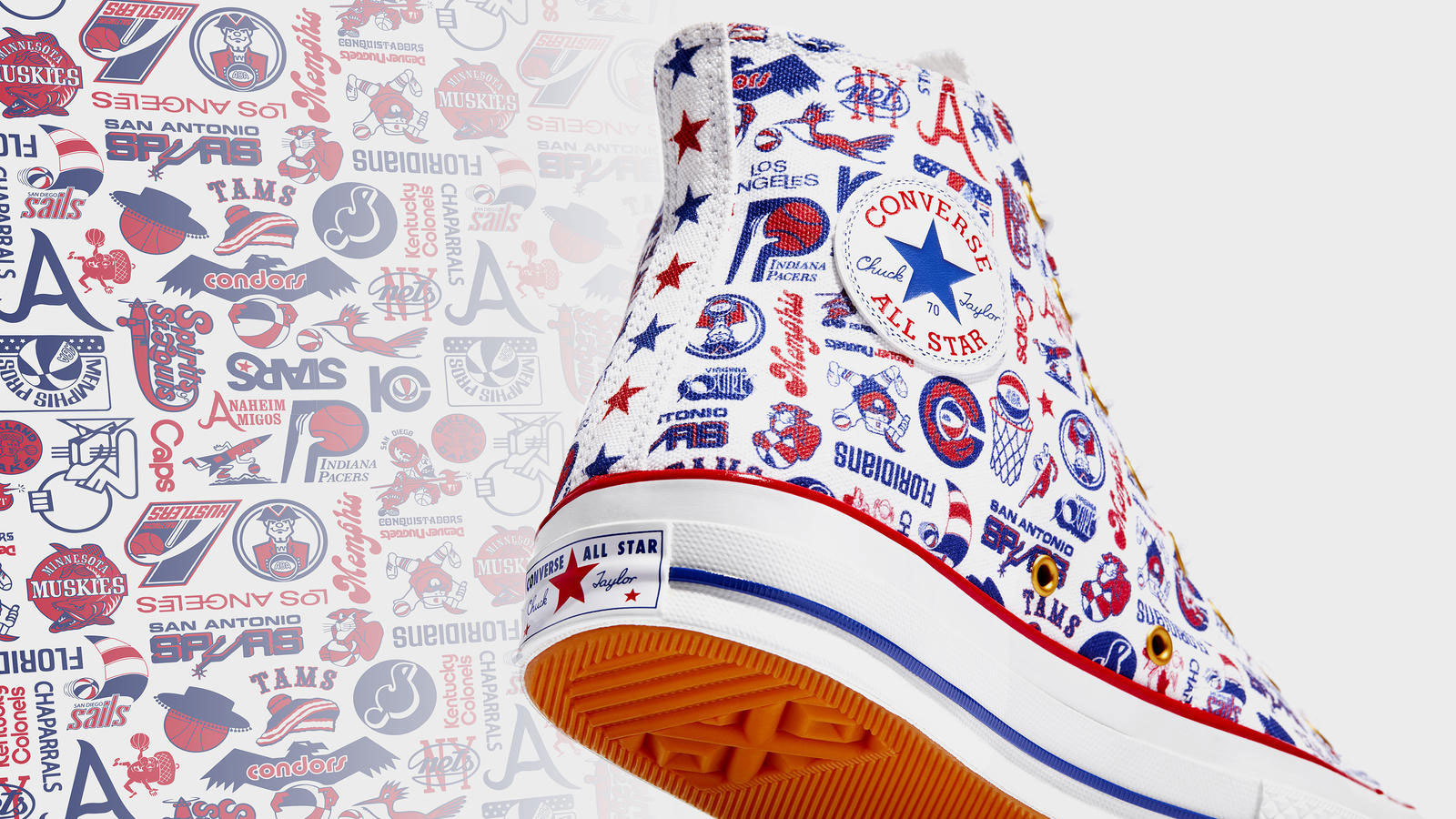 Heading into the 45th anniversary of the NBA/ABA merger, Converse has released its new ABA capsule, which pays tribute to the energy and passion of the ABA players and their lasting impact on the game today, including the first Slam Dunk contest, won by Julius “Dr. J” Erving. The capsule features three silhouettes including the All-Star BB Evo, the G4, and Chuck 70. All three have new colors and patterns to represent the spirit the ABA brought to the game.

All three Converse silhouettes feature an enamel red, white, and rush blue color scheme. The All-Star BB Evo continues the model’s stark split-shoe design, adding a dash of gold to the signature Converse Star Chevron logo, while the G4 includes subtle asymmetric red and blue detailing between the shoe’s medial and lateral sides. The ABA logo appears on the tongue of both silhouettes the Evo also shows the logo on the outsole). The Chuck 70 rounds out the trio — its upper features an all-over print graphic with the logos of some nostalgically-storied franchises, such as the San Diego Conquistadors, the Pittsburgh Condors, the Oakland Oaks, and more.