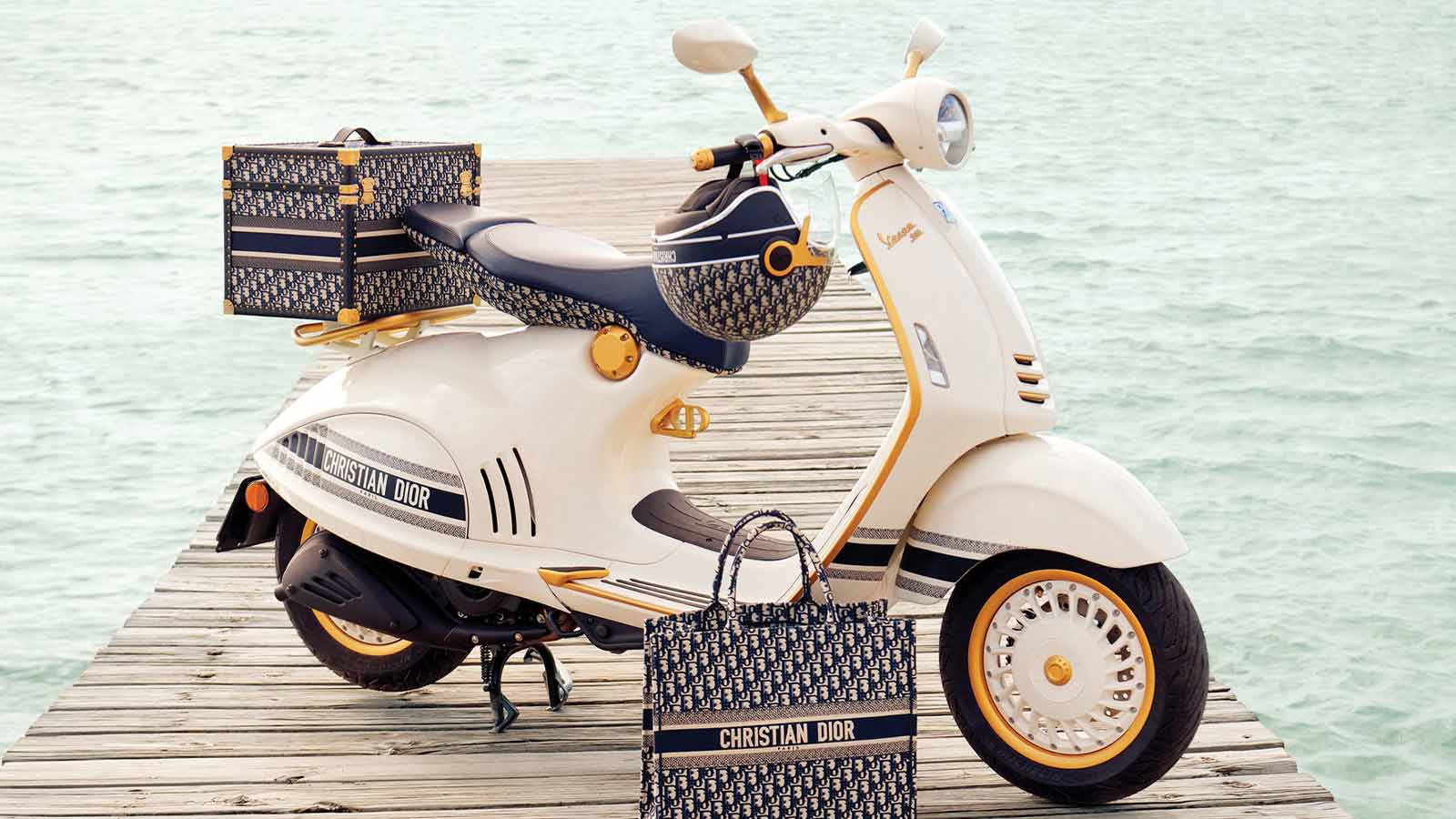 Piaggio and Dior were both born in the same year in 1946. Both have become icons in their own respected fields that often overlap. Thus, they have joined forces to bring the 2021 Vespa 946 Christian Dior into the world. This is a special edition Vespa 946 that has been decked out in Dior Oblique design featured throughout the scooter. Gold trim compliments the scooter’s cream white base. A Dior carrying case comes included that can be mounted on the back. The Vespa 946 Dior will be available in Piaggio Motorplex and Dior boutiques stores worldwide in spring 2021.

The Vespa 946 is exactly what comes to mind when the world thinks of an Italian scooter. It’s curvy, stylish, and encourages you to ride while wearing your Sunday best. Vespa brought back this iconic design in 2012.The modern 946 is powered by a four stroke single cylinder engine. Good for putting out nearly 12 horsepower and a top speed of almost 60 miles per hour. It’s a scooter designed for urban living and looks cute in front of any corner boutique. It’s the Vespa 946 that made it an ideal choice for a joint collaboration with fashion giant Christian Dior. Together they have created a scooter that pays homage to each other.