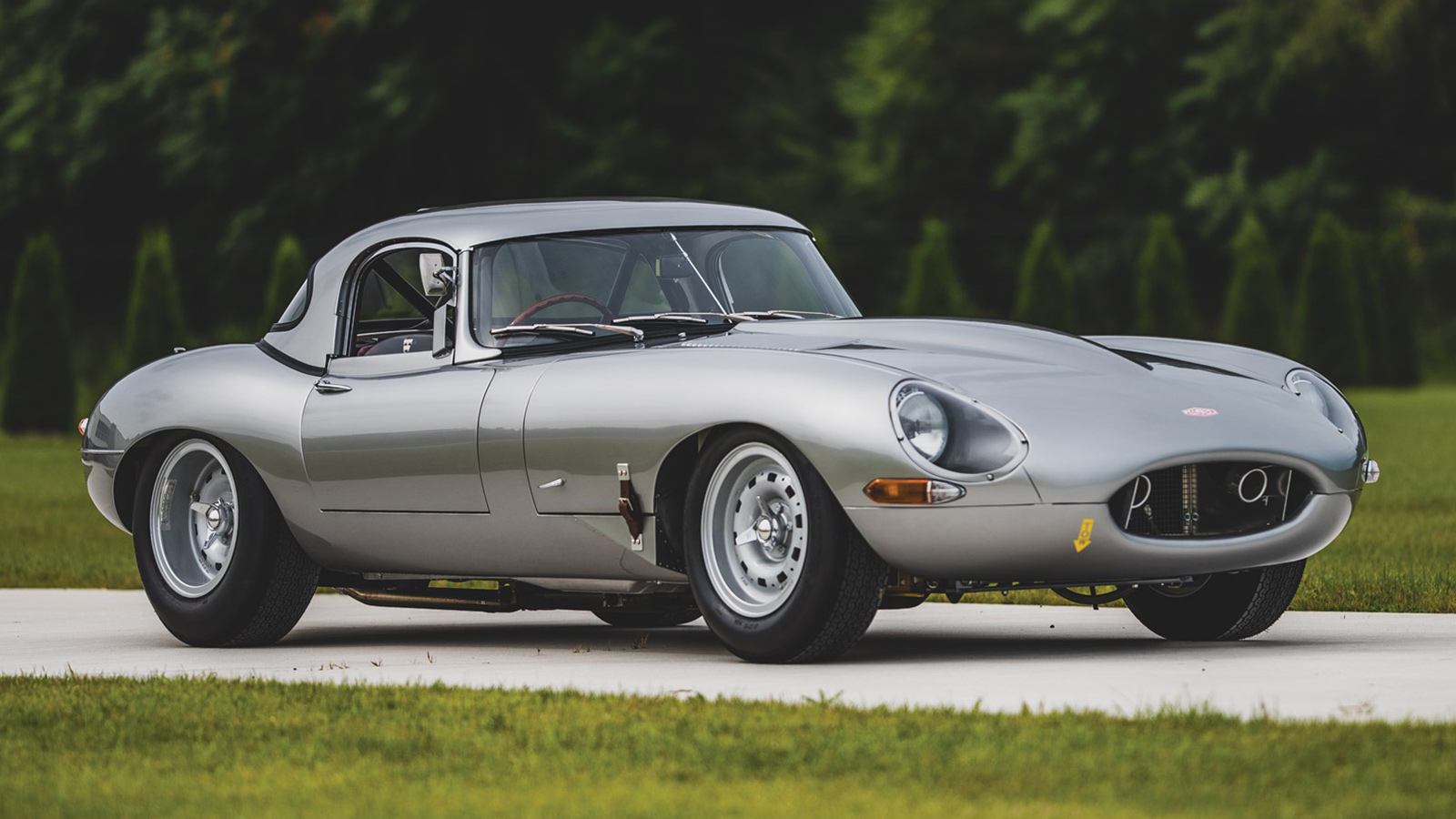 With just 717 miles on the odometer, 1963 Jaguar E-Type Lightweight Continuation is in virtually new condition thanks to diligent upkeep from the only owner it ever had. Originally used as a press car throughout North America, “Car Zero” is one of just seven continuation cars built by Jaguar Classic. It was rebuilt to the original 1963 specifications prior to being delivered into the hands of Sotheby’s.

Its wide-angle 3.8-liter inline-six engine is outfitted with Lucas mechanical fuel injection and three Weber carburetors which enable it to turn out 300 hp. Originally, the run was supposed to include 18 cars but between 1963 and 1964, only 12 ever ended up being built. Fast forward to 2014 and Jaguar announced that the remaining six cars would be finished.

After its stint as a press car, this particular 1963 Jaguar E-Type Lightweight Continuation was completely restored to its original glory using techniques, blueprints, and materials true to the era in which it was first manufactured. Inside, red leather racing bucket seats complement the door inlays and come complete with five-point safety harnesses for a ride unlike any other— inside and out,