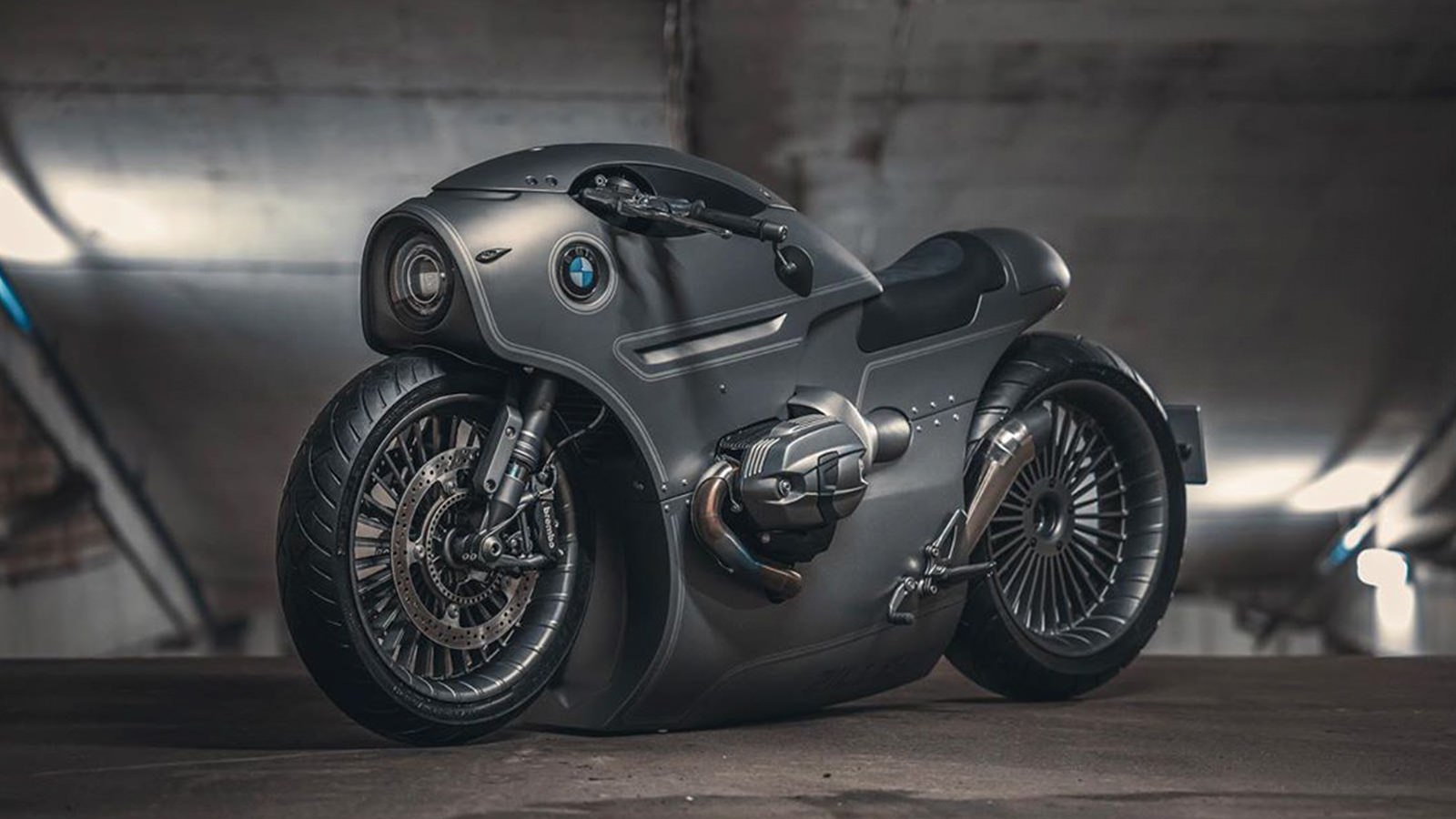 The Zillers Garage BMW R nineT is aggressively futuristic with custom bodywork throughout its primarily-bespoke design. Hailing from the Russian design studio, Zillers Garage, the steely matte gray bike hovers just inches from the ground thanks to a modified suspension that can be raised and lowered simply by touching a button. The engine remains the same 1,100 cc displacement and a maximum 110hp at 7,750 rpm.

Originally slated to be unveiled at the canceled Motovesna Motorcycle Show, Zillers Garage has taken to social media to show off its one-of-a-kind ride. Other customized features include new housing for the single headlight and for the fuel tank. Atop the fuel tank, there is a digital speedometer as well as the aforementioned button that lowers and raises the suspension. There is a separate button that operates the headlight. A new exhaust system was also designed for this bike. Those customizations give the revamped BMW R nineT a daunting aesthetic that looks like it’s made to survive a zombie apocalypse.