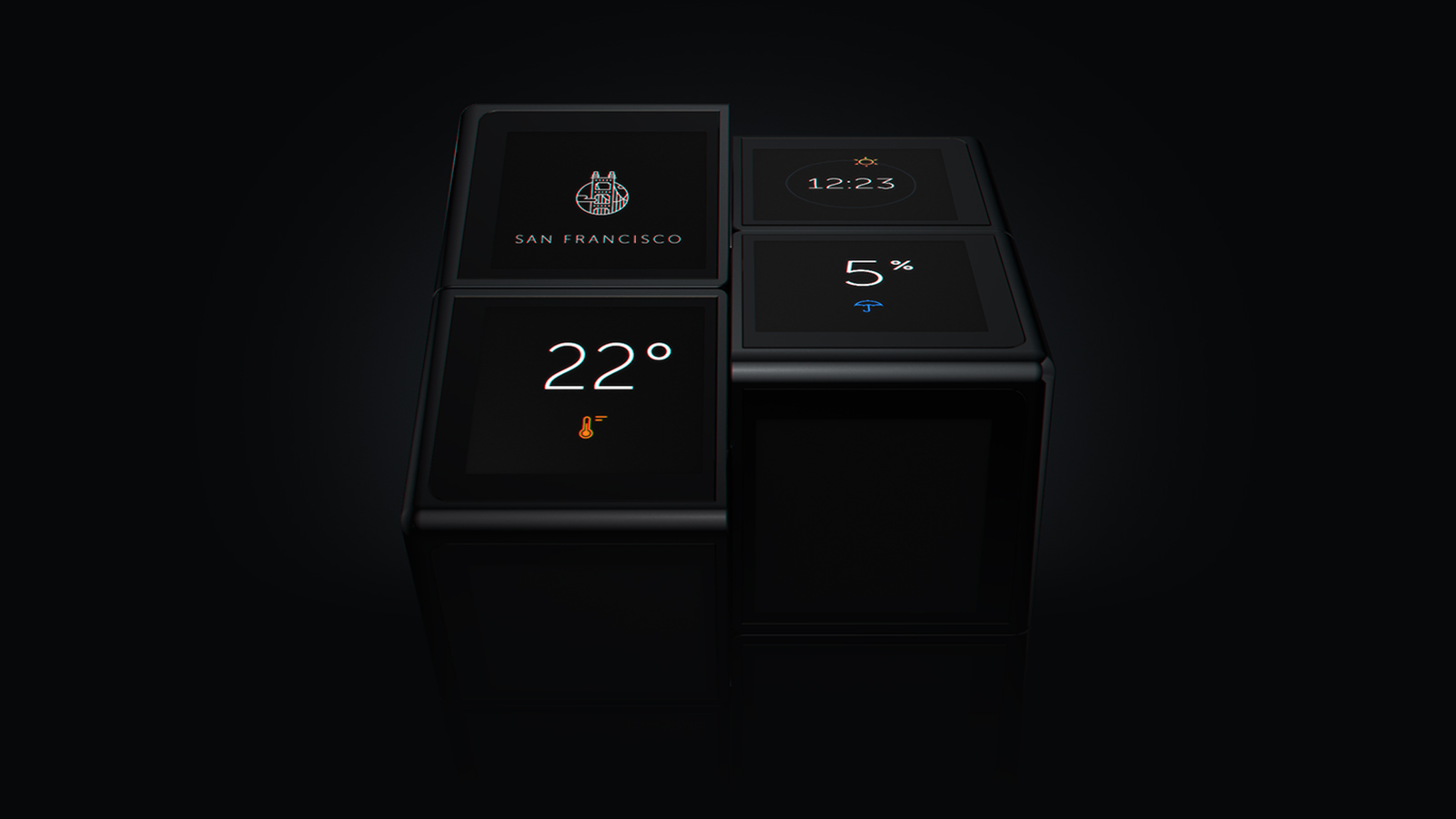 Developed by Cubios, Inc., the WOWCube is a unique handheld game device. The WOWCube draws inspiration from puzzle cubes but gives them a distinctly high-tech overhaul thanks to a series of twenty-four screens along with eight autonomous modules. Imagine a 2 x 2 inch Rubik’s cube, but instead of the sides being a solid color they are covered with high-resolution microdisplays instead. With the high-resolution displays mounted on the surfaces of the WOWCube’s eight modules, each module communicates with the other as the player rotates and otherwise interacts with the device. A built-in CPU along with multiple magnetic connectors helps the system to function seamlessly.

The WOWCube system is controlled by twisting, turning, tilting, and shaking the cube. It is well suited for arcade games, puzzles, mazes, and word games and it comes pre-loaded with Pipes, Scrabble, and Maze. With the tiny CPU inside, which connects to an app by Bluetooth, a massive number of combinations are possible. The apps are programmed through a drag and drop interface, for distribution through WOWCube’s play store. The developers at Cubios, Inc. will reveal the date when pre-orders will be taken for the WOWCube during the all-digital CES 2021 event slated for January 11-14.

For more on mobile gameplay, check out The Backbone One.