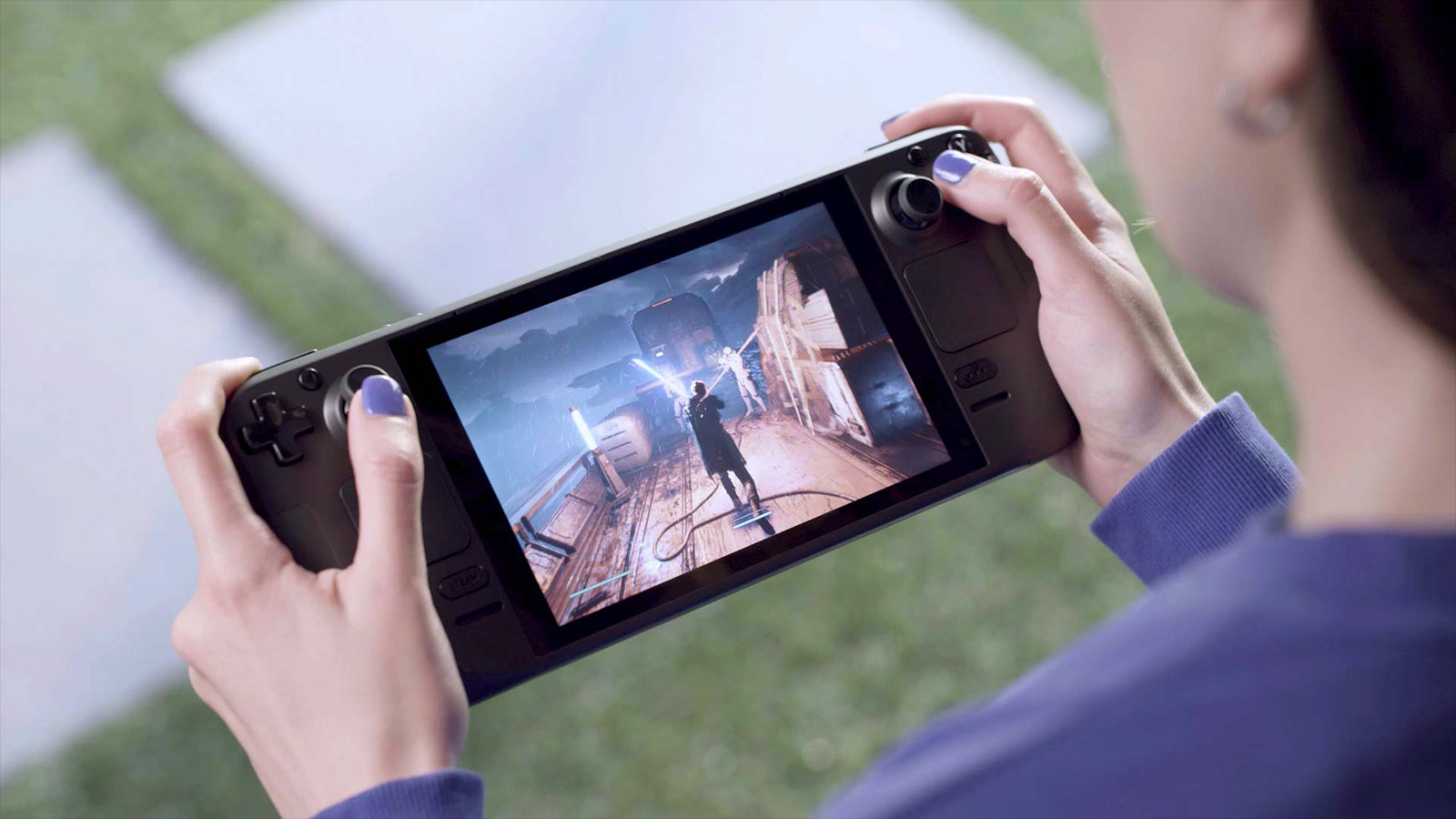 With such a wide range of games in the Steam Deck library, people might be tempted to stay inside far longer than they intended because the gaming experience has them tethered to their home PCs. But later this year, individuals who prefer to be out and about can take their Steam games with them. The Valve Steam Deck is available in three configurations — 64GB, 256GB, and 512GB — and begins shipping this December. They each weigh about 1.5 pounds and measure 11.5-inches x 4.5-inches x 1.9-inches, to support long sessions comfortably. The 40Whr battery delivers 2-8 hours of playing time.

The Valve Steam Deck is versatile, offering players left and right trackpads as well as a 7-inch touchscreen, and left and right thumbsticks with capacitive touch. But most importantly, the Steam Deck gives players full access to their Steam library to play with friends online. Its dual microphone array with a stereo headset jack enables clear communications with opponents. Users just power on the device, sign in to their account, and they can start playing Steam games via an internet connection. While it functions as a standalone handheld player, the Steam Deck also connects to speakers and other peripherals via Bluetooth 5.0 and Wi-Fi, such as a big-screen TV at a friend’s house.

For news about another gaming system, check out Nintendo’s Switch With OLED Screen.