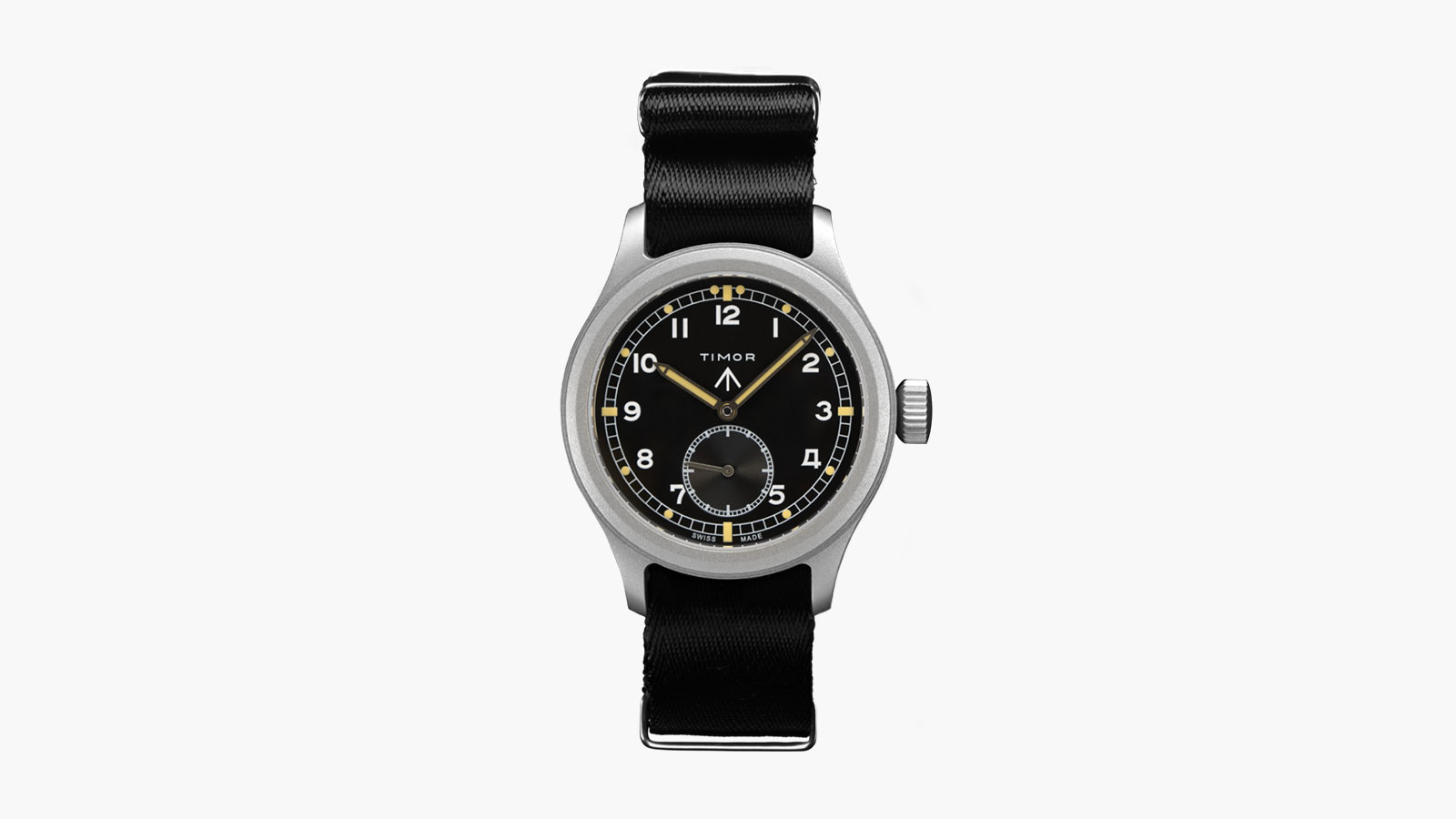 Whether you’re a history or military buff, a guy with old-school style, or just somebody who values rugged yet elegant tools, the Timor Heritage Field Watch will definitely pique your interest. This vintage design resulted from a Kickstarter effort to bring back the spirit of the original combat field watch made by Timor, one of 12 watchmakers — the so-called Dirty Dozen — commissioned during World War II by Britain’s Ministry of Defense to give soldiers a tough, durable timepiece that could withstand the rigors of the battlefront. The new Timor Heritage Field Watch has been released to commemorate the 75th anniversary of the original’s shipment to the front lines. The 36.5mm field watch comes in either a hand-wound or automatic version, using Swiss-made movements made by Sellita exclusively for Timor.

Even if you’re not a history buff familiar with its backstory, the watch just looks awesome, from its razor-precise tips of its hands to the bead-blasted stainless-steel case. You can even go fully throwback by using the AFO210 webbing strap (just like World War II soldiers did) that’s provided along with a modern counterpart.