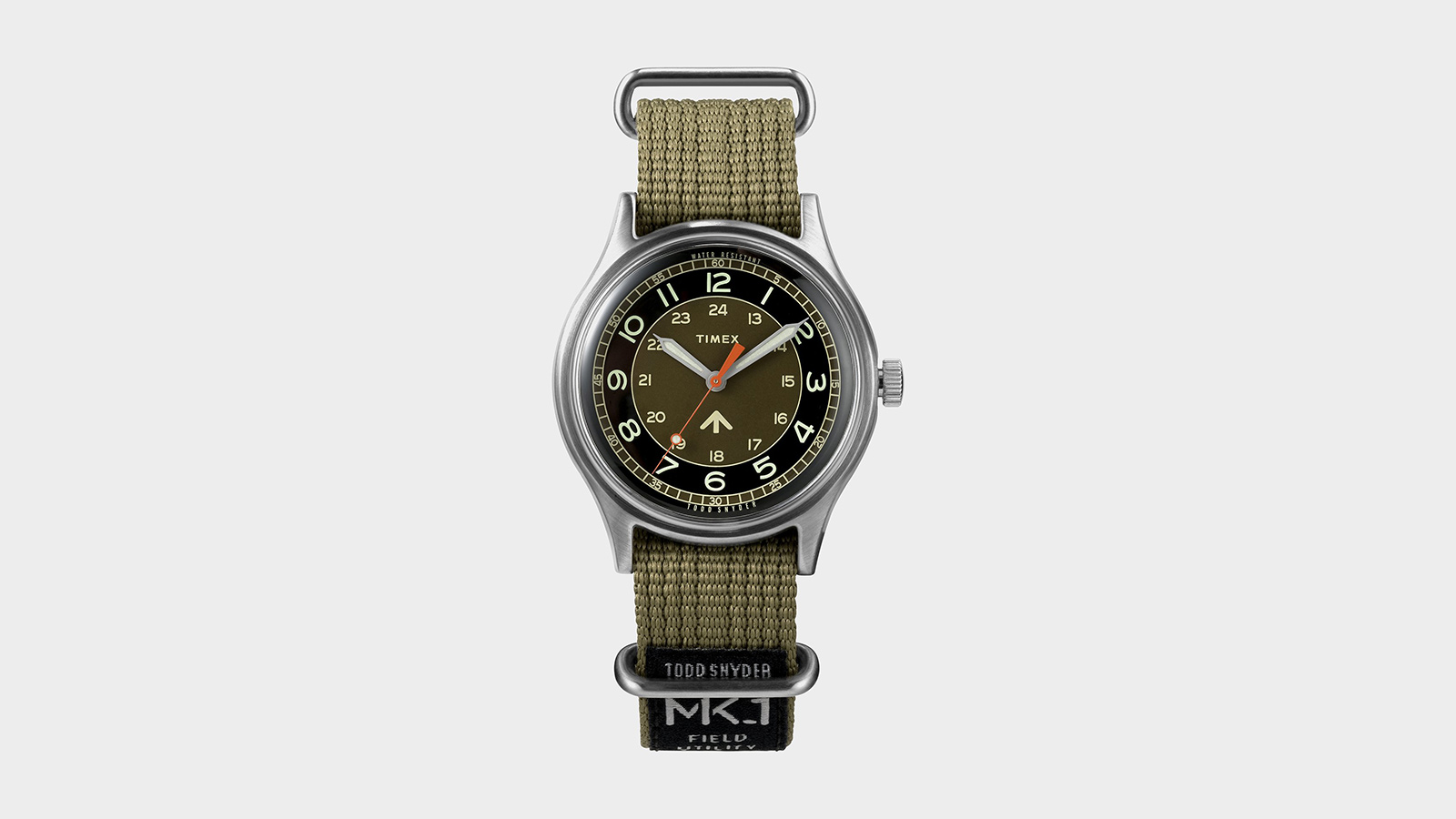 Timex and Todd Snyder have once again collaborated on the new Timex x Todd Snyder MK1 Bootcamp, a watch that builds on Timex’s history in creating usable, simple field watches that include issued watches used by the Marines. According to Snyder, “I’ve always been inspired by the rugged beauty of watches that were originally developed for American servicemen,” Snyder said in a statement announcing the timepiece. “I was excited to work with Timex on a ‘maintainable’ version of those vintage timepieces that would look modern and appeal to today’s gentleman.”

Snyder’s new take on the MK1 Bootcamp watch draws on a very specific Timex reference with a Mil-Spec W-4637 4B specification. Produced for only two months in 1982, the model was originally built to be “non-maintainable,” in other words, disposable to allow for a lightweight body without a removable caseback, eliminating the possibility of repairs. The Timex x Todd Snyder MK1 Bootcamp, which is not disposable, gets a sturdy 40mm case forged in aircraft quality stainless-steel case that is water-resistant to 50 meters, a 20mm lug on which a NATO-style nylon strap is secure, a domed acrylic crystal, and an INDIGLO backlight. No frills, just functionality.

For another Timex and Todd Snyder collab, check out the Q Timex. 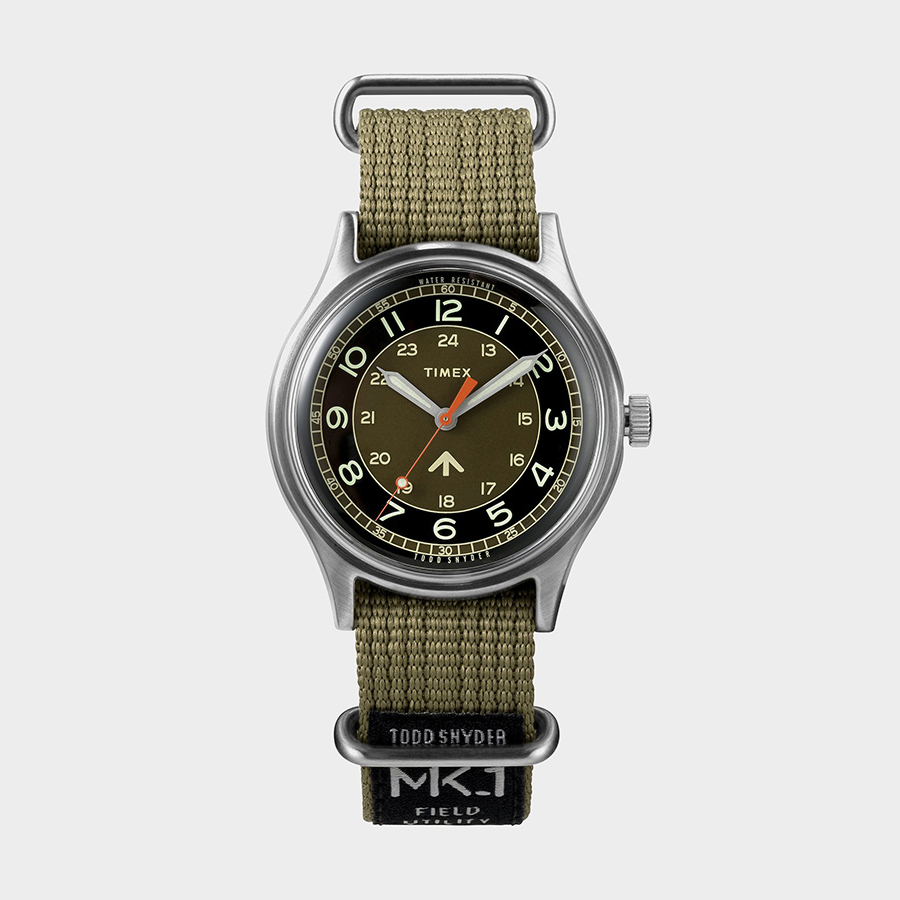