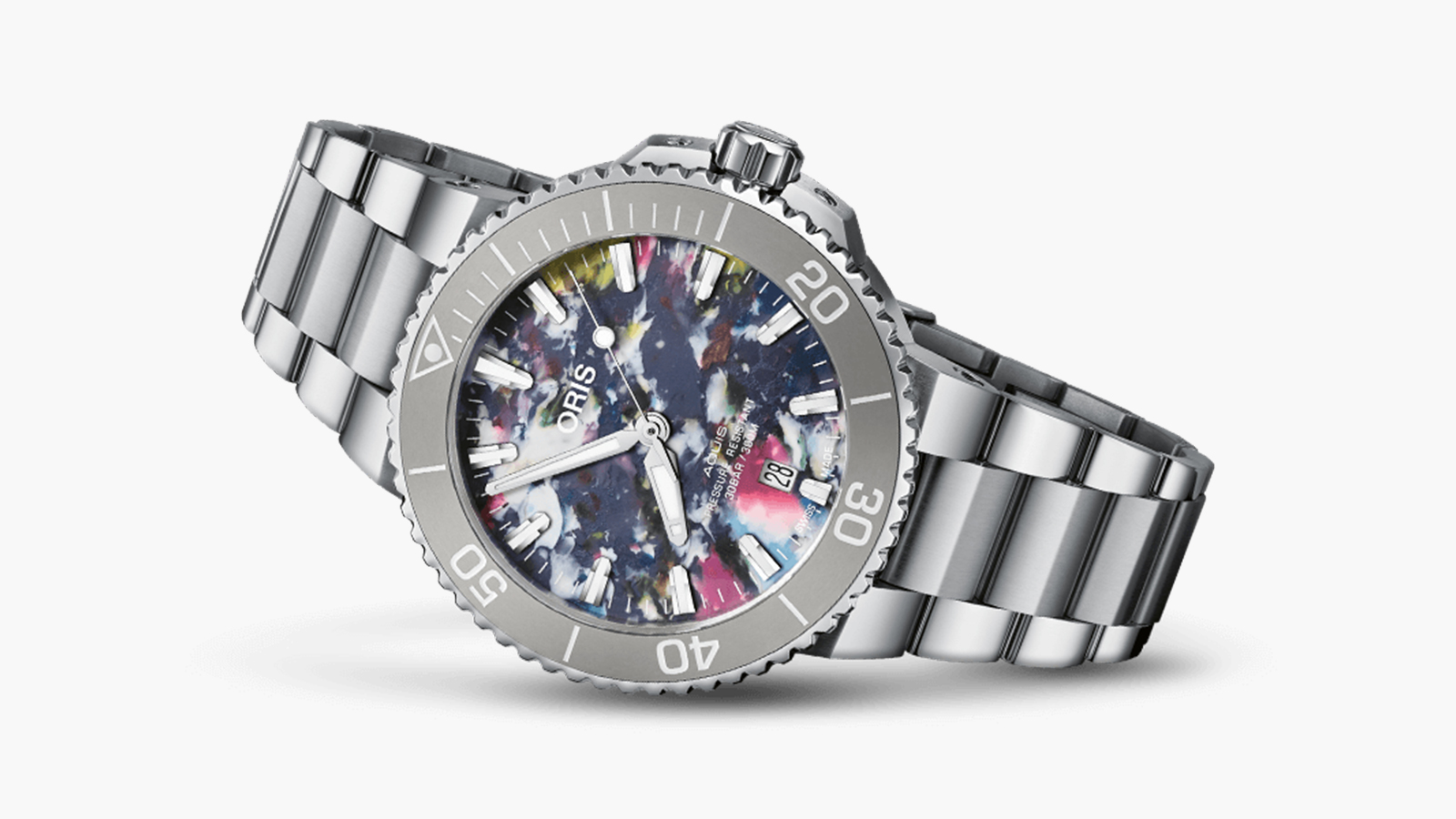 In conjunction with watchmaker Oris’s recent news of achieving climate neutrality and the promise of a published sustainability report for 2022, the independent Swiss brand has announced a pair of new Aquis models that further their commitment to sustainability by using recycled ocean plastics to create unique and colorful dials. The company’s new watch duo is named the Aquis Date Upcycle, both of which feature dials created from PET plastics. This new version of Oris’s core dive watch line is offered in both 41.5 and 36.5mm sizes. This is the same material that was used on a special caseback medallion featured in the Clean Ocean Limited Edition, an ocean-conservation-themed Aquis that Oris launched in March of 2019. According to the United Nations, every year as many as 13 million tons of plastic make their way into our oceans. With only 9% of all plastic produced believed to have been recycled thus far, there is a clear need for individuals and businesses to rethink strategies to increase sustainability efforts. Oris is certainly doing its part.

The Aquis Date Upcycle watches are water-resistant to 300 meters, with a guarded screw-down crown for maximum security against moisture. While both sizes are very colorful, the larger 41.5mm version is outfitted with a darker collage of PET plastic, which the 36.5mm configuration has a brighter PET disc. The large central hands and indices of the dials are filled with SuperLuminova for the utmost legibility. A date aperture has been added at 6 o’clock with a black on white disc that makes it easy for the eye to discern. Inside, beneath an exhibition mineral glass caseback is the Oris caliber 733, which is based on the Sellita SW200-1. Both watches are finished with a stainless steel bracelet with a clasp extension system.

For another example of a watch made from ocean plastic, check out Shinola’s ‘Sea Creatures’. 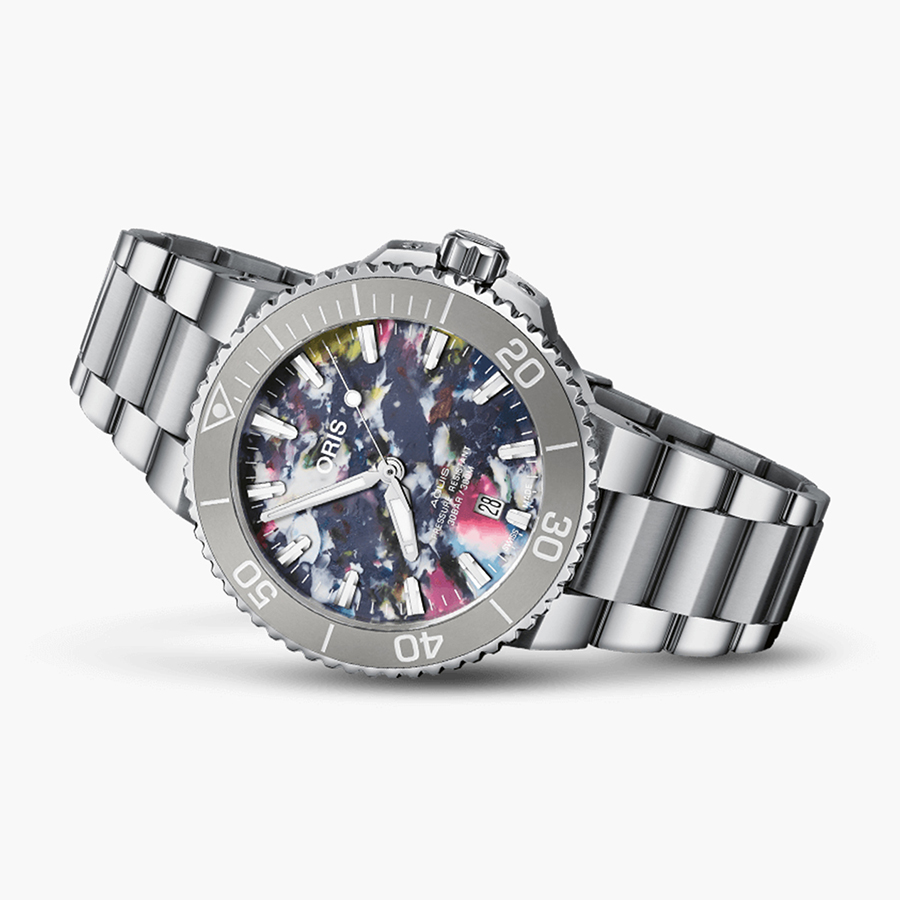