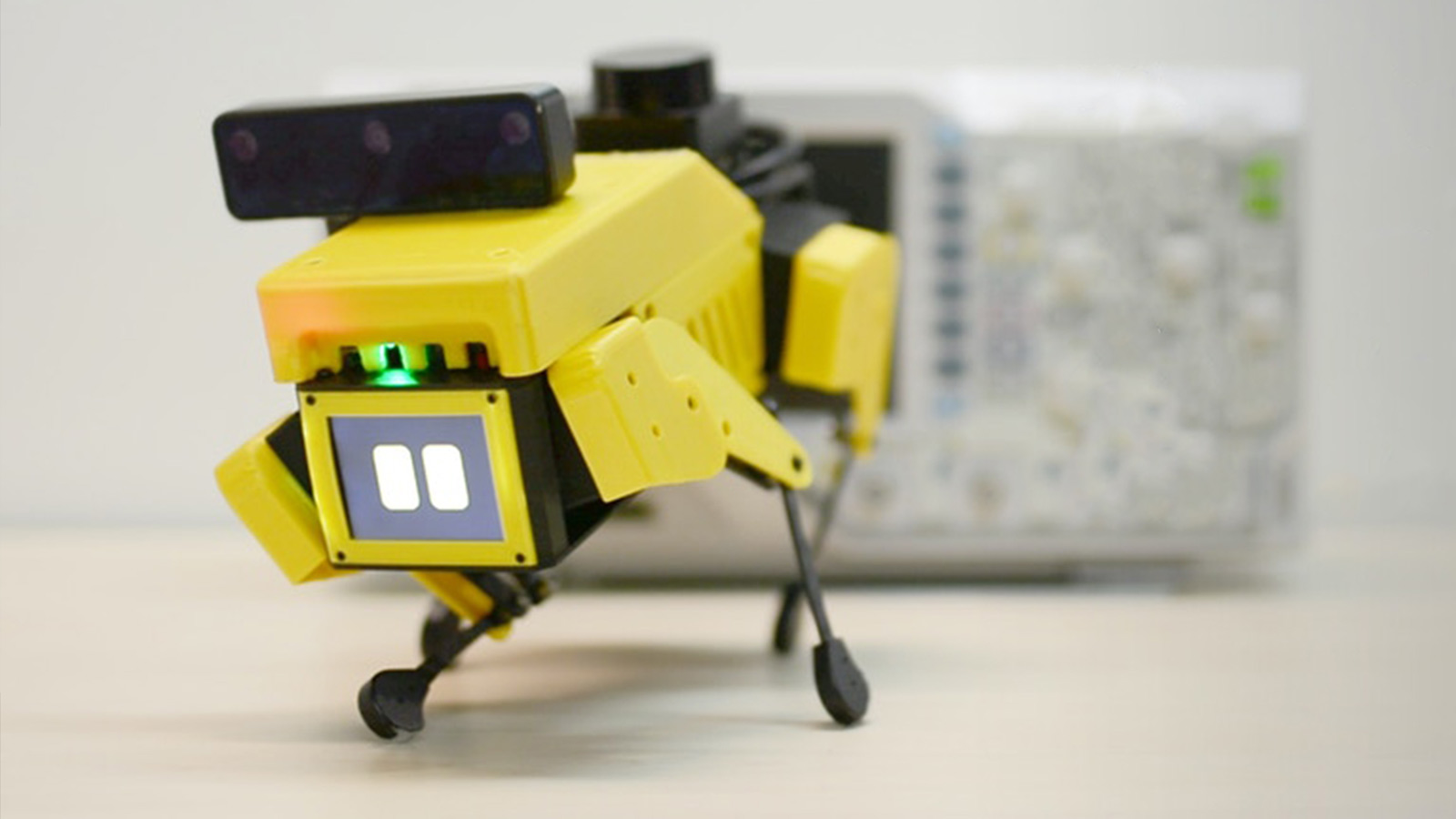 Mini Pupper, manufactured by Hong Kong-based startup MangDang, is currently crowdfunding on Kickstarter. The company describes Mini Pupper as “a dog-shaped robot that is aimed at stimulating and empowering your creativity.” The robot is available in an open-source kit that users assemble themselves. However, there is also a fully-assembled option, as well.

Measuring 8.2- by 4.3- by 6.5-inches and weighing in at 20 ounces, the robot can either be preprogrammed or remotely controlled in real-time, and its integrated Raspberry Pi 4B microprocessor is compatible with the Ubuntu and ROS operating systems. Mini Pupper can also be equipped with third-party devices such as a LiDAR module for scanning and mapping its surroundings, and a depth-sensing camera for identifying and tracking objects. It also has an animated LCD screen face that can be programmed to display different expressions. Mini Pupper is designed with 12-degrees-of-freedom agility, so the robot can walk at various gaits including pacing, bounding, or trotting. One 30-minute charge of its 800-mAh battery is claimed to be good for about 25 minutes of use. According to the company, Mini Pupper will be ready to ship in November of this year.

For another type of robot, check out Amazon’s Home Robot Astro.