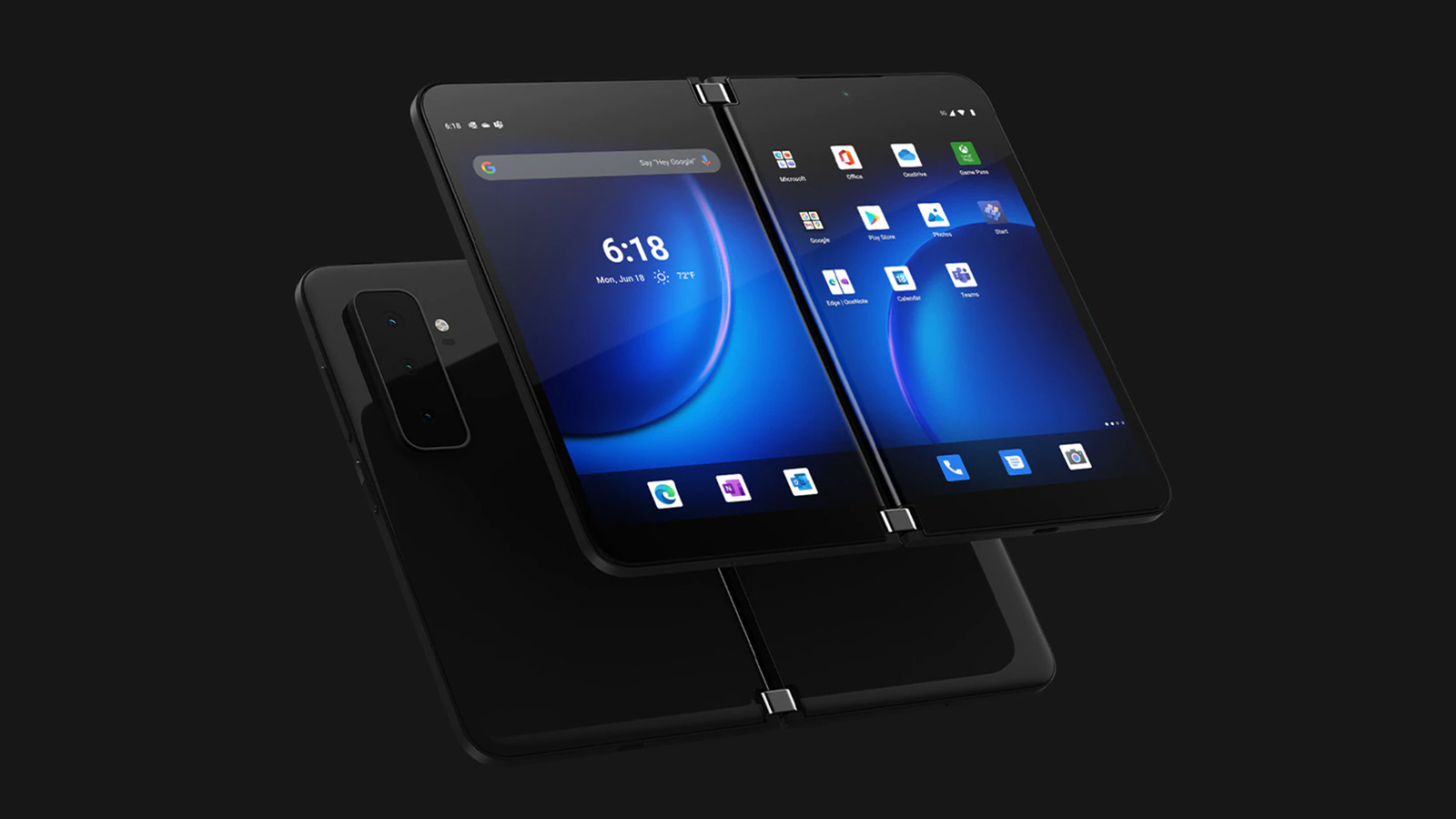 During Microsoft’s Surface Windows 11 event today, the tech giant announced its second version of its two-screen Android phone, the Microsoft Surface Duo 2. The new Duo 2 is designed with two 5.8-inch AMOLED screens with 90Hz refresh rates joined by a 360-degree hinge in the middle, which now has a “Glance Bar” that provides notifications on the outside hinge. This latest release comes with much more modern and competitive specifications than its predecessor, including a Qualcomm Snapdragon 888 chip (up from the SD855 on last year’s model), 8GB of RAM (up from 6GB), and storage options that go from 128GB up to 512GB.

The Microsoft Surface Duo 2 also gets a huge camera upgrade. The company has added a new 12-MP selfie camera on the inside along with a huge new triple-lens rear camera module with a 12-MP main cam, a 16-MP ultra-wide cam, and a 12-MP telephoto cam with a 2x optical zoom. This gives the Duo 2 more respectable photo chops compared to competing flagship handsets, though the size of the rear camera module does come with the downside of not being able to fully open the Duo 2 a full 360 degrees as you might on a 2-in-1 device.

The Duo 2 is launching with Android 11 pre-installed. Microsoft also added NFC along with support for 5G connectivity. The Surface Duo 2 measures just 0.21 inches thick when fully opened, and Microsoft claims it is the thinnest 5G mobile device on the market. The Duo 2 comes in two colorways — Obsidian and Glacier. It can be preordered now and will be available on October 20th.

For another Microsoft product release, check out the Surface Laptop Studio.