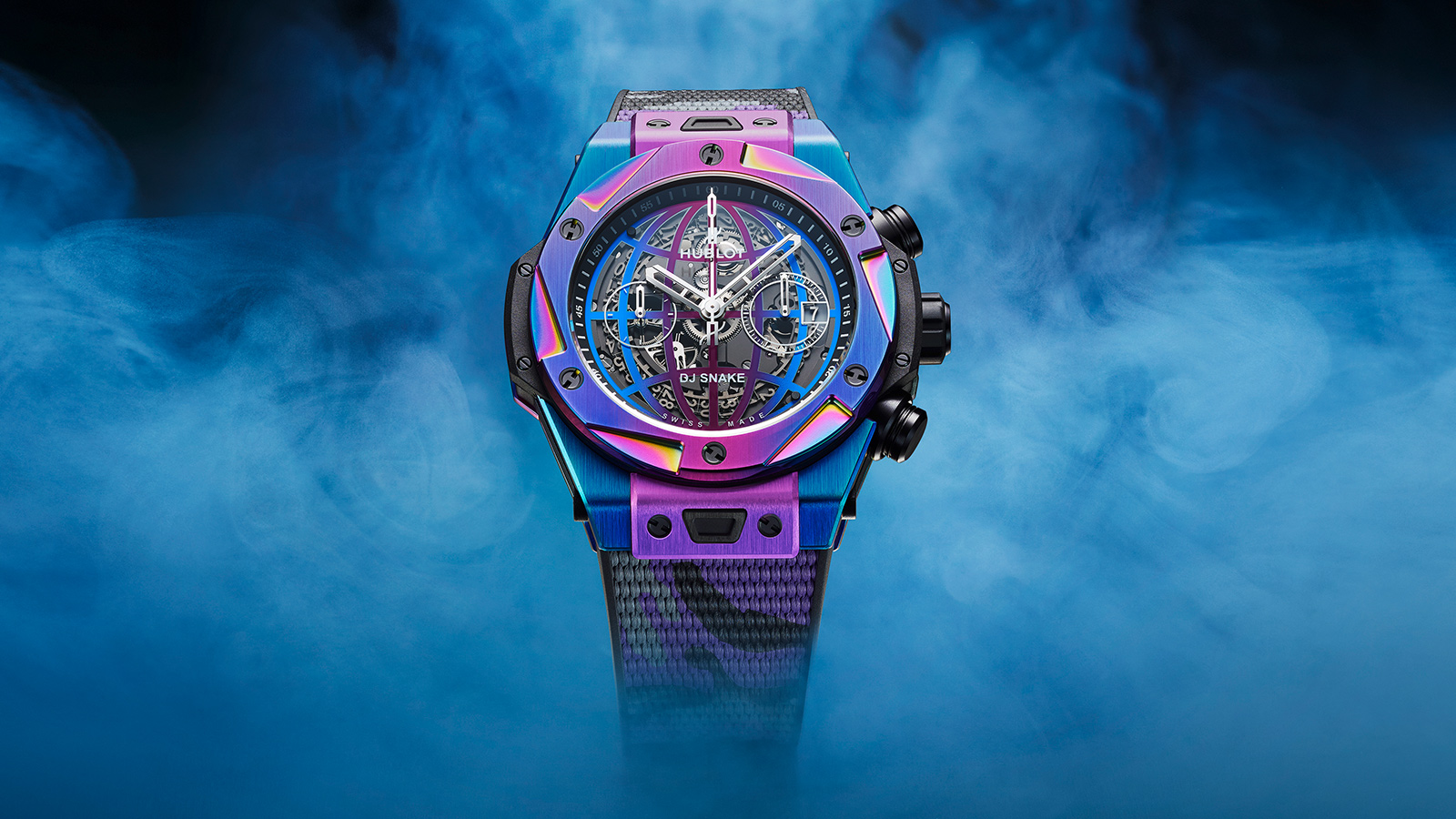 Swiss watchmaker Hublot has just released a new exclusive watch in collaboration with French musician, DJ Snake. The watch, dubbed aptly enough as the Big Bang DJ Snake, features iridescent colors showcased on a black titanium case. The Hublot Big Bang DJ Snake is meant to evoke the feeling of an electronic music concert. According to the DJ and record producer, “During the shows, we have the craziest colors, the lasers, and everything and I wanted a watch that can feel this energy — very aggressive and special, something fresh with sick energy.” The 45mm satin-finished, partly skeletonized watch is adorned with what Hublot describes as a “Newton’s Rings” effect in which the range of hues on the timepiece are precisely oriented to achieve a high level of iridescence that changes with the light and the angle of the viewer.

DJ Snake was intimately involved in the design of his namesake’s Big Bang. He chose a design detail for the watch’s dial that speaks to his worldwide reach: a stylized globe. “A lot of people say I make electronic music, but I would say I make world music. That’s why we have a globe on the watch because we always wanted to be global,” he says. The Hublot Big Bang DJ Snake’s case back also has a colorful glow with sapphire crystals, while the words “limited-edition” are engraved into the case, as only 100 examples of the timepiece are available. With a sapphire dial, the model’s silver metal counters contrast handsomely with a conceptual map of the world in gradients of blue and purple. Equipped with Hublot’s Calibre HUB1242, the new Big Bang comes with two rubber strap options in camouflage or ribbed black.

Check out another recent release by Hublot – the Big Bang Integral Tourbillon Rainbow. 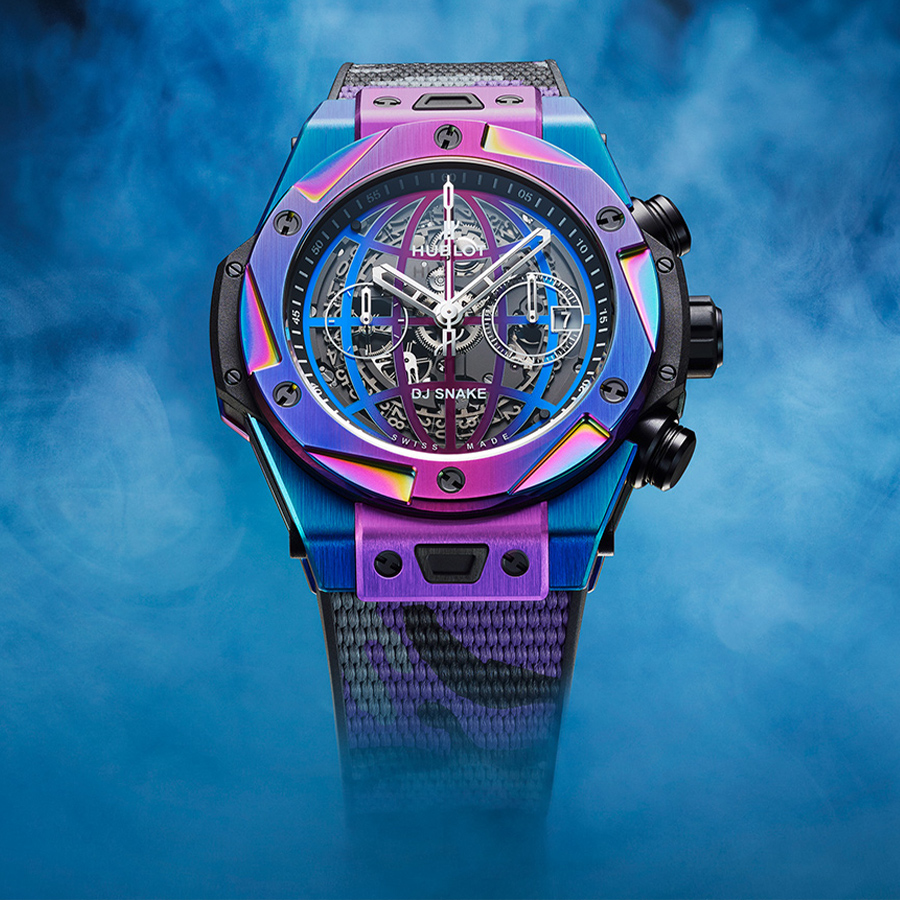