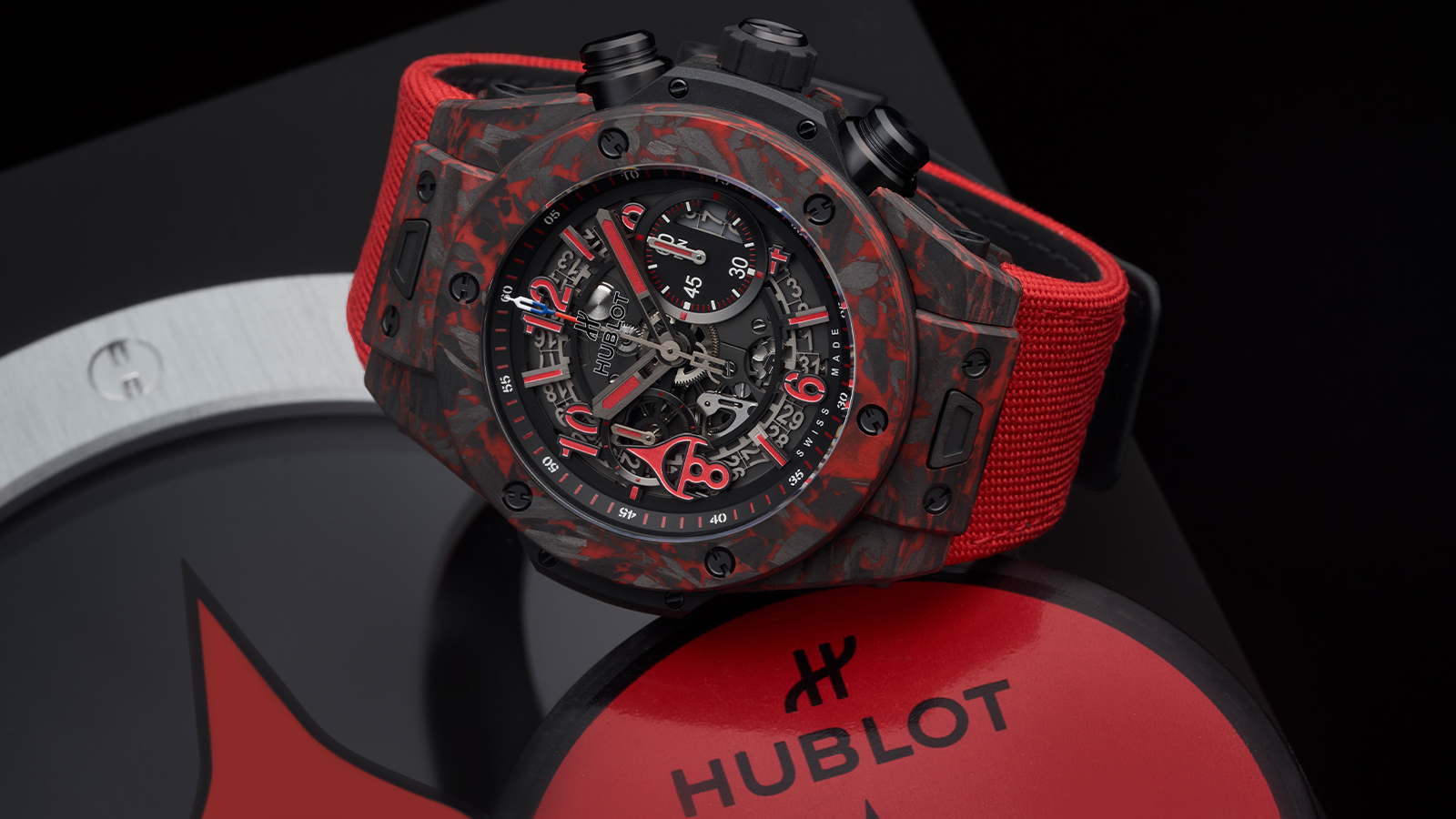 Hublot recently announced a limited edition timepiece designed to honor Russian ice hockey superstar Alex Ovechkin, known as the greatest ice hockey player of his generation. The 2021 Hublot Big Bang Unico Red Carbon Alex Ovechkin 4Hz flyback chronograph has been encased in Red Carbon, with a red velcro strap as a nod to the hockey star’s nationality. The timepiece features the ‘Great Eight’ logo that is situated on the dial at 8 o’clock. (Ovechkin is known as ‘The Great Eight’ because of his jersey number.) It also features Ovechkin’s signature on the sapphire crystal case back. Speaking about his association with Hublot, Ovechkin commented, “To work with my favorite watch brand and design a watch, as well as have it named after me is a huge honor.”

Alex Ovechkin is a player that is well worth the honor as he is one of only seven other ice hockey players in National Hockey League history to score 700 career goals, and he also led the Capitals to their first-ever Stanley Cup win. Alex Ovechkin holds the current scoring record for active players in the NHL. His accomplishment of reaching the 700 goal mark reaffirmed his status as an all-time great in the game and as a storied global sports icon. The 2021 Hublot Big Bang Unico Red Carbon Alex Ovechkin chronograph is a worthy tribute to this modern-day hero on the ice. The watch is being sold exclusively in Russia for the next 30 days before going on sale worldwide after that.

In other Hublot news, be sure to check out the Hublot Big Bang e Premier League Smartwatch. 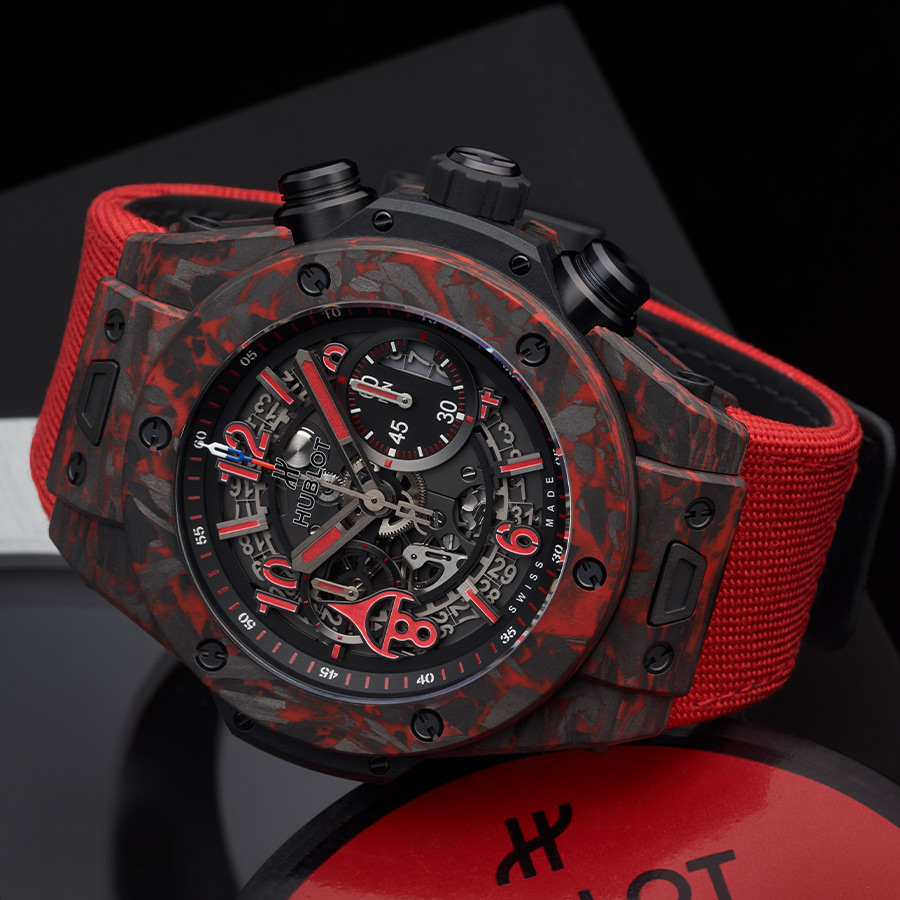