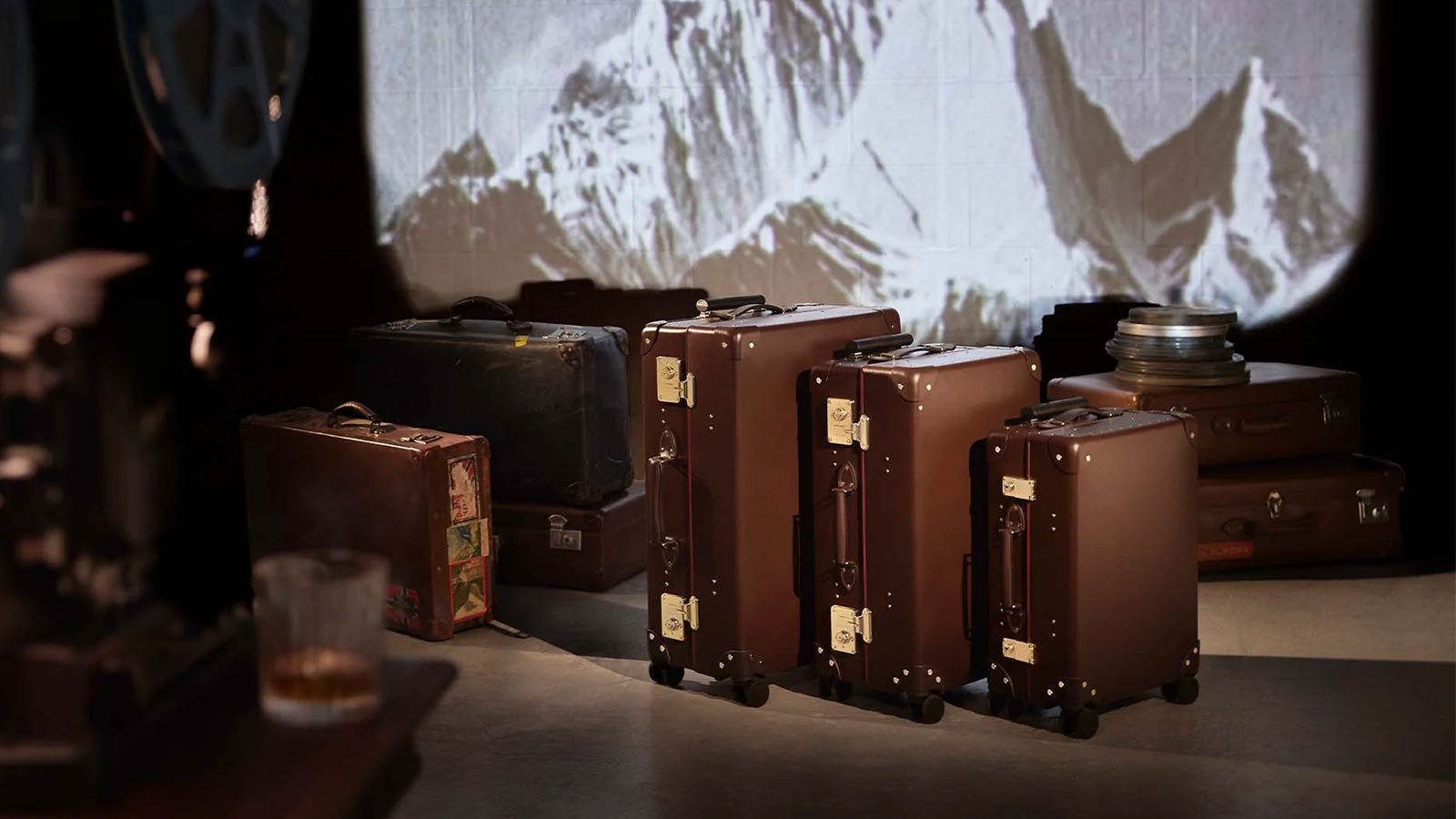 Quasquicentennial isn’t a word that you hear very often, so when a company like Globe-Trotter is celebrating its 125th year of craftsmanship, it’s an occasion worth noting. Globe-Trotter has introduced a modern interpretation of its Original suitcase first made in 1897 with the addition of its new 4-Wheel collection. The upcycled suitcase is available in three iconic colors (black, brown, and navy) and three sizes (carry-on, medium, and large).

First produced in 1897 in Germany, Globe-Trotter moved to the UK in 1932. The Globe-Trotter Original Luggage and Suitcase Collection highlights the luxury luggage manufacturer’s original design. The Globe-Trotter patented use of vulcanized fibreboard in their suitcases helped distinguish these suitcases by allowing strength and durability despite their light weight. According to Globe-Trotter, “Production still takes place by hand in England. We apply the same attention to detail, using some of the same production methods and machinery of the Victorian era.”

Globe-Trotter’s long-standing tagline for the Original Collection as “The World’s Most Famous Suitcase” has certainly held over the years, having been used most famously by Sir Winston Churchill and Queen Elizabeth II. Famed New Zealand explorer Edmund Hillary used Globe-Trotter products in his expedition to climb Mt. Everest. In the early 20th century, Captain Robert F. Scott and Roald Amundsen both carried Globe-Trotter luggage on their Antarctic expeditions. Modern-day celebrities, Daniel Craig, David Beckham, Kate Moss, and Emma Watson are all Globe-Trotter enthusiasts.

For more EDC, check out the Vocier P55 Carry-On Luggage.